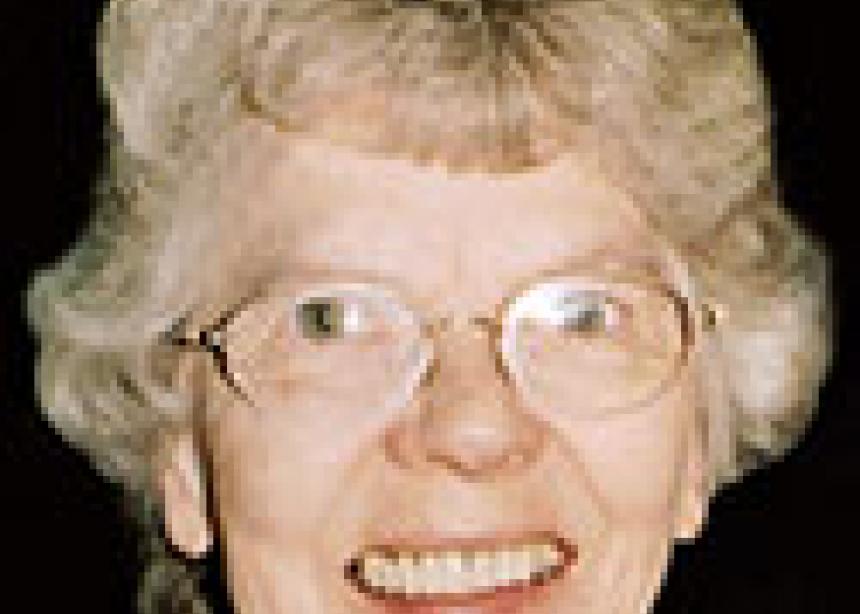 LaVerna Klippenstein will be remembered by many Canadian Mennonite readers for the columns she wrote in the Mennonite Reporter, precursor to this publication. She was also a regular columnist for 30 years for Christian Living magazine. Being a strong supporter of Christian education and the nurturing of Christian faith, she wrote many devotionals for Rejoice! and other publications.

She frequently gave presentations that, like her writing, addressed themes of Christian values and personal relationships. “One of the topics she liked to write about was ‘simple living’ because that was how she believed we should live,” recalled Lawrence, her husband of 57 years.

She passed away on March 4 at Bethesda Hospital in Steinbach, Man., at the age of 79. She is survived by her husband, three sons and a daughter and their families.

She was born in Steinbach to Peter D. and Maria Reimer on April 22, 1934. Although she missed an entire year of school when she was 14 due to polio, she did not let that deter her from completing Grade 12 and graduating with the same friends with whom she had begun her education.

After completing Normal School, she taught for three years before marrying Lawrence Klippenstein of Altona, Man., in 1956. Together, they served with Mennonite Pioneer Mission in the Métis community of Matheson Island for two years.

When they completed their studies at Goshen College in Indiana, and moved to Winnipeg, he taught at Canadian Mennonite Bible College and she devoted her time to her family. Their children Norman, Noreen and Nathan were born during those years. She also devoted time to Sunday school teaching, substitute teaching in the public schools, writing and speaking.

When the family moved to Minneapolis, Minn., for four years, she studied special education and taught at the Kenny Institute for physically disabled high school students. She found this work very fulfilling. Their fourth child, Nevin, was born during this time.

During the years that followed in Gretna, Altona and then Winnipeg, she continued to devote time to her family, to writing, and to reaching out and relating to people. Many remember her deep compassion and service for people who were lonely and in need of friendship. Her family remembers how she reached out to refugees, immigrants and many others in need during those years.

In more recent years, she and Lawrence accepted several Mennonite Central Committee service sabbaticals that took them to London, England, and Moscow.

Her life took a very difficult turn in 2004, when she suffered a devastating stroke. No longer was she able to enjoy her life-long love and skill with words. “Her life was a life of sermons, not in the traditional sense, but in the way she wrote and taught and lived,” said Lawrence.

A funeral service was held on March 8 in Winnipeg. 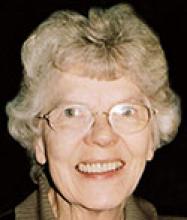