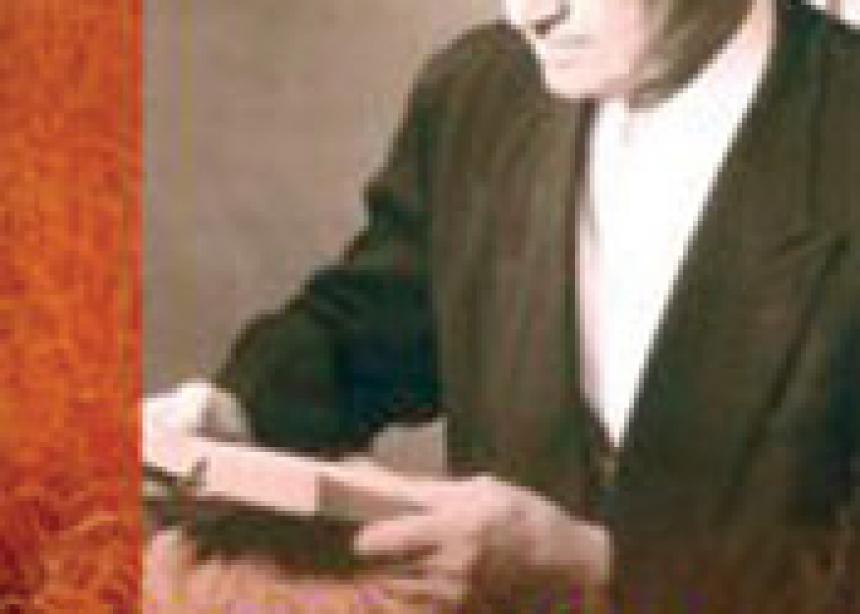 This comprehensive biography of Wilhelm H. Falk (1892-1976), founding bishop of the Rudnerweide Mennonite Conference, is an important addition to the history of Mennonites, particularly in southern Manitoba. The book outlines the early history and origins of the Rudnerweide Gemeinde, later to become the Evangelical Mennonite Mission Church.

Through a unique church leadership discerning process, Falk became a minister in the Sommerfelder Mennonite Church, an off-shoot of the General Conference that emphasized tradition as a means of preserving the essence of Mennonite faith and identity.

A humble yet inquiring man, Falk was influenced by local revival events. He became convinced of the importance of evangelizing and began to support such “radical” activities as Sunday evening church services. This created sufficient discomfort within the Sommerfelder leadership that a formal split ensued.

A Prairie Pilgrim details the difficult separation and Falk’s ongoing work of leading this fledgling church conference as its bishop. Falk remarried after the untimely death of his first wife and had 12 children who lived past infancy. Although he received no pay and made his living from farming, he sacrificially devoted most of his energies to his role of bishop. He travelled extensively, often leaving his family to essentially fend for themselves. After 27 years of dedicated sacrificial service, Falk, who believed he had been appointed bishop for life, was sidelined in a painful process which many of his family felt was unjust.

With this revisionist biography, Mary Neufeld, Falk’s daughter, has given her extended family and the Mennonite community a rare gift. Although somewhat uneven at times—it would benefit from a diligent editor—in many respects it is a sociological history of the Mennonites in southern Manitoba, presenting a fascinating picture of how power shifted from a hierarchical bishop-based church structure to a localized pastor-based structure.

In some respects, the book is very personal, in that people named or their close relatives are still alive. Some explanations appear angry and defensive. The evolving state of southern Manitoba’s health care, and the story of mental illness also threads its way through the narrative. Falk is identified as having too sensitive a nature to carry the leadership load, but he rises to the challenge only to succumb periodically to the “dark dogs of depression.”

The latter part of the book is about a beloved but aging leader put out to pasture, having outlived his organizational usefulness, but increasingly revered by members of his family.

This book paints a fascinating picture of the ever-evolving Mennonite church community, moving through stages of traditions, language wars, urbanization and education. Definitely a worthwhile read for those familiar with that era and for those who would strive to understand the complex world of the “quiet in the land.”