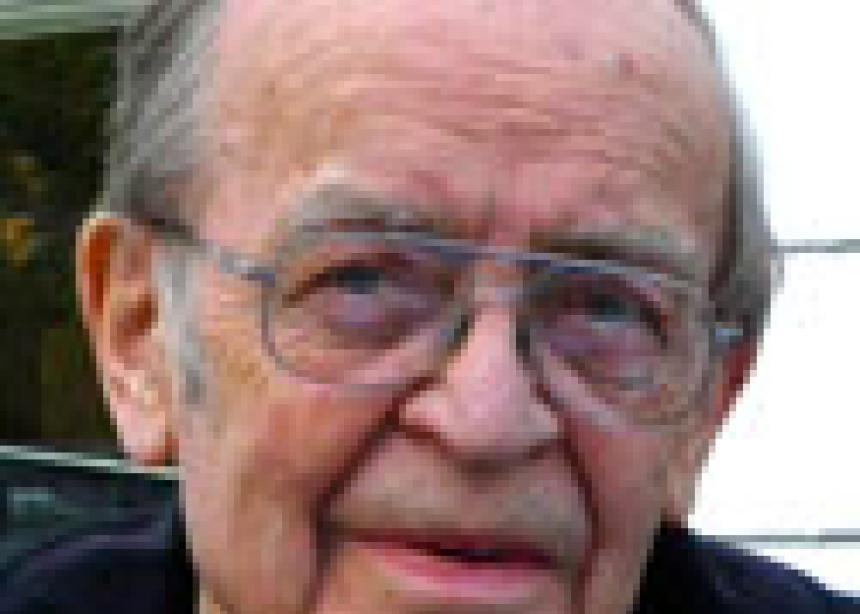 Joseph S. Neufeld was born into a large Mennonite family and community in rural Alberta. Having many sisters and brothers, and growing up in the Dirty Thirties, he quickly developed an ability to accommodate others, and be resourceful and generous. He saw Christian faith-in-action modelled, a lesson he took as his own.

Dad was a lifelong learner and educator who began teaching in a rural Alberta one-room school. He had many stories of those early years, finding ways to motivate strapping farm boys who saw little value in school until he showed them how to shoot a puck or throw a softball at recess.

Dad spent seven years at Rosthern Junior College, Sask., where he taught, coached sports teams, directed dramas and helped supervise dorm life. His academic training reflected his love for learning, rather than being driven by single-minded career ambitions. It included a bachelor of Christian education degree from Canadian Mennonite University and ultimately a Ph.D. in psychology from the University of Alberta, where he researched the subject of teacher attitudes and open-mindedness.

Dad became a professor in the Department of Educational Psychology at the University of Regina for the next 24 years, where he touched the lives of hundreds of students wanting to become teachers themselves. Dad never tired of interacting with students, and was not happy when forced to retire from the university at 65.

Another passion was international development, an interest that shaped his broad perspective of the world. In 1964, he began what was to become a 30-year involvement with Mennonite Central Committee (MCC), first as chair of the board of MCC Saskatchewan, then as vice-chair of MCC Canada and a board member of MCC International. He also had the privilege of serving on short-term assignments for MCC in parts of southeast Asia, Chad, Zaire, Congo and Burkina Faso. A year teaching in Taiwan was a particular highlight, as were multiple teaching assignments in China. Wherever he travelled, Dad embraced new experiences, new foods and meeting new people from all walks of life.

Dad had a strong faith in God and was active in the church, helping establish Foothills Mennonite Church in Calgary in the late 1950s, and holding volunteer positions as youth leader, Sunday school teacher, church board member and church counsellor in various congregations for the next 40 years, including Grace Mennonite Church, Regina.

Dad was a strong supporter of the larger church as well. Most summer vacations included car trips across the country and the United States to attend Mennonite gatherings. He could be counted on to ask pointed but constructive questions at these meetings. He also gave countless workshops, along with his life companion and co- educator Jeanette Janzen, on Christian perspectives on work and family life challenges.

Dad was generous with his time. In retirement, his compassion for others was reflected in many hours spent visiting individuals in their homes, in coffee shops and hospitals, and calling friends and family all over the country to encourage them.

Over his lifetime, Dad also loved working with his hands, whether it was helping his brother do chores on the family farm, woodworking projects, or designing and hooking his own rug patterns.

Joe Neufeld’s rich life ended on June 27, 2012, after a brief illness. Even as we grieve his sudden passing, we celebrate his life and take inspiration from his model of servant leadership. He is survived by his wife Jeanette; sons Keith (Phyllis) and David (Maureen); grandchildren Chris, Ryan, Nicole and Janelle; and siblings Paul, Trudi and Zelma, and their families. 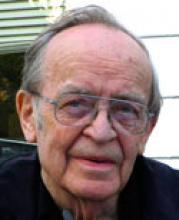