A serious interest in student well-being 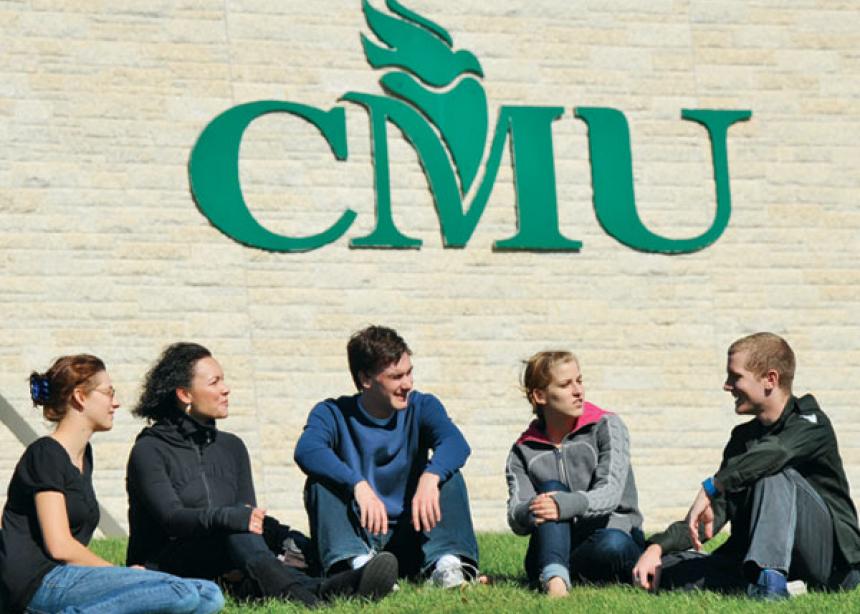 Lindsay Braul can vouch that Sorensen’s words aren’t just good PR. Braul put her studies at the University of Regina, Sask., on hold to come to CMU, where she found something she’d been missing. Braul went straight from Grade 12 into an education degree program at the University of Regina. She worked hard to get high marks and qualify for scholarships. It was a lonely year, she recalls. She didn’t have time for her friends or personal growth. “Parts were missing,” she says. “I was ready to leave my hometown and try something new.”

Her parents encouraged her to attend CMU for a year.

“It was refreshing,” says Braul. It startled her to be around people who talked openly about God. “It’s the first time I’ve been surrounded by a lot of people who also believe,” she says.

Even though she describes herself as a science student who “would rather do math equations than write a paper,” Braul says getting a three-year arts degree at CMU has been the best choice she could have made. While she plans to pick up her studies in Regina again, she says that what she learned at CMU will inform the way she lives her life.

Joshua Krueger, majoring in international development studies, says CMU has boosted his confidence. He was 17 when he came to CMU from Ladner, B.C., on a $10,000 leadership scholarship. Unsure about his major, he signed up for every class that looked interesting and joined the volleyball team. “One of the guys took me under his wing,” says Krueger. “These 23- or 24-year-old guys had no problem hanging out with me. . . . By second semester I had tons of self-confidence.”

Adam Janzen of Coaldale, Alta., came to CMU because of its budding sciences program, but he ended up taking many Bible and theology classes as well. At CMU, he discovered how theology and science illuminate and inform each other. “I want to take the things that I learned about theology and my faith here, and take them wherever I go,” he says.

Few students at CMU have a more dramatic story than Christy Anderson, a communications major who is preparing to graduate this spring. She spoke recently at a CMU chapel service in which she told about an abusive childhood and her struggle for fulfillment that led to an addiction to hard drugs and the spiralling chaos of not caring whether she overdosed or died.

Anderson shed tears when she described how she saw the face of Christ in a detox centre on Main St. and of how this began her healing journey.

Telling her story in chapel isn’t something Anderson was ready to do when she first arrived at CMU. “I was nervous,” she recalls. “I was thinking, ‘I’m a single parent. I’ve got a one-year-old, and I’m 30 years old. How am I going to fit into this place?’

“But what I found was just total acceptance. I was welcomed here just like anyone else,” says Anderson, who is part Ojibwe. “I have a lot of brothers and sisters here.”

A Christian university ought to offer students an alternative to mainstream culture, Sorensen believes. “Our culture today is acquisitive, commercial and pretty unloving,” she says. “Someone needs to demonstrate that there are other ways to think and to live. Working and studying in a faith-based institution, as far as I’m concerned, just signals that we take love and justice and compassion seriously.” 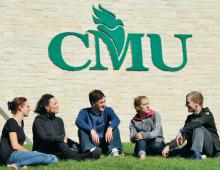