The role of faith in our culture 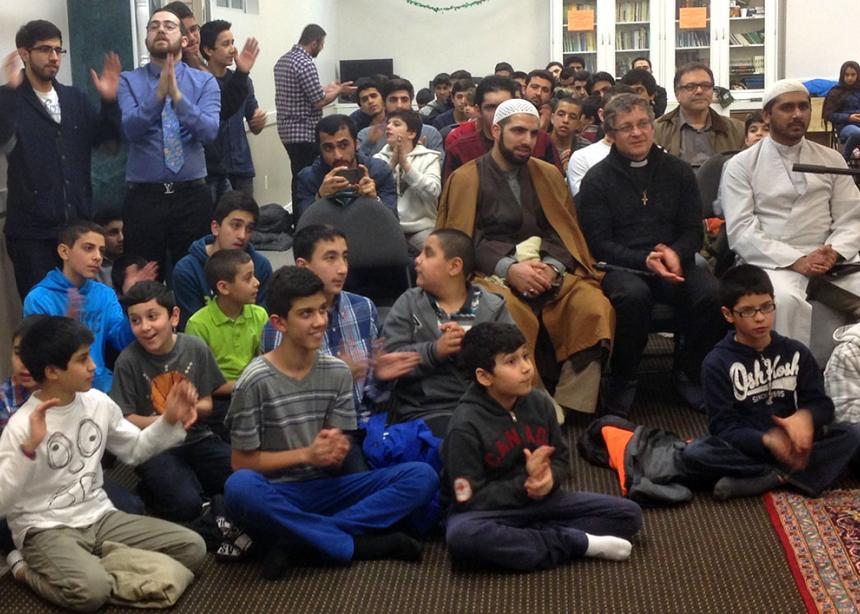 On Jan. 17, 2014,Tim Kuepfer, pastor of Peace Mennonite Church, Richmond, B.C., was invited to join a local Muslim youth gathering for the commemoration of the birth of the Prophet Mohammed. What follows is an adaptation of his message to this gathering.

I am so impressed by this way you choose to honour your revered founder: inviting guests from other faiths and backgrounds to reflect on a subject that was very, very important to both your founder and mine. Islam and Christianity are both deeply concerned about the questions you have posed today:

Both Christians and Muslims agree that our faith is not something to be hidden in a closet. It is true that our faith is something we hold very dear within our hearts, internally. But our faith is not just internal and private. If it does make such a difference inside us, can we not also expect it to make an enormous difference in our world, publicly? If our faith is internal and personal, transforming our lives from the inside out, we should expect this personal faith to also be a public faith, a world-changing faith. If our faith is personally life-giving, surely we’d also expect it to be life-giving when shared with others.

But what if people disagree with our firmly held convictions? What if our public faith, anchored deeply in our hearts, gets rejected? Won’t this cause trouble? Many in our culture are deeply fearful of this shadow side of religious faith.

Some of the most popular books today, which keep climbing to the top of the bestseller lists, are written by a group called the New Atheists. They say that faith is a dangerous public enemy. They say that faith in God creates conflict and is the cause of many of the problems in our world.

The most famous of these New Atheists are Richard Dawkins, known for his book The God Delusion; Christopher Hitchens, whose most famous book is God is Not Great: How Religion Poisons Everything; Sam Harris, who wrote Letter to a Christian Nation: A Challenge to the Faith of America and The End of Faith; and Daniel Dennett, who writes books like Breaking the Spell: Religion as a Natural Phenomenon.

These are very gifted communicators. Why are their arguments so persuasive to so many? Is it perhaps because too often we people of faith are not following our own books? Could it be because we preach love and mercy and peace, but we do not always act in love, in mercy, in peace?

We Christians turn, of course, to the gospel—the injeel—to learn about the way of Jesus the Messiah and his teachings.

What are the marks of a genuine public Christian faith, according to Jesus the Messiah?

From the very first day of his ministry to the day of his death, Jesus insisted on using unapologetically political language: He proclaimed the kingdom of God. Consider his inaugural speech at the very beginning of his ministry: “Jesus went into Galilee, proclaiming the good news of God. ‘The time has come,’ he said. ‘The kingdom of God has come near. Repent and believe the good news’ ” (Mark 1:14-15).

Time and time again Jesus stated: “I have come to establish the kingdom of God.” He would begin story after story with, “The kingdom of God is like . . . .” More than a hundred times in the gospels Jesus declares this kingdom of God, and himself the king.

Muslims also believe strongly that their public faith is political. Surah 3:110 of the Qur’an says: “You [Muslims] are the best nation brought out for mankind, commanding what is righteous and forbidding what is wrong.”

Jesus taught us, “You have heard that it was said, ‘Eye for eye, and tooth for tooth.’ But I tell you, ‘Do not [violently] resist an evil person.’ . . . Love your enemies. Do good to those who hate you, and pray for those who persecute you” (Matthew 5:38-48); and, “Blessed are the peacemakers; they will be called children of God” (Matthew 5:9).

The night before Jesus was put to death, his disciples were arguing among themselves about who would be the greatest, and who would take up the most coveted positions in government when Jesus became king.

So what did Jesus do? He got down on his knees, took a basin of water, and humbly washed each one of his disciples’ dirty feet—even the feet of Judas, who later betrayed him. And this is what he said that night: “The kings of [this world] lord it over [their subjects]; and those who exercise authority over them call themselves ‘benefactors.’ But you are not to be like that. Instead, the greatest among you should be like the youngest, and the one who rules like the one who serves” (Luke 22:24-27).

Politicians want us to be sacrificial. They want us to be patriotic. The greatest patriotism, we are told, is to be willing to die for your country, to sacrifice your life for your nation. The kings of this world demand that we lay down our lives for them and for their agenda.

Jesus, our king, did just the opposite. He laid down his life as the ultimate sacrifice for his subjects. Christ loved his enemies. He prayed for those who nailed him to the cross. He said, “God, forgive them; they don’t know what they are doing.” The cross is the central and ultimate symbol of Christianity. Jesus kept prophesying all throughout his ministry that he would be lifted up on a throne. Nobody understood that this throne on which he would be lifted up would be that terrible cross on which he died.

Now, many martyrs have followed Jesus in his death. We also commemorate the birth of Martin Luther King Jr., who sacrificed his life in 1968, the year before I was born, for the sake of millions in the United States.

Courage is also the mark of one of our Mennonite organizations: Christian Peacemaker Teams (CPT). Many CPT teams have gone to Palestine/Israel to stand between Israeli soldiers with their guns and Palestinian teenagers with their rocks. Getting in the way, they willingly sacrifice their bodies for the sake of the peace of the kingdom of God. CPT has stood in the way in Iraq during the Gulf Wars, in Colombia, in Haiti and in troubled African nations.

As a Christian, I trust Jesus was true and not mistaken: that these are indeed the ways that faith can have an enormous role for good in our culture.

Salam alaikum and God bless you. 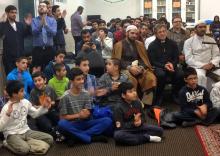 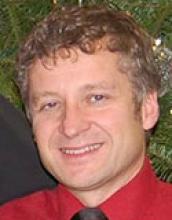