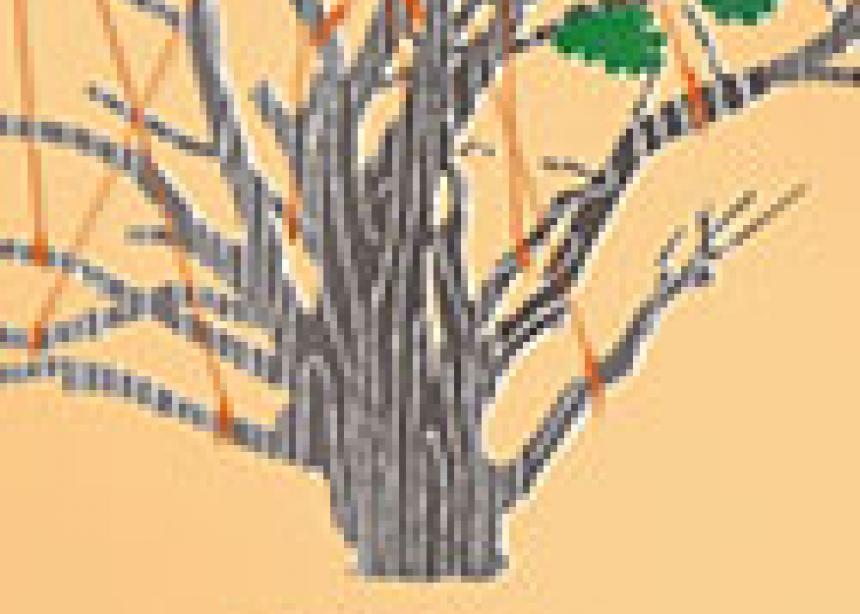 In his new book Rewriting the Break Event, Robert Zacharias identifies a major theme running through four works of Canadian Mennonite literature. The author is currently a postdoctoral fellow at the University of Waterloo and is connected to Conrad Grebel University College.

Al Reimer’s book My Harp is Turned to Mourning is read as a religious narrative, where Arnold Dyck’s Lost in the Steppe is read as a story with cultural or ethnic significance. Sandra Birdsell’s book The Russlander is then interpreted as a narrative about trauma, where Rudy Wiebe’s Blue Mountains of China is understood as a “metanarrative” (a story about a story). Moving in order through these four novels, Zacharias shows how the repetitive retelling and reinterpreting of the “break event” contributes to the identity of Russian Mennonites in Canada.

The introduction to the book outlines several ways in which the identity of a particular community is reinforced by the act of writing or telling stories. The introduction argues that the repetitive reimagining of a community’s origin is a multifaceted gesture. In one way, rewriting the break event of the Russian Mennonite story is a way of coming to grips with the trauma of migration. In another way, the story of exile is retold in order to keep the history of that exodus alive in the minds of a new generation.

Rewriting the Break Event is a work of considerable depth, written in an academic style for a scholarly book series. Despite its origin as a doctoral thesis, the book is elegantly written and assembled. Some familiarity with the novels that the book examines would be helpful for the reader, as well as an understanding of the vocabulary of literary criticism. However, these suggestions should not be barriers for the curious reader.

Zacharias’ book contains a wealth of insight, and is a careful reading of both its sources and the cultural landscape of Russian Mennonites. The book also contributes to the ongoing conversation about Mennonite writing, drawing upon the work of John L. Ruth and being influenced by the work of Hildi Froese Tiessen and Jeff Gundy. I would highly recommend it to those interested not only in what Mennonites write, but also to those interested in how Mennonites are writing.

Maxwell Kennel is a student in the MTS program at Conrad Grebel University College.