Responding to terrorism: a Christ-centred approach 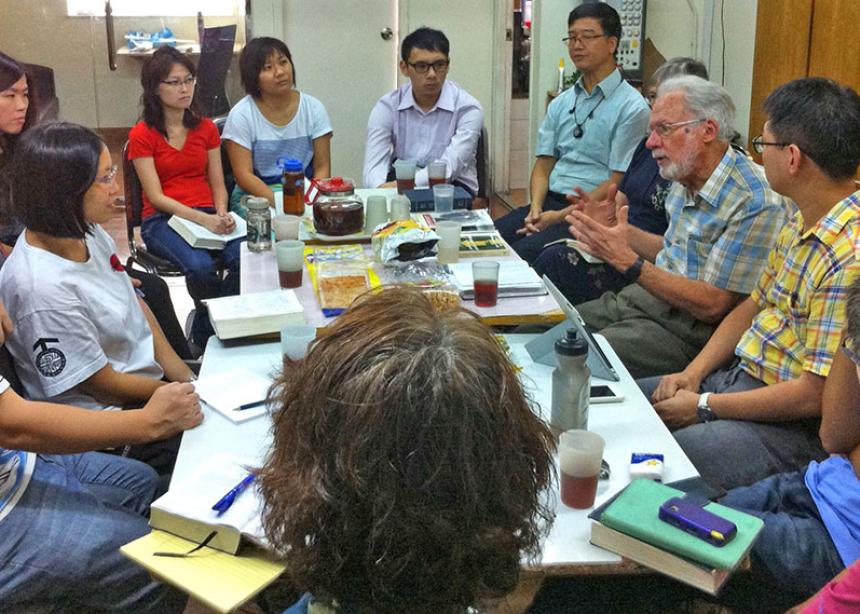 “Are Muslims trying to take over America?” “Who are the ‘true Muslims’—the peaceful ones or the violent ones?” “How should Christians respond to jihadi Muslims?” “Isn’t force the only effective way to respond to Islamist terrorism?”

The Christian/Muslim Relations Team of Eastern Mennonite Missions hears such questions on a regular basis. These inquiries motivated team members Jonathan Bornman, Sheryl Martin, Andres Prins, and David and Grace Shenk to craft their recent statement,  “Confessing the peace of Jesus in a terroristic world,” which can be found at canadianmennonite.org/peace-of-jesus.

“Our desire is for Christians to take seriously the command of Jesus to be peacemakers and our calling to be Christ’s ambassadors and ministers of reconciliation,” says Bornman. “We have been entrusted with a message of freedom, reconciliation and salvation. Muslims won’t hear our witness unless faithful disciples of Jesus build friendships in which this message can be shared.”

“When I talk to Muslims about the violence of Boko Haram or Isis, they usually respond with, ‘That’s not true Islam,’ or, ‘More guns and airplanes are needed to destroy such aggressors,’” Bornman says. “These responses remind me of the uniqueness of the church’s message of forgiveness, reconciliation, healing and restoration, a message which is vitally important in our world.”

“There is much concern worldwide about terrorism,” says David Shenk. “There’s concern about terrorism emanating from Muslim societies. There is also much concern about western powers; the world lives within the shadow of the U.S. occupation of both Iraq and Afghanistan. I am dismayed by how high the walls dividing Muslims and Christians have become in many regions of the world. What should the response of New Testament Christians be?”

“As we meet with congregations we sense that people are perplexed and want a better understanding of Islam and how to relate to Muslims in peacebuilding ways,” says Grace Shenk. “We need to be awake and aware in these difficult times. We need to ask God, ‘What is my responsibility in times like these? What do you want me to do? What should we as a community of faith do? How can we be involved?’”

The team’s statement addresses two differing Muslim “voices” and offers seven practical, transformative actions for Christians who desire to be messengers of God’s healing and peace through Jesus.

“I am grieved that many Christians have written off Muslims as unapproachable, as sworn enemies, or as not open to nor in need of God’s redemptive love in the Messiah,” Prins says. “I have heard of many Christians who have had Muslim neighbours for years and never sought to get to know them, extended hospitality, shared about spiritual matters, or offered to pray in Jesus’ name for God’s blessing in their lives—something most Muslims deeply appreciate.”

“Many of my Muslim friends have expressed surprise when they get acquainted with us and discover that my family and I honour and worship God and keep moral family standards,” Martin says. “Even though we may look different, speak different languages and dress differently, inside we all have the same needs and desires.”

Martin says she is always pleased to receive phone calls about how to reach out. “One Christian woman who was reaching out to her Iraqi neighbours asked for conversation ideas given their limited common vocabulary,” she says. “I encouraged her to share their family photo album.”

A few months ago Martin shared with Muslim friends how the wife of Jerry Umanos, a U.S. pediatrician killed by a gunman in Afghanistan in April 2014, said she was able to forgive her husband’s killer. The older Muslim woman was shocked and said, “He should never be forgiven.”

“Although forgiveness is commended in the Qur’an, retribution is a prominent theme,” Martin explains. “Forgiving instead of seeking revenge is an amazing grace offered through Christ.”

“All the Muslims I have shared with about our ‘peacemakers confessing Christ’ work have expressed approval and appreciation,” Prins says. “I recently had a surprising airport conversation with a Saudi Arabian Shia Muslim who showed keen interest in reading, for the first time in his life, some of Jesus’ teachings in the gospel. At one point he asked me how we managed to do peacemaking without slipping into ‘proselytism.’ I answered that everyone is trying in one way or another to convince everyone else of what they believe. The important thing is that we do it respectfully and honestly. He agreed.”

“There is hope,” David Shenk says. “With the escalation in global violence, a lot of people yearn for peace. There is an interest in Jesus and his peace among people around the world, including Muslims.”

"Confessing the peace of Jesus in a terroristic world" 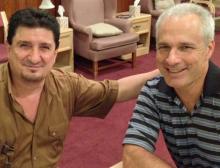