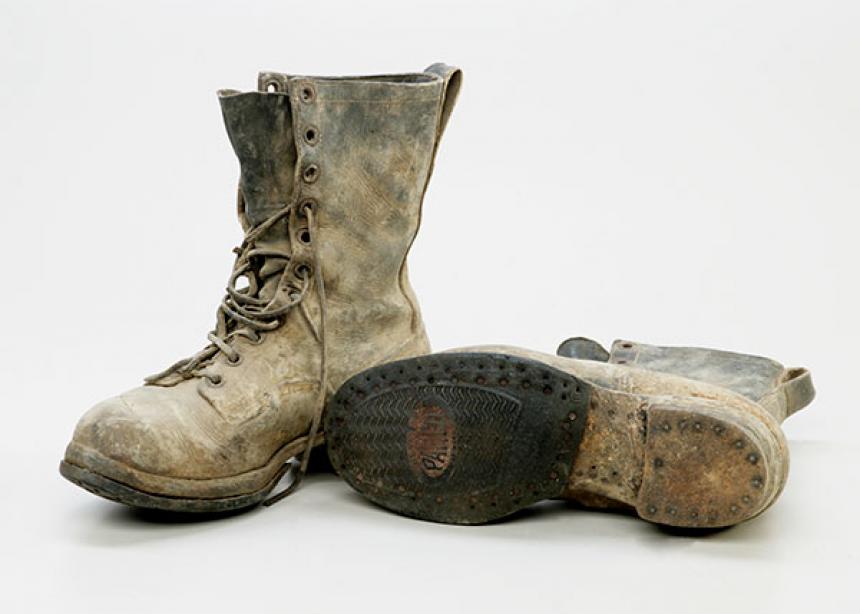 It’s an unusual place for an exhibition about peace. Instead of in a Mennonite institution, this exhibition is at the Canadian War Museum in Ottawa where permanent exhibit space has row upon row of war machines.

“The mandate at the Canadian War Museum is to look at Canada’s military history,” explains Amber Lloydlangston, assistant historian at the museum and curator of this exhibition. “We wanted to look at responses to war. This exhibition explores the range of actions that Canadians have taken for peace.”

The exhibition details 12 episodes in Canadian history. The first occurred centuries ago when the Six Nations (Iroquois) Confederacy developed the Great Law that brought peace among the Iroquois. Other episodes look at the Canada-U.S. border, peaceful for centuries, and Treaty 7, where the 1877 signing with First Nations in what was then the Northwest Territories gave Canada the right to build the cross-Canada railroad. While Canada has observed written treaty terms, it has overlooked many oral promises of aid to the First Nations, and negotiations on aspects of this treaty continue today. Other episodes include Canada’s responses to the two world wars of the 20th century, rebuilding after WWII, the Suez crisis of 1956, and Canada’s response to the 2010 earthquake in Haiti.

Exhibits of specific interest to Mennonites include papers from 1918 confirming that two men were Mennonites and therefore exempt from military service and a relief kit representing the 31,000 kits that MCC sent to Haiti after the 2010 earthquake. A pair of boots worn by Elmon Lichti of Tavistock, Ontario, while in alternative service as a road builder, farmer, and forester represent the 10,000 Canadians who chose alternative service rather than army service during World War II. Elmon’s son Jim says: “Dad did not have an elaborate theology surrounding the decision not to enlist when conscripted. He believed it was the right and faithful thing…to do. He was grateful the government recognized the right of the historic Peace Church to express their conscience in this way.”

Other exhibits include the Nobel Peace Prize medal given to Lester B. Pearson for his peacekeeping solution to the Suez crisis and the wampum belt design celebrating the formation of the Iroquois Confederacy. Several panels detail incidents causing tension along the Canada-U.S. border, such as the 1859 Pig War. The display also includes the original flag flown on the Greenpeace ship that attempted to prevent an underground nuclear test at Amchitka Island off the coast of Alaska in 1971.

Exhibits dealing with pacifism send mixed messages, perhaps to avert criticism from the military community, some of whom seem to regard any opposition to war as disloyalty and a failure to support our troops. For every quotation or example expressing personal opposition to war, there seems to be another supporting it. The display on alternate service is near a panel stating that “most Canadians supported World War II” and another that tells about Mennonite Leslie Neufeld who chose to enlist and was killed in the D-Day invasion, June 6, 1944.

A peace exhibition that includes war as an option will be jarring to Mennonites and it runs counter to history which shows that while most wars eventually bring about the cessation of hostilities, actual lasting peace is more elusive. A good quote comes from Lester B. Pearson: “Peace is more than the absence of war. Peace cannot exist if there is distress, hunger and despair anywhere.” One might add injustice and inequity to this list.

During the exhibit from May 13, 2013 to Jan. 5, 2014, the museum has organized related activities. On June 9, 17 individuals whose work involves peace were at the Museum as a “Human Library” of peace stories. Paul Heidebrecht, who represented Mennonite Central Committee, wondered if people would be interested in learning about MCC and its work, however he was kept busy with at least seven patrons “checking him out.” He says, “It was a privilege and wonderful opportunity to participate in the library.” According to Lloydlangston, the Museum was “pleased with the turnout” of more than 100 people. Future activities include a one-day conference on Peacebuilding scheduled for Oct. 22, 2013.

Peace churches should appreciate that the War Museum has undertaken an exhibition on peace, which may be a controversial topic. Information about the exhibit and additional activities is on the website (www.warmuseum.ca) under Peace Exhibition, “Events and Extras,” or available from the Museum. When the Ottawa exhibition closes, there are plans to take a smaller version on tour, although the venues are not yet confirmed. 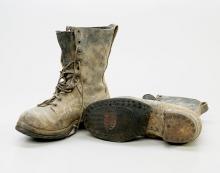