One woman’s journey into the pastorate

January 30, 2013 | God at work in Us
Reviewed by Dave Rogalsky | Eastern Canada Correspondent 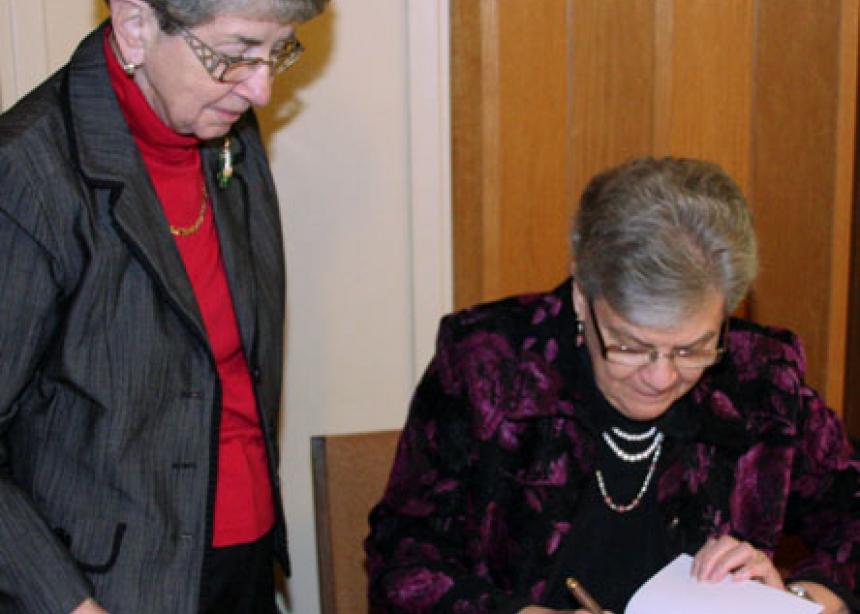 Guelph Mennonite Church, which Martha Smith Good was pastoring, had requested ordination for her, but the then Mennonite Conference of Ontario and Quebec wanted to license her instead.

When she requested a meeting to discuss why she was being asked to submit to that again, after many years of pastoral service and a previous stint of being commissioned and licensed, she was invited to chair a meeting with the conference’s personnel committee. The committee’s reasons were put to rest one after another until no valid reason to put off ordination was left on the table.

In her recently released, self-published memoir, Breaking Ground: One Woman’s Journey into Pastoral Ministry, Smith Good recounts her parting words, “Since I have not heard any valid reason why the request was refused, I am going to leave and wait for a call to come in for a pre-ordination interview. I eagerly anticipate my ordination.”

In 1982, Smith Good became the first woman ordained in conference. Within that year, other women in the conference and the United Mennonite Conference of Ontario were also ordained.

Strength and grace, as exhibited in that meeting, are hallmarks of Smith Good’s life and ministry. In recording her memoirs, she reminds the church of where it has so recently been in regards to half of its members and attendees.

Over and over again, Smith Good needed to push against both the church’s blindness to her gifts, and her own inner voices negating her because she was a woman. From her conservative Waterloo-Markham Mennonite upbringing, to freezing in an exam at Goshen Biblical Seminary as a mature student, as well as the “interrogation” she received at the first church to which she applied, Smith Good pushed with grace against the church’s patterns of doing ministry.

Often, as she was given opportunities to use her gifts, it was her grace and compassion that won over opponents to women in ministry. She graciously ministered to all, supporter or opponent, allowing God to use her gifts.

Smith Good has included few names of those she had to push, even in one particularly painful story where she was “eased” out of a pastoral role in favour of a male candidate by a male pastor and board. This, even after having been called by the congregation. While those who know the history of that congregation could put names to the characters, Smith Good has resisted naming them to the larger church, feeling no need to exact any sort of revenge.

The author is painfully honest about herself as she recounts her own inner struggles. But her vivid dream of driving a bus full of women for whom she is responsible, and who in turn cheer her on at every turn, show her strength and God’s inner call.

One wonders that no denominational publisher was interested in her story. Many feminist leaders in and out of the church believe that, while great gains have been made in women’s rights and their place in society, the stories of the groundbreakers need to be retold, so that those who now benefit from their struggles do not easily or accidentally relinquish those gains.

To order a copy of the book, e-mail the author at mg.good@me.com. 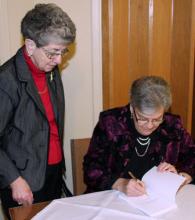