One milk crate of debris at a time 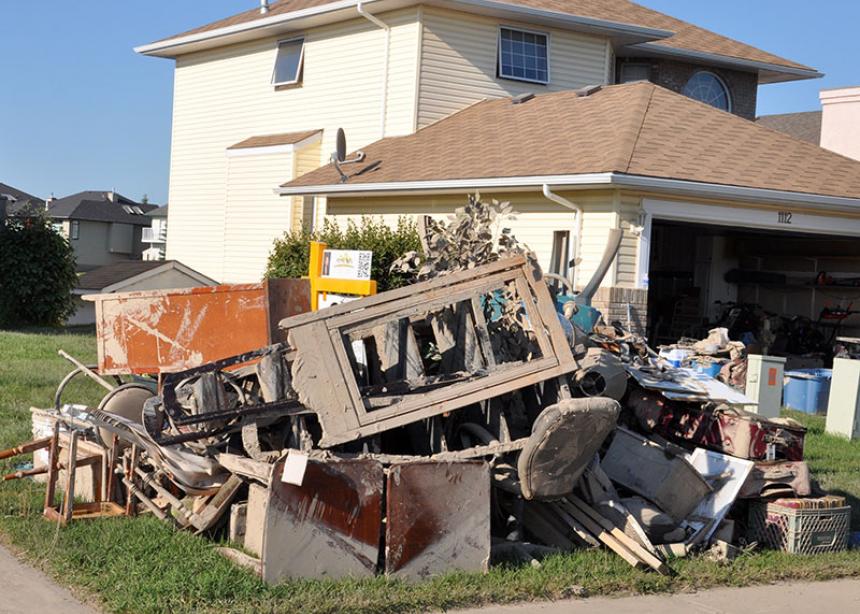 “It was extremely daunting, knowing it was only one small basement on one street,” says volunteer Nancy Thiessen, one of about 250 people who volunteered with Mennonite Disaster Services (MDS) to help with clean-up in High River, Alta., after a flood devastated the city of about 13,000 in late June. “All we could do was take one milk crate of debris up the stairs at a time. I could not imagine the stress of facing that alone.”

“We’ve never dealt with anything like this in Canada before,” says Janet Plenert, MDS director for Canadian operations. “We knew we needed to be present and help in a significant way.”

After the flood, Plenert and Jim Dyck of MDS Alberta began constant communication with the Alberta unit, a group of about 12 volunteers from across the province. During the first week, Plenert and Dyck, along with other local MDS leaders, worked many hours touring and meeting with people and organizations affected by the flood. They also worked with their disaster management partners to ensure collaboration and make sure plans could be adjusted to meet the most urgent needs.

Beginning its work through Samaritan’s Purse, MDS was able to set up on the ground within a week after the flood. This was due to overwhelming support and generosity from churches and individuals across Canada. A businessman and several businesses from La Crete, Alta., donated a new fully stocked tool trailer. Local residents, and several from other parts of Canada, came to help for a day or a week.

Despite the hard work and unimaginable devastation, volunteers were encouraged by the energy and spirit on the ground.

“I’ve never experienced anything like it,” says Thiessen. “In one home where we worked the lady was so overwhelmed with appreciation that she had all of us in tears. I learned so much about graciousness and gratitude.”

MDS is now working on transitioning from emergency-response mode to long-term recovery, seeking individuals and groups to volunteer for a week at a time as rebuilding begins. The hope is that this work will start in October.

“We have an opportunity here in Canada to rally together and serve a group of strangers that need hope,” says Plenert. “There are still many unmet needs and I’m confident that our constituency will rise up, and come and help.”

To volunteer with MDS in Alberta, call the Alberta volunteer coordinator at 587-216-6169. 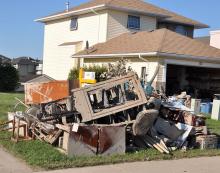