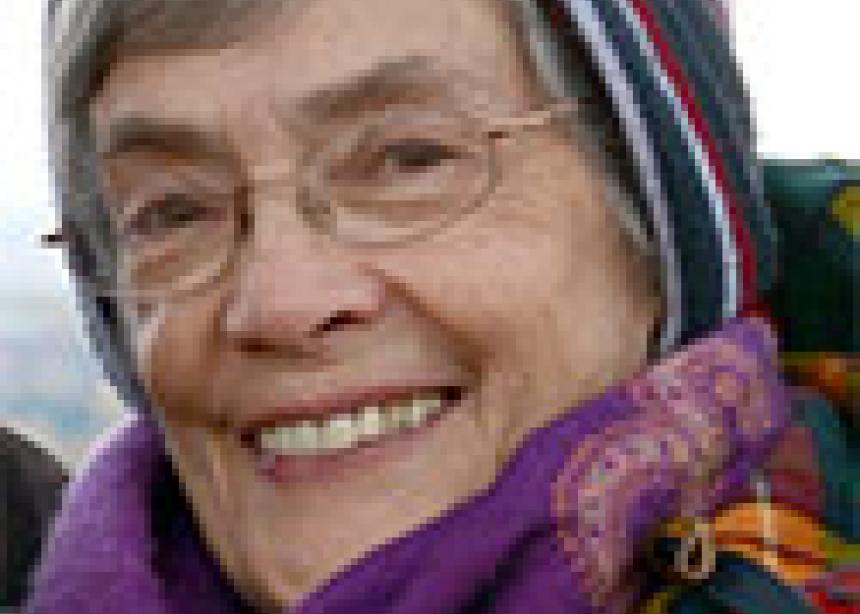 Marianne (Dyck) Thiessen, a charter member of Pineridge Christian Fellowship, Calgary, died on Nov. 8, 2014. Professionally a nurse, yet she was much more than that: a flower that never faded, a softener of hearts, an exemplary mother and wife, a gentle spirit who eased tensions and warmed relationships.

Her journey began in Drake, Sask., on April 5, 1935, and ended in Abbotsford, B.C. It’s the in-between years that are important. Her childhood family moves were not uncommon for teacher/pastor families in rural Canada. Both Marianne and her twin sister, Lilianne, as well as her younger sister, Connie, became nurses. Arnold, her brother, an entomologist, resides in Vienna, Austria.

At Canadian Mennonite Bible College, Winnipeg, she met Bill Thiessen and not long after they married. Their lifetime of service, mostly with Mennonite Central Committee (MCC), continued abroad: Nigeria, then back to Rosthern, Sask., then to Nigeria again. Their international experience was followed by work with MCC Alberta for 14 years, and since 1990 with MCC B.C. In these years she taught, worked as a nurse, hosted guests, parented Joanne and Byron, and constantly engaged in volunteer work.

This continued throughout the years following her retirement until the day before her surgery. With her husband, she travelled abroad extensively, often engaged in service and in supporting MCC service workers. Her uniquely gentle touch on the hearts and lives of the family made her a much-loved wife, mother and friend. Her life was marked by an unwavering attitude of forgiveness. She was strong, wise and full of compassion.

The family has established a Memorial/Endowment Fund through Mennonite Foundation of Canada, with MCC International Global Family Ministries as the beneficiary, to which anyone may contribute. Marianne is survived by Bill, Joanne and Byron (Kim), and two grandchildren: Meghan (Justin) and Jesse. 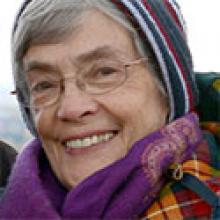