No time to give up on Planet Earth 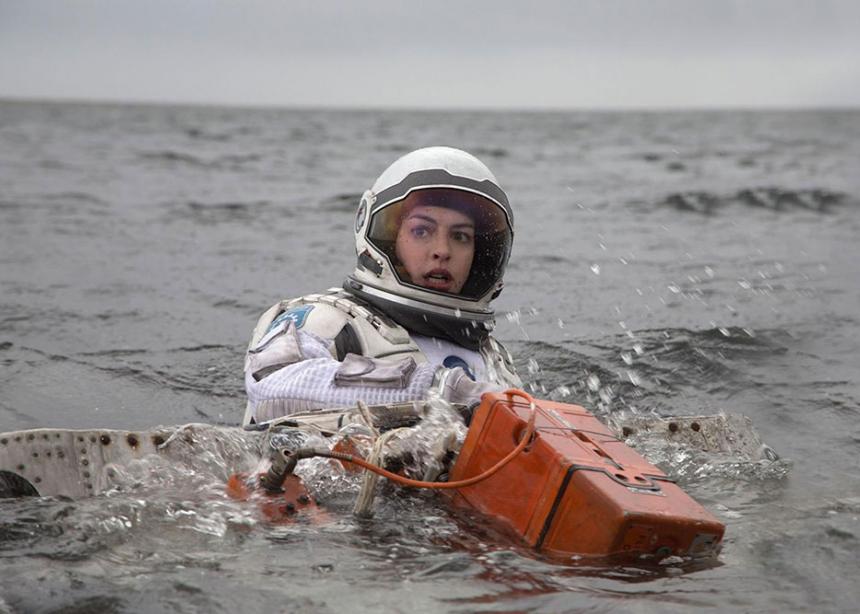 “We’re not meant to save the world; we’re meant to leave it.” So says the protagonist of Interstellar, a grand science fiction epic from Christopher Nolan. One of Hollywood’s best ‘blockbuster’ directors (Inception, the Dark Knight trilogy), he has created the best film to come out of Hollywood this year. It may also be the most dangerous.

Set in the relatively near future, in a time when blight—standing in for global warming—is destroying crops and suffocating the earth’s human inhabitants, Interstellar asks whether it might be time to abandon our planet and start anew on some distant world in another galaxy.

Professor Brand (played by Michael Caine), one of earth’s leading scientists, believes the answer is yes. Working from a secret base in the Midwest, Brand has discovered a wormhole leading to another galaxy that might contain habitable planets. A dozen single-piloted one-way ships have already been sent into the wormhole to explore some of these planets and three of the astronauts have sent back positive signals.

Now the professor just needs to find an experienced pilot to follow up while he figures out a way to get NASA’s self-sustaining space station to carry a large human population to those planets. The challenges to his dream seem insurmountable until the unexpected coincidental arrival of Cooper, a farmer, and his 10-year-old daughter, Murph (Matthew McConaughey and Mackenzie Foy).

It turns out that Cooper is one of the country’s best astronauts and Murph is a young scientific genius. Mysterious forces have led the pair to the secret base, but is Cooper, a widower, prepared to leave his two children so he can make a trip to the stars from which he may never return? And how will the passage of time during his journey be affected by relativity? If Cooper returns, will Murph be his age by then or even older? And then there’s the unknown effects of the black hole that lies at the other end of the wormhole.

The science in Interstellar, especially as it relates to time, is not remotely convincing. But bad science is not the film’s worst problem. That honour goes to the film’s suggestion that we should use our scientific expertise and resources to find ways to leave our dying planet, instead of trying to save the wonderful world God has blessed us with.

I am a lifelong sci-fi fan—an original Trekkie—and love the idea of exploring “strange new worlds” and going “where no one has gone before.” But we humans, to whom God has given the task of being good stewards of creation, cannot give up on earth. On the contrary, we should be using all our resources, including our best minds, to combat global warming.

And instead of the countless sacrifices that would be required of us to start over on another planet, we should be making whatever lifestyle sacrifices are necessary—like ending our dependence on fossil fuels—to ensure our earth remains a place where our children and their children can thrive.

At the heart of what makes Interstellar a great film is its theme of love for our children, and the impact of separation and aging on that love. Indeed, the time paradoxes that make Interstellar virtually incomprehensible can only be resolved by viewing what the film calls “love” as a higher power akin to God that allows humanity to step out of its temporal limitations and keep surviving. God, otherwise, plays no part in the Interstellar universe, just as God played no part in Stanley Kubrick’s 2001: A Space Odyssey, which obviously influenced the Nolan brothers.

Watching Interstellar on the IMAX screen is an exhilarating experience I would recommend to all. If only the film had been willing to ask what resources God has given us to save our planet, instead of positing that we need to give up on earth and rely on more fanciful ideas like wormholes and time paradoxes to save us.