A new low for Hollywood 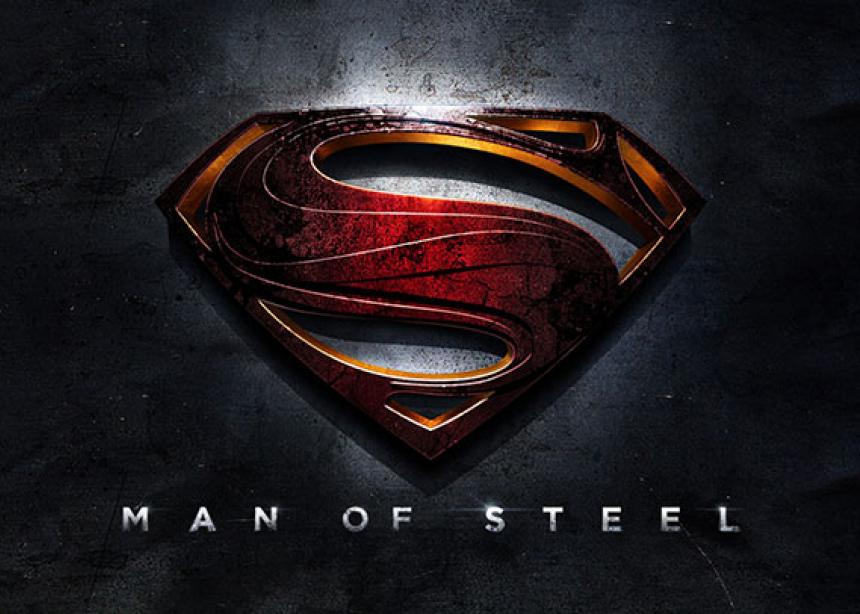 Late in this summer’s first blockbuster film, Man of Steel, Superman declares, “I’m as American as it gets!” Truer words were never spoken. But when the overt underlying message of the film is the assertion that he is also as close to Jesus as it gets, I have a problem.

The latest version of the well-known DC Comics superhero saga stars Henry Cavill as a Superman who is haunted by the words and deaths of both of his fathers—Jor-El from the planet Krypton, played by Russell Crowe, and Jonathan Kent from Kansas, played by Kevin Costner—as he struggles to assume his destined role as the saviour of humanity. For both fathers, their only son represents the best hope for a better world and a better humanity, a man who embodies the best in each of us, who gives us something to strive toward and emulate, and who will accomplish endless wonders as he helps us to change our world.

If these words are not obvious enough, Man of Steel offers many more messianic references, including a scene in which Clark Kent, at the age of 33, sits directly in front of a giant portrait of Jesus while he talks to a priest about whether the time is right for him to begin his public ministry.

There is no subtlety whatsoever in the way Man of Steel presents Superman as the ultimate Christ-figure, so it comes as no surprise that Warner Bros. would, according to CNN, “aggressively market Man of Steel to Christian pastors,” even providing nine pages of sermon notes for Father’s Day (entitled “Jesus: The Original Superhero”), which directly link Superman to “the greatest hero who ever lived and died and rose again.”

In the Catholic World Report, reviewer Nick Olszyck writes, “Zack Snyder’s Superman not only includes the traditional Christ-figure characteristics, but he feels like Jesus.” These are scary words because they suggest that, for many American Christians, Superman, depicted as the perfectly good and selfless hero who saves humanity from the evil “monster,” General Zod, does indeed embody Jesus.

If this were true, then we are fortunate that the Romans in the first century never threatened Jesus’ mother, Mary. Had they done so, Jesus would have used his fists to pound some sense into them before breaking Pilate’s neck. Then Jesus would have joined the Zealots, using his superpowers to defend the Jews against their Roman oppressors, and wipe evil from the earth once and for all. At least that is what Snyder’s Superman/Jesus would have done.

The Jesus I know did not use violence or super powers to defeat evil. On the contrary, the only weapons he used in his battle against oppression and people’s inner demons were love, compassion and forgiveness. Jesus is someone we can truly emulate precisely because he was a selfless human hero, not a superhero.

Rather than representing Jesus, the Man of Steel represents the ultimate American symbol of heroism: a good, strong, selfless man who uses violence “only as a last resort” to save the world from evil. The clue to the wrongness of this is found within the film itself, when Zod states that he is only using violence for the greater good of his people. If Superman also only uses violence for the greater good of his people, how is he any better? When one uses evil means (violence), one becomes no better than the evil enemy one is fighting.

Personally, I did not find Man of Steel to be an entertaining or compelling film. The interminable action scenes were excruciatingly boring; the cinematography was ugly, although others found it beautiful; the acting was unremarkable (I, for one, did not find Clark’s existential crisis convincing); and the writing was sloppy at best. However, my biggest complaint with the film is the way it uses Jesus as a marketing tool.

I’d like to believe the film was sincerely engaging with the story of Jesus, linking faith with pop culture in a way that would be thought-provoking and life-affirming. But when I heard about the marketing campaign aimed at pastors, all I could see were the dollar signs which have increasingly become the raison d’être of the film industry. To me, that is scandalous.

Even if I am correct in my cynicism, it does not preclude Christians from using Man of Steel as a way to engage in discussions with fellow viewers about how Jesus compares to Superman. If the film taught me anything, it is that we need the real Jesus more than ever. The Man of Steel will never save us.