“My great-grandfather was a Mennonite:” 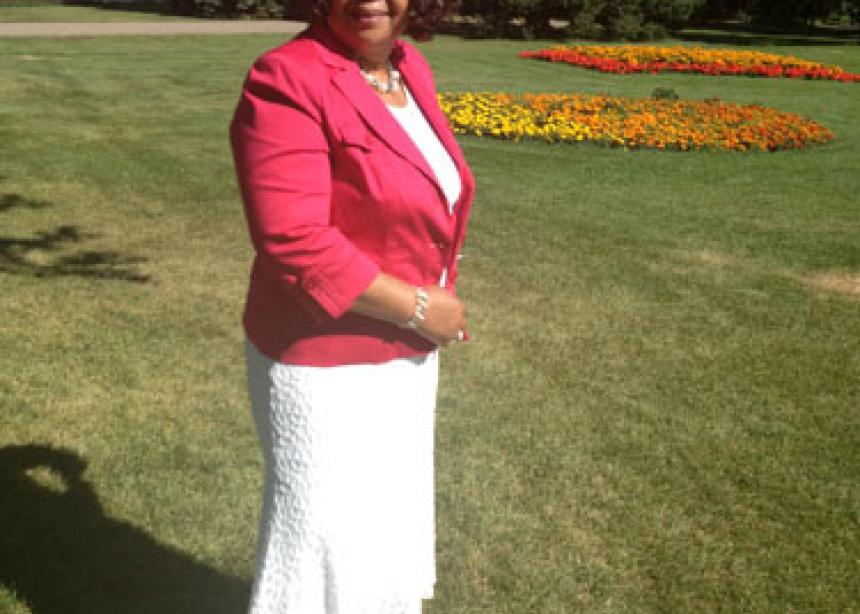 Although Odette Mukole has surely told her story hundreds of times, she speaks softly. She is patient, humble and gracious.

Mukole reaches for a now familiar book on her shelf. Thirty-five years in the Congo is a history of Mennonite mission in what was then known as the Belgian Congo. She finds page 170. Her finger traces the lines of text, stopping at the reference to her great-grandfather, Kizongo a Makina.

Odette Mukole was born in Nyanga mission station in what is now the west central region of the Democratic Republic of Congo. Established in 1921, Nyanga was where Kizongo a Makina, a sub-chief of the village in his area, was first introduced to Christianity.

“He was the second person in that area to give his life to Jesus,” says Mukole. “People were making fun of him, saying ‘This is ridiculous, this is stuff for kids.’ But he said it was a matter of the heart,” says Mukole. A year later he passed away.

Mukole’s B.A. in Education proved unviable in a country where teachers can work for two years without being paid. She took additional training and found work as a public relations agent for a 5,000-employee sugar cane company.

On the side, Mukole led a 250-member women’s group, Action des Maman Chrétiennes Entrepreneuses, which helped women stand up for their rights in a cultural environment where abuse was considered normal. Her employment at the sugar cane plant was stable for 13 years, until her activist work compromised her personal security and that of her daughters.

Mukole arrived in Montreal with her three daughters in January 2000, a penniless single mother. After six months it became clear that she would need to improve her English language skills, so she moved to Calgary, found a community at Trinity Mennonite Church, enrolled in English classes, and found a job as a homecare support worker.

“My father always told me that if you need help, find the Mennonites,” she says.

It soon became clear that if she wanted to improve her employment prospects, she’d need to go back to school. With help from her church community and Mennonite Women Canada members in Alberta, Mukole received some financial aid and encouragement to study Conflict Resolution at Canadian Mennonite University in Winnipeg. She graduated in 2007 with a major in Social Science and minor in Theology and now works full time as a Newcomer Case Coordinator at the Family Centre of Winnipeg.

Mukole carries her Mennonite identity with pride and she wants to share the message that people of other ethnic backgrounds can and do trace their Mennonite faith back through several generations. When asked, she readily agreed to be featured in one of Mennonite Church Canada’s Mennonites Everywhere video series. It is available for viewing at www.mennonitechurch.ca/tiny/3. 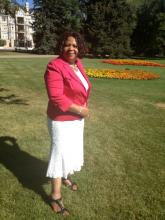