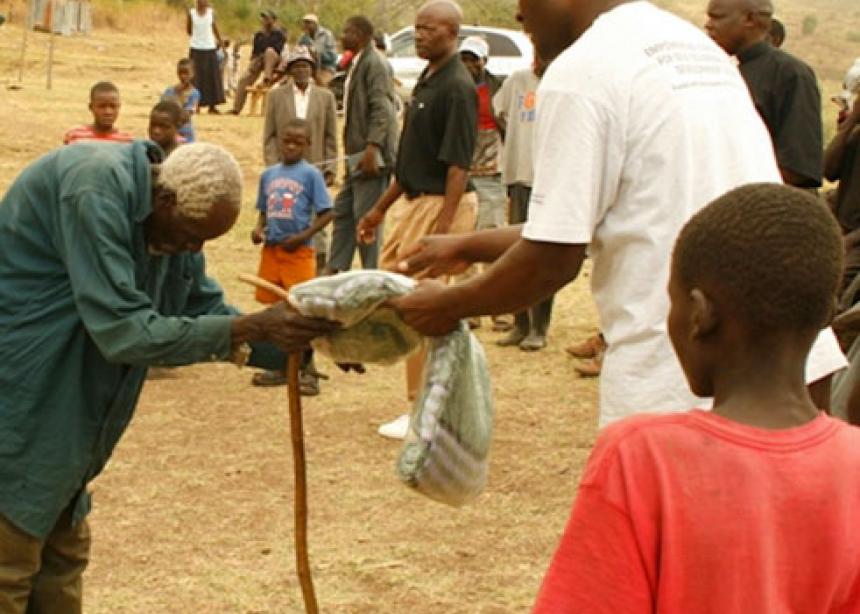 In late February and early March, more than 6,000 people were displaced when Kalenjin youths raided a number of Luo communities, burning crops and houses. The violence was touched off by incidents of cattle theft.

When the violence broke out, Clyde Agola, Mennonite bishop in the Kisumu Diocese and general secretary of Kenya Mennonite Church, a member of Mennonite World Conference (MWC), informed Eastern Mennonite Missions and Mennonite Central Committee workers. Both agencies responded promptly with emergency aid, which is being used to provide basic needs for displaced persons.

Now that the violence has abated, the focus is on continuing support for displaced persons and also on addressing issues that caused the violence.

In a mid-April e-mail to MWC, Agola said, “There is still a great need for settlement of 72 families who are still languishing in the rain and cold in the night, and have need for food, medication and casual clothing. Usually February to June is the planting season for the long rains. There is need for purchase of planting seeds and fertilizers and farm tools, such as hoes and machetes, to ensure that these people can immediately engage in their farms once they are given shelter.”

The elders are also resolving to be ambassadors of peace, to restrain youths from engaging in war, and to initiate joint projects to engage idle and jobless youths. The elders hope to stage a “peace caravan in the area and eventually sign a peace accord that will bind the communities living in the area,” according to Gordon Obado, program coordinator for the relief and development arm of Kenya Mennonite Church in the Kisumu East Diocese.

“We believe enhanced humanitarian support and peacebuilding initiatives will be the pillar[s] to restoration of the lives of the communities around the area where the clashes occurred,” Agola said. 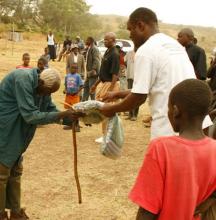