Mothers: Carriers of culture and faith 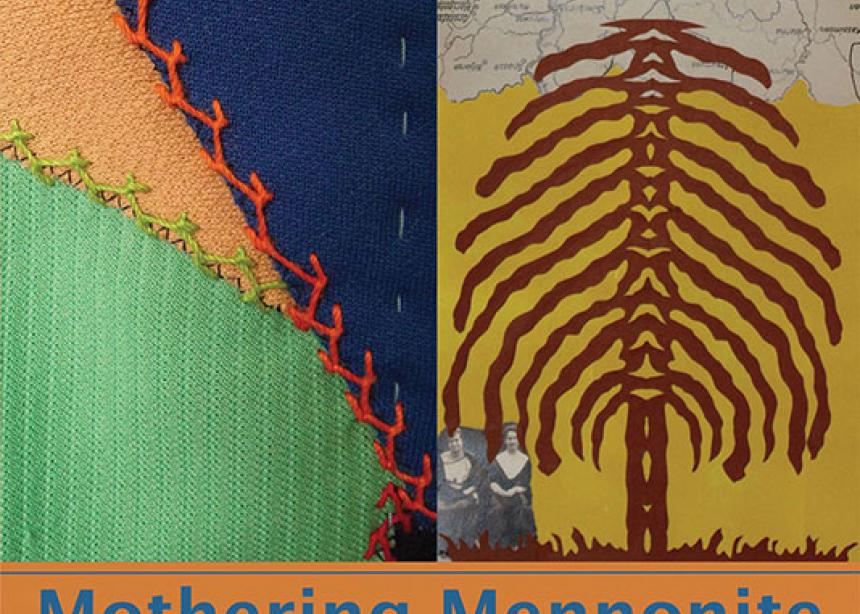 Having just become a mother several months ago, I was intrigued to learn that Mothering Mennonite had recently been published, and once the sleepless fog of the early weeks of my new endeavour wore off, I was eager to get my hands on a copy.

I wasn’t disappointed. This diverse collection of “essays, creative writing and poetry” touches multiple academic disciplines, various strands of the Anabaptist-Mennonite tradition and several generations. What ties it all together, according to the editors, is the notion of “mothers as transmitters of culture and religion, and mothers as re-creators—even creators—of religion and culture,” as well as the corresponding tension between “maintaining distinctness [that for Mennonites is so weighted with religious and social meaning] and assimilating.”

At the outset, the editors also explain their choice of the term “mothering” over “motherhood,” citing feminist Adrienne Rich’s definitions of “motherhood” as “a patriarchal, oppressive institution,” and “mothering” as “female-defined and potentially empowering experiences.”

The volume is divided into four major sections: “Picturing mothers and daughters,” “Mothering across generations,” “Challenging Mennonite motherhood,” and “Mothering in and around culture(s).”

Highlights include Melanie Springer Mock’s discussion of the More-with-Less Cookbook and the theology of simple living in “Mothering, more with less”; Becca J.R. Lachman’s poetic reflections on the parallels between mothering and the creativity of artists in “Creative (m)othering: An invitation from a childless artist”; Christine E. Crouse-Dick’s intensely personal recounting of her and her spouse’s isolating struggles with infertility in “(In)fertile encounters: An autoethnography”; and Jennifer Chappell Deckert’s look at the transformed lives of mothers who are victims of political violence when they get involved with the Colombian Mennonite Church in “From persecution to hope: Mennonite mothering in a context of violence.”

Despite these and other thought-provoking contributions, I found the more analytical, academic essays less compelling and inaccessible to those outside of a handful of academic disciplines. I also found it striking that no theologians were invited to contribute, given the interdisciplinary nature of the book. Someone like Lydia Neufeld Harder, a Canadian feminist-Mennonite theologian, or Hannah Heinzekehr, an American theologian and blogger who has written about mothering on her blog, “The Femonite” (femonite.com), would have contributed profound theological perspectives to round out the discussion of Mennonite mothering. Another fruitful topic would have been the rising interest in Mary, the mother of Jesus, among Mennonites, evident in a 2011 conference on her at Anabaptist Mennonite Biblical Seminary, Elkhart, Ind.

Overall, what arose for me from the book was a fascinating composite portrait of Mennonite mothers as women who find creative, intellectual and artistic ways of subverting the constrictive gender norms of more conservative Mennonite communities, who teach their children the value of the peace tradition and its emphases on simple and just living, and whose relationship to their own maternal bodies is complex yet relies on the wisdom of other women. To me, this composite depiction suggests that Mennonite mothers were—and continue to be—more often than not up to the task of carrying, creating and passing on their culture and faith.

Susanne Guenther Loewen is a doctoral student in theology at the Toronto School of Theology, specializing in feminist and Mennonite theologies, and is a member of Toronto United Mennonite Church. She and her husband Kris are newly-minted parents of baby Simon.

See also a review of the book Sons and Mothers at ‘Freud might have had fun.’