Ontario-based Peter Quanz takes his choreography skills around the world 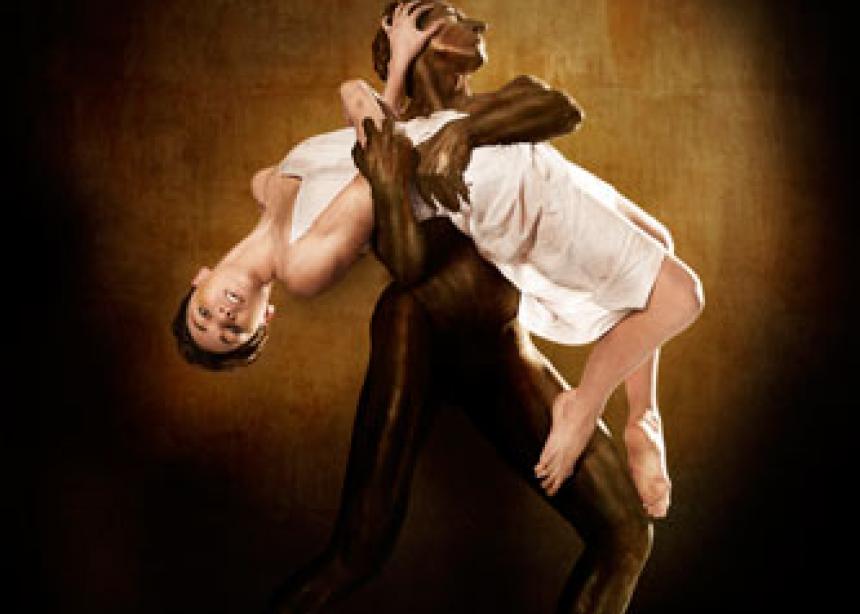 At the age of 17, dancer Peter Quanz of Wilmot Mennonite Church was already living in Winnipeg on his own. Before heading to Winnipeg, he commuted to an arts high school in nearby Kitchener, instead of attending his local high school. His parents had always supported his interest in dance, although they all kept it quiet in the congregation and community.

Although he felt that he was doing nothing wrong by being involved with modern dance, somehow there was a conflict with his faith community. He says that when he eventually “did a little dance piece for the congregation, and gave a speech” explaining what he had done and why, not everyone accepted it. Some elders expressed concern that this wasn’t appropriate for a Mennonite Christian. Growing up, he admits he was unaware of the “seedy” elements to the body, wondering, “It’s about our bodies, what’s wrong with them?”

In Winnipeg he connected with  Portage Avenue Mennonite Brethren Church and felt strong support from Ed Buller, the associate pastor. That was 1996.

Fast forward 15 years, and Quanz, 30, was busy preparing a new full-length ballet for Les Grands Ballets Canadiens in Montreal. Based on the story of Camille Claudel, the late 19th-century sculptor Auguste Rodin’s mistress and fellow artist, this was a coup for Quanz.

With the whole organization behind him and 38 dancers in the piece, it gave him a chance to show his skill at home after working in Hong Kong, Cuba and Siberia. At the same time, a full evening of his work was being presented by the Bolshoi Ballet in Moscow, a first for any Canadian choreographer.

The Claudel/Rodin Ballet speaks to his Mennonite roots, as it attempts to give voice to the oppressed and voiceless. Claudel was only known as a sculptor in her day because she was associated with an already known male artist. When she attempted to strike out on her own, she was accused of copying Rodin. After what appeared to be a mental breakdown, she was committed to asylums, where she spent the rest of her life at her family’s insistence, although doctors and other caregivers thought she could be released.

Quanz appreciates how he was taught to deal with people in the Mennonite church. Each part of the team that puts together a ballet is important to him. While in Siberia, he treated the costumers to cappuccino from a take-out coffee shop. They told him that no choreographer had ever done this before and they fêted him the day after with local delicacies and champagne, served in the carefully preserved cups from the cappuccinos.

He had similar experiences in Montreal, where he consulted with the wardrobe department and others, who told him he was the first choreographer to have ever come down to their rooms.

Praying before practices “to not be alone, to be fed images and ideas, have doubts kept away, to be open and wise enough to accept others ideas,” Quanz says that his vagabond lifestyle keeps him from being rooted in a congregation, an apartment or a long-term relationship of any kind. But he feels that he is doing what God wants him to be doing, and he feels God’s presence at significant points along his travels.

His parents’ home in Baden is as close to a base as he has. After a few days to rest to “fatten up” in  Baden, Quanz was on the road again, looking for funding for a troupe to perform in a number of American venues. Then it was back to Winnipeg, where his troupe, Q-Dance, made up Royal Winnipeg Ballet dancers, would be practising for that tour.

Choreographer Peter Quanz, centre, sits in the kitchen of the home of his parents, Ken and Lil, in Baden, Ont. His parents have posted the clippings of his latest dance on the fridge.