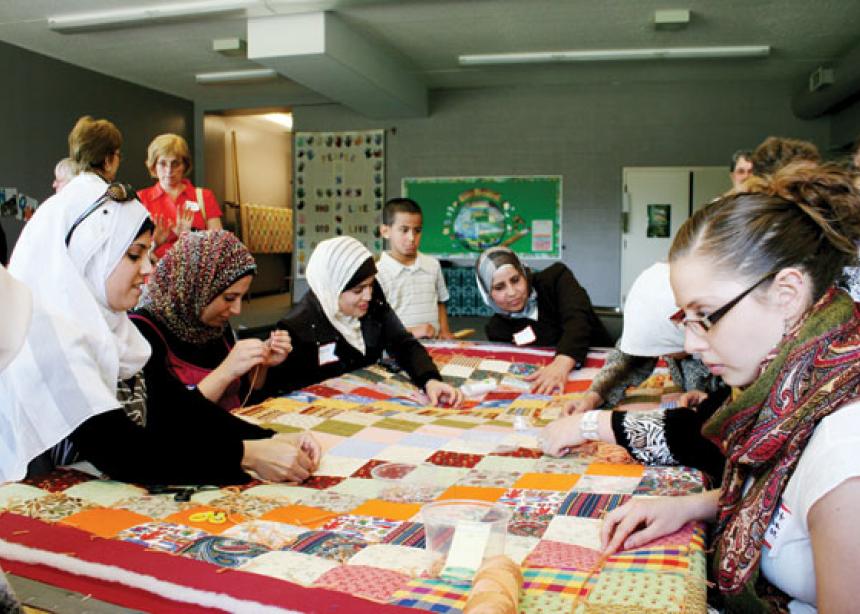 Because Leon Kehl has been fostering friendships between Mennonites and Muslims, he was interviewed by Third Way Media when they were filming the recently released documentary, Waging Peace: Muslim and Christian Alternatives. Kehl, a member of Floradale (Ont.) Mennonite Church, hopes the group of Muslim and Mennonite friends that he has worked with in Waterloo Region for several years can grow to also include other Christians and Jews.

“We need to understand each other and get to know each other,” says Kehl. “We have been asked to respond to the ‘other’ with violence and that’s not in keeping with being Mennonite or what Jesus teaches.”

Kehl well remembers 9/11, remarking that it was a pivotal day in his life. He attended a prayer vigil that evening and was overwhelmed with a sense of sorrow, not only for those who died that day, but also for those “who were going to die because of that day.” In his struggle to know how to respond, he felt drawn into working at developing relationships with local Muslims. It is work he has felt called to do.

With the help of Mennonite Central Committee Ontario, Kehl and others organized a friendship group of Muslims and Mennonites who meet together once a month, often at each other’s places of worship. They have also planned small forums with speakers and discussions on topics related to faith and life. Gathering people around a comforter is a neat way to break the tension and get people talking says Kehl. As people from different backgrounds sit together and tie knots to bind the layers of the blanket together, they relax and just begin to talk. Working together to make relief comforters has been part of a few events.

In 2010 the Muslim/Mennonite friendship group worked together to sponsor refugees who had fled from Iraq and were in a refugee camp on the Syrian border. Because of the friendships that had been established, two Mennonite churches and two mosques pooled their finances and worked together to sponsor three families. They shared expertise in how to access government services and where to find translators and food appropriate for refugee families. Kehl was not directly involved in helping the refugee families; he concentrated on facilitating others and approaching more churches to increase the number of sponsorships.

When a request came to film Mennonites and Muslims working together for peace, Kehl helped to organize an event where all the local sponsors and refugee families could interact with a panel discussion followed by supper. Footage from that event, hosted at Floradale Mennonite Church, was used in the Waging Peace documentary. The documentary also reports on friendships between Muslim and Mennonite students at Rockway Mennonite Collegiate in Kitchener.

Kehl is helping to organize screenings of the Waging Peace documentary in various locations in southern Ontario the second week of February. He hopes that the ensuing discussions will air a wide range of opinions about faith in a positive way.

In recent years Kehl had the opportunity to visit Israel/Palestine and to take his family to Turkey. Visiting with families there helped to deepen his understanding of Muslim culture. “I’ve met some deeply spiritual conversations with unlikely people in unlikely places,” he says. “My favourite experience was sitting in a coffee bar in Istanbul at 2 a.m. with a United Church pastor and young Muslim tour guide talking about the idea of being predestined!”

See also:
Mennonites learn about hospitality and living for others
Leon Kehl campaigns for Syrian refugees 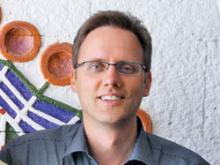