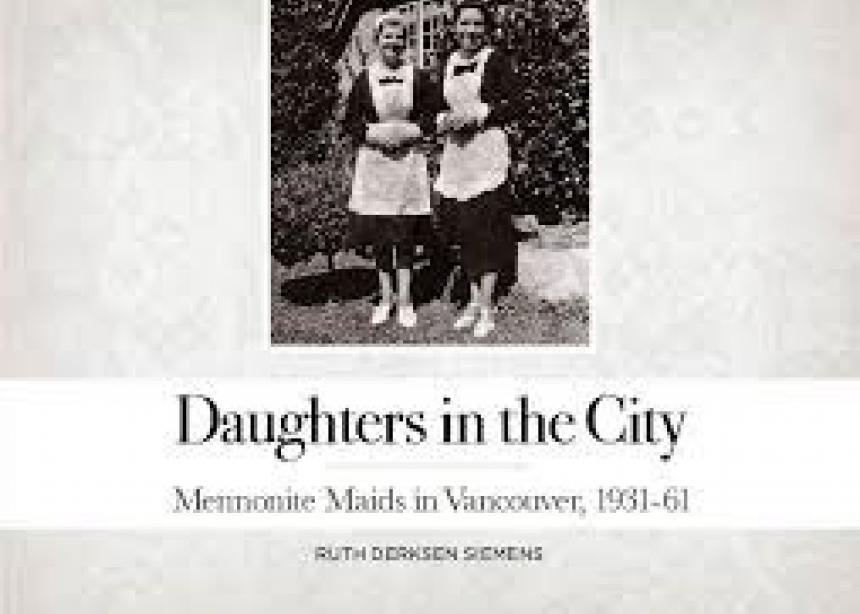 Some of the earliest Mennonites to live in large cities in Canada were young women who went to work as domestics in upper-class homes. Before the 1920s, Mennonites were farmers and the city was considered a foreign and dangerous place, but Mennonite refugee families who had fled from Communist Russia in the 1920s sometimes felt they had no choice but to accept work where it was available.

In her book Daughters in the City, Ruth Derksen Siemens tells the story of the girls whose families sent them to Vancouver to work. These Mennonite families had lost everything during the Russian Revolution and its aftermath, and they were struggling to repay the money loaned to them to make their way to Canada. The financial crash of 1929 and the ensuing Great Depression meant that repaying the travel debt was a serious hardship. Although the church discouraged the practice, many families sent their daughters to the city because they felt they had no other option.

Working as domestics was not easy. These young women struggled with poor English skills and felt isolated, far from their family and friends. Many came from families that had been prosperous in Russia, and “maid” work was considered lower class and undignified. Many of the girls found it a relief to get together on their days off to find familiarity and friendship.

Two homes for these girls were established in Vancouver: the Bethel Home associated with the Mennonite Brethren Church and the Mary Martha Home, established by the General Conference Mennonite Church. Although the two homes were near each other, they rarely worked together. The homes served as a safe place for the girls just to get together to socialize and to get support when there were employment issues.

The number of Mennonite maids peaked in the 1950s after an influx of Mennonite refugees after the Second World War. Once again impoverished families depended on the income of their daughters to help repay the costs of immigration. Wages paid to domestics in the city, especially in Vancouver, were significant.

Using lots of large photographs, Derksen Siemens has done a great job of documenting the work of these young women. The book coffee table-like book is very easy to read, with more photos than text. A lot of effort has gone into identifying the young women in the photos.

While many of the photos in Daughters in the City are sharp and clear, others are not. It may be useful to include some photos of inferior quality because of the subject matter, but they should not be displayed in a large size, as is the case here. And while the book includes many interesting story snapshots of individuals, the overall text seems a bit loose in its organization.

Overall, however, many Mennonites will find Daughters in the City a great trip down memory lane. 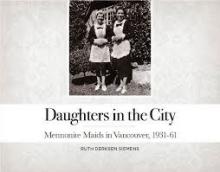