Norman Meade reflects on the expanding ministry of this growing church 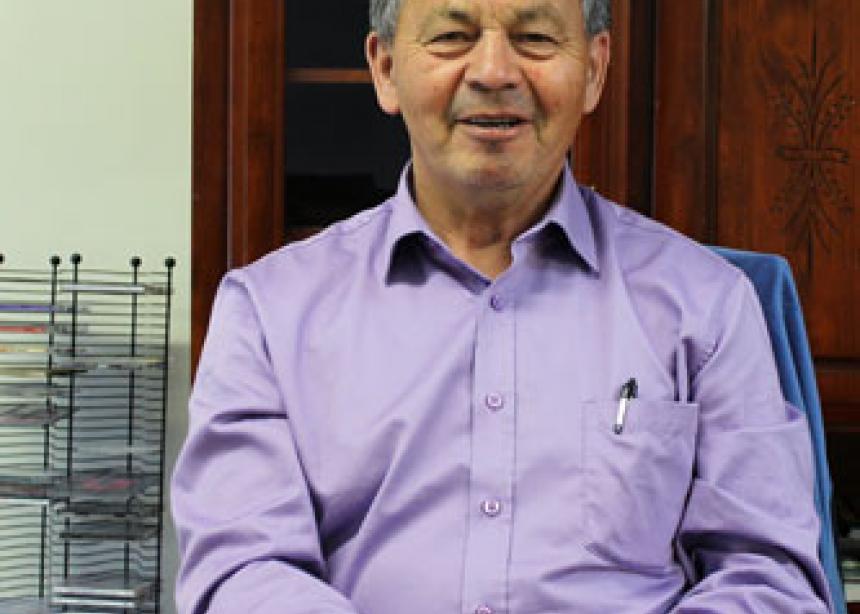 “Just in the last six months we have had a full church at least three times,” says co-pastor Norman Meade, who grew up in Manigotagan, a community of around 200 people on the east shore of Lake Winnipeg. “We’ve even had to set up extra chairs. This has never happened before.”

“When Vic and Norma Funk from MacGregor were pulled out of Manigotagan in 2003, we had to make a decision about what we were going to do about the church and its programs,” recalls Meade. “We had no money for a paid pastor.”

Since Meade had been assisting the Funks and Neill and Edith Von Gunten (former Native Ministry co-directors) with church leadership, the congregation asked him to continue in the role of pastor. Meade and his wife Thelma were living in Winnipeg at the time, but because they owned property and had family in Manigotagan, they made the two-hour drive to this community regularly. “I said I would try,” he says of the commitment.

In the beginning, there were challenges and learning curves Meade needed to navigate. He had never officiated at funerals or weddings before, but these services were increasingly being requested of him. “I started working together with the Anglican ministers, an aboriginal couple,” he says. “Eventually they asked if I was interested in being ordained as a deacon in the Anglican Church.”

Former Native Ministry workers Murray and Ruth Martin remained in the nearby community of Hollow Water working for the school division after their MC Canada positions were cut. When MC Canada turned over the Manigotagan church property, including a house, to the fellowship, the couple was invited to live in the house and help with the church ministry. Murray assists Meade in pastoring and Ruth leads a vibrant music ministry in the church.

Building bridges across denominational lines is an important part of Meade’s ministry. Although his family was active in the Catholic Church, he became familiar with the Mennonite church through the work of Mennonite Pioneer Mission workers in the community. “I have done training with Mennonite pastors and I follow the Mennonite way of doing things,” he says, “but when I am asked to do the funeral of a Catholic or Anglican or other person, I ask if they are comfortable with this. Usually they are okay with it, but I am also open to modifying the program.”

Meade has also learned more about traditional aboriginal practices and, if requested, will incorporate drumming or other traditional components into his funeral services. “Often the drum is used as a travel song, when the body is moved from the church or hall to the cemetery,” he explains. “I also use the Ojibway language when that is requested.”

Meade sees pastoral visits as an important extension of the church. He receives many calls for visits to the closest hospital in Pine Falls, as well as to Winnipeg hospitals.

“I think we are a unique community,” he says of Manigotagan. “The churches work together. We have taken down a lot of denominational walls that have existed here for years. On a recent Sunday, the Catholic Sunday service was over and we were just starting the service in our chapel when the Catholic priest and another parishioner walked in and joined our service. They just came to sit and be part of us.”

“God has been good to us,” Meade says. He hopes that through the blessings the fellowship has received it can assist other church communities that are struggling.

The fellowship continues to value its ongoing relationship with Steinbach Mennonite Church through the Partnership Circles program of MC Canada and MC Manitoba. Meade personally feels tremendous gratitude for the Mennonites who have worked closely with his community over the past 50 years. “Without them, we wouldn’t have the teachings and the programs we have today,” he says. “Their patience, love and kindness, including monetary contributions over the years, have made this possible.”

He has a message for the non-aboriginal Mennonite community, however: “I would ask the Mennonite community to please be understanding of the aboriginal people. Be open-hearted in the sense that you try to understand where they come from and how the residential schools and other issues have impacted them, because that is so important. Be open-minded and let us grow.” 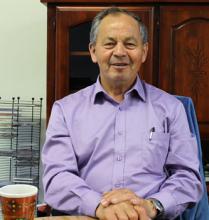