January 18, 2012 | God at work in the Church | Number 2
By Margaret Loewen Reimer | Special to Canadian Mennonite 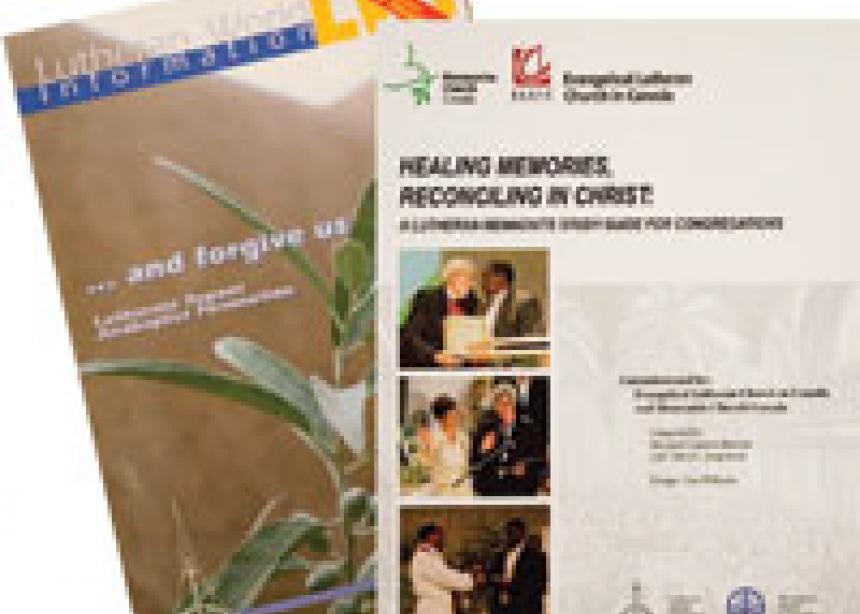 Why did the Lutheran World Federation issue an apology to Mennonites in July 2010? This question is at the heart of a congregational study guide commissioned by Mennonite Church Canada and the Evangelical Lutheran Church in Canada last summer. Entitled “Healing Memories, Reconciling in Christ: A Lutheran-Mennonite Guide for Congregations,” the publication is intended to bring people from each tradition together to study the history and theological conflicts behind Lutheran-Mennonite relations.

As writers of the guide, Allen Jorgenson of St. Matthews Lutheran Church and I, a member of Rockway Mennonite, Kitchener, Ont., tested out the four-session guide with members of our congregations last fall. Meetings alternated between the two congregations. Within the group of about 15 were many with ties to both denominations, resulting in a rich and lively exchange of experiences and observations. The pastors took us on tours of each other’s church buildings, giving us the chance to learn more about present-day beliefs and practices.

Session 1 of the study set the context. The road to the 2010 apology began in Germany in 1980, when Lutherans invited Mennonites to join in celebrating the 450th anniversary of the Augsburg Confession, a foundational statement of the Lutheran church. Mennonites were taken aback by the invitation, knowing that the confession “condemns” Anabaptists five times for heretical beliefs. This exchange led to Lutheran-Mennonite dialogue in several countries, and eventually to an international study commission established by Mennonite World Conference and the Lutheran World Federation in 2005. The result was a report entitled “Healing Memories: Reconciling in Christ,” and the Lutheran apology in 2010. This congregational study guide is based on that report.

Session 2 traced the emergence of Lutherans and Anabaptists during the Reformation, and their bitter conflicts over baptism and participation in civil affairs. Martin Luther saw Anabaptists as blasphemous and seditious, threatening the stability of society, and thus he encouraged civil authorities to punish and even execute them, although Protestant magistrates did not implement his recommendations.

But condemnatory language was not confined to Luther. Menno Simons employed equally harsh language against Lutherans, calling infant baptism “blasphemy,” “harmful superstition,” and of the “Antichrist and the bottomless pit.” The Lutheran focus on grace, said Menno, leads to “a fruitless and unregenerate life,” and is “of the devil.”

Session 3 asked what it means to seek forgiveness for the sins of our forbears. As an example close to home, the group discussed a video of the Canadian government’s 2008 apology for Indian residential schools. The Lutheran apology and the Mennonite response commit both churches to making members aware of this joint history and the desire for reconciliation, and to seek greater cooperation between the two bodies.

Session 4 looked at ongoing theological differences, especially on baptism and participation in society. Lutherans and Mennonites often rely on the same Scripture passages, but interpret them differently. Both welcome infants into the church family, but with different theological understandings. Both speak of living in two kingdoms, but have different versions of what that means. Both focus on grace, but with different emphases.

In closing, the group recited I Corinthians 12:12-13: “For just as the body is one and has many members . . . so it is with Christ. For in the one Spirit we were all baptized into one body—Jews, Greeks, slaves or free, [Mennonites or Lutherans]—and we were all made to drink of one Spirit.”

Congregations can get the “Healing Memories” study guide here. 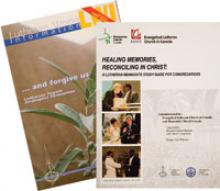