May 9, 2012 | God at work in the Church | Number 10
By Evelyn Rempel Petkau | Manitoba Correspondent 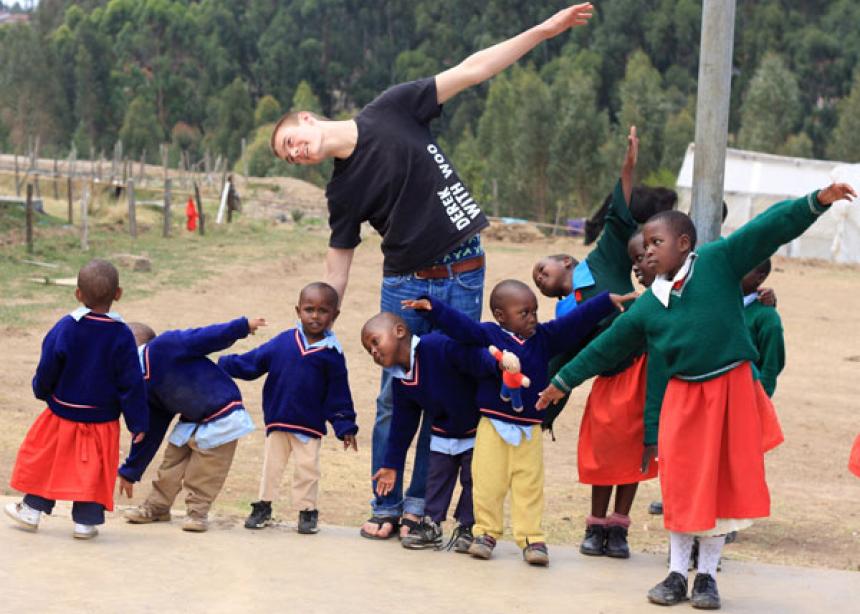 “You can watch a thousand World Vision commercials and still not fully understand what life is like for some,” says Emily Hildebrand, one of 12 students from Mennonite Collegiate Institute (MCI), Gretna, Man., who spent her spring break living and working with the children of Hope Community Centre in Kenya.

The work-and-learn trip was the first step in an official partnership that MCI hopes will become a long-lasting relationship with the centre that is both a home and school for children who have been orphaned or abandoned. It is located a few hours outside Nairobi in Kinangop.

Lucy Gacheru, who founded Hope more than a decade ago, states on the Mennonite Central Committee (MCC) Global Family website: “I had a dream to help other needy children like me and show them that God cares and has a plan for them.” Today, the centre, which is supported by MCC, is home to about 300 children.

The two-week trip to Kenya by Grade 11 and 12 MCI students and two staff members was the culmination of months of preparation. “We met on a regular basis for team-building exercises,” says Chris Regehr, one of the staff members who accompanied the students. “Each student came up with a list of supporters from whom they received both prayer and financial support.”

The students studied the country, the culture and the community centre. They worked individually on related projects. Guest speakers included Joe Gacheru, brother of the founder, who is presently in Winnipeg, and Werner Wiens from MCC’s Global Family program.

Prior to all of this, the board and staff of MCI had given over many months to discernment, prayer and planning. Last summer, four staff members visited Kenya with the purpose of learning more about the centre.

“We spent 17 days [there] connecting with the staff and students,” Regehr says. “We led a variety of activities, including worship times, sports camps and games. This place had a bit of history for me and my family,” he adds, noting that he visited and worked at the centre several times, the first of which was in 2003, when the centre was about five years old.

All of the planning and preparation paid off for the students.

“I was very impressed with how well it went,” says Sarah Martens, a Grade 12 student. “We adjusted pretty well. We were well-informed ahead of time.”

What they were not prepared for was “the overwhelming sense of community and love for each other” displayed at Hope, says Hildebrand.

“Every moment was enjoyable. Even when things went wrong, you didn’t worry about it,” says Derek Janzen, another Grade 12 student. “Leading devotions in front of about 150 students was kind of scary,” he admits.

The MCI students engaged in many activities, including sports, arts and crafts, reading, drawing and knitting, with Hope’s children, who range in age from preschool to 18.

“I have been on lots of trips that were about having fun, but I went on this trip to learn more about myself, my relationship with God and figure things out a bit more,” Janzen says. “The trip opened my mind. I think more about the things that I do in everyday life. Those kids were so thankful for everything they have. They had gone from living on the streets with absolutely nothing to this loving environment where their physical needs were met. [It] makes me look at things differently here, where we complain and take things for granted.”

“When I experienced how freely they gave love to everyone, including us, whom they didn’t know, I wished we could all be more like that,” Martens says.

“It is too early to say what the ongoing partnership [between MCI and Hope] will look like in the future,” says Regehr, but the students are convinced it must continue in some form. 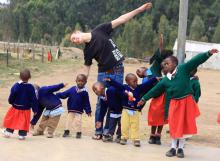 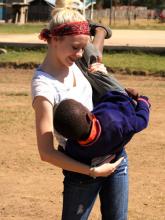 MCI student Sarah Martens looks at life differently now after her visit to Hope Community Centre in rural Kenya, where she got to play around with orphaned and abandoned children like Rebecca during a spring break trip.