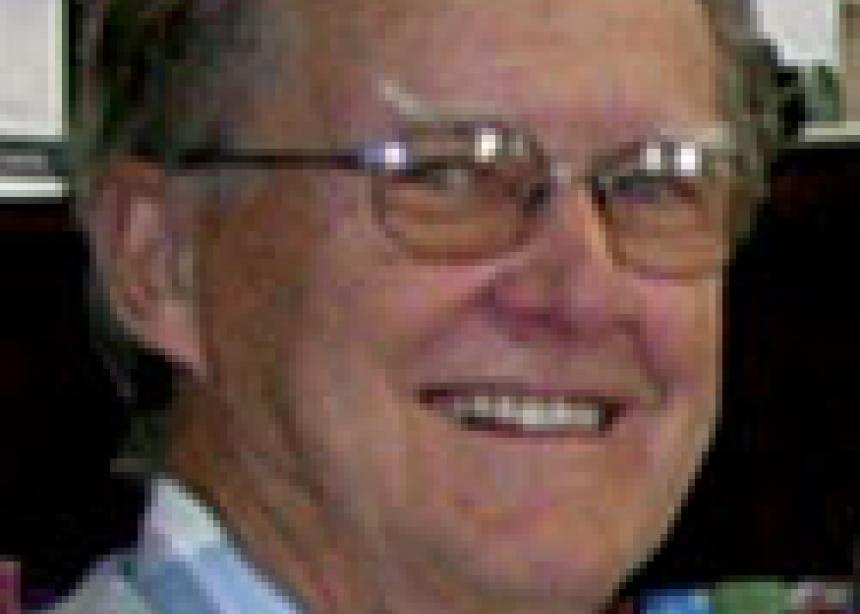 The passing of Henry Dueck has left a gap in the greater Mennonite community of Leamington, Ont., where he lived and served for many years. His health began to steadily decline about a year-and-a-half ago and he died of congestive heart failure at 79 years of age.

At his funeral, the Leamington tradition of having other ministers in the area lead the coffin into the sanctuary was a meaningful recognition of the collegiality and support of the community.

Dueck was the last ordained aeltester (bishop) of Mennonite Church Canada, having been ordained as aeltester when the denomination was still known as the General Conference. His ordination came about rather quickly, as J.C. Neufeld, then aeltester at Leamington, passed away suddenly in April 1974. In those days, an aeltester presided over baptisms and communion services.

As baptism and communion usually occurred in May or June, an aeltester needed to be found in a hurry. A retired aeltester, N.N. Driedger, strongly encouraged Dueck to become an ordained aeltester. Having been ordained to pastoral ministry in 1956, he decided to take this next step in June 1974.

It is believed that Dueck was the last serving aeltester in MC Canada.

Dueck grew up in B.C.’s Fraser Valley, the oldest of five siblings. While studying at Canadian Mennonite Bible College, he met his wife-to-be, Helga, who was a tremendous support to him in his pastoral work. Dueck’s pastoral work covered the span of over 50 years, taking him and his family to many different locales, allowing his passion for missions and care for the less fortunate to shine through.

Early on in his ministry, the couple moved to Paraguay to pastor the General Conference Church in Asunción. They remained there for 12 years and returned to Canada to teach at UMEI Christian High School, Leamington, and also to pastor Leamington United Mennonite Church. It was during this time that he became an aeltester.

In 1982, after 13 years in Leamington, the Duecks moved again, this time to Mexico, where he pastored the Blumenau congregation under the auspices of the then Commission on Overseas Mission. There, they developed a deep appreciation for the Low German community.

When they returned to Canada in 1989, Dueck began a three-year volunteer position as a teacher in the Old Colony Mennonite School in Dresden, Ont.

In 1992, the couple moved to Abbotsford, B.C., where he became lead pastor at Eben-Ezer Mennonite.

Dueck officially retired from pastoral ministry in 1996 and the couple moved back to Leamington, where they began a ministry under the auspices of Mennonite Central Committee Ontario, visiting Low German-speaking newcomers in their homes, hospitals and even jails. They continued this ministry up until the time of Dueck’s illness. 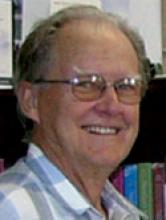