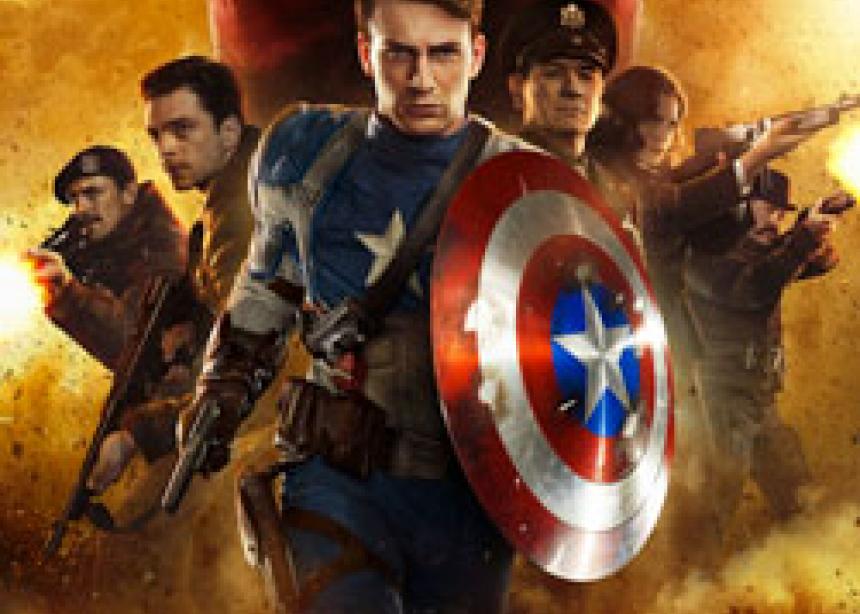 “So you want to kill some Nazis?” Dr. Erskine asks the short, skinny asthmatic wanna-be war hero in this summer’s big superhero film. “I don’t want to kill anyone,” comes the reply. “I just don’t like bullies.” Somehow this convinces Erskine that the young man, whose name is Steve Rogers (Chris Evans), is a good, compassionate person.

A few scenes later, Erskine (Stanley Tucci) chooses Rogers to be the guinea pig for his experimental body-enhancing serum. Why Rogers? Because the serum also enhances the person’s character, as it has done, to disastrous effect, to the villain of the film, Johann Schmidt (Hugo Weaving). We are led to believe that Schmidt was a bad person who has now become the embodiment of pure evil—the Red Skull—worse, even, than Hitler himself. So one can suppose that with the serum Rogers will now become a much better and compassionate person. To me, that suggests Rogers will become more like Jesus.

But while the serum does turn Rogers into a superhero (Captain America), I failed to see any evidence that it makes him more like Jesus. On the contrary, the skinny well-meaning young man who didn’t want to kill anyone becomes a killing machine, mowing down those awful Hydra soldiers with his machine gun without hesitation, taking life after life without apparent regret. I suppose when Rogers said he didn’t want to kill anyone, he meant it in an abstract ideal-world kind of way, because in the real world the dehumanized Nazi/Hydra soldiers need to be stopped by any means possible.

There is much to like about Captain America, including the beautiful cinematography, the score and the acting. Tommy Lee Jones as a colonel was a joy to watch and Hayley Atwell was a good choice as the token love interest. Actually, the romantic element was unusually compelling for a superhero film and Atwell provided a very strong female lead. That would be laudable if it did not mean that she is as capable of violence as a man.

I particularly enjoyed the first third of Captain America—before the action takes over—because I completely understood where Rogers was coming from. I used to be that skinny, asthmatic little kid who constantly drew the attention of bullies, not least because I stood up to them with words, which they responded to with fists. And I would also have answered the doctor’s question by saying: “I don’t want to kill anyone; I just don’t like bullies.”

But thanks to my wonderful Mennonite Sunday school teachers and camp counsellors, I would have meant it literally, believing that when Jesus told us to love our enemies and do good to those who persecute us—no matter how evil they might be—he meant that using violence against a bully was simply not an option.

Captain America is supposed to be a family-friendly action film, which explains why there was a five-year-old girl in the row in front of us. But what the girl saw was a war film where hundreds of soldiers are killed in the name of peace and freedom.

I live in a city that recently acquired an NHL hockey team called the Jets. On their jerseys, inspired by the RCAF, will be a logo which I call Captain Canada: the new CF-18 fighter jets our country is purchasing (with our taxes) for the sake of peace and freedom. Captain America may just be another fun summer action flick, but as long as we live in a country that proudly spends its people’s money on machines of death and the colonization of our imaginations, we cannot watch such films, or take our children to see them, thoughtlessly. 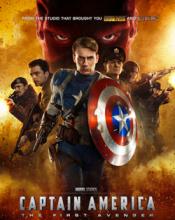