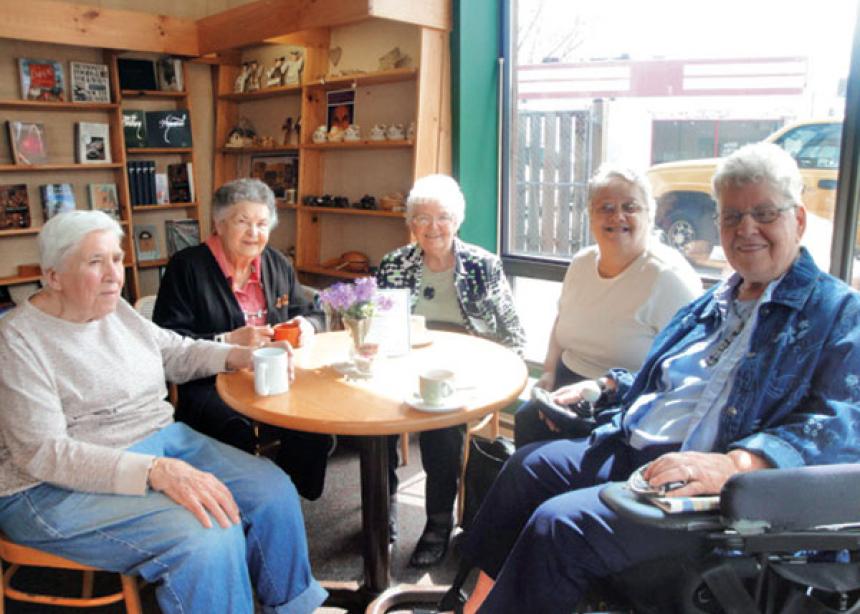 As Canada’s population ages at an ever-faster pace, Toronto’s St. Clair O’Connor Community may hold the key to keeping seniors independent longer, and teaching young people to respect their elders. Since opening in 1983, the community has provided family townhouses, independent apartments for seniors and a nursing home all under one roof.

Residents can live their entire lives here, moving from one level of care to the next, says executive director Susan Gallant.

Started by Danforth Mennonite and Toronto United Mennonite churches as a place for their seniors to live, the community is now home to many from outside those congregations. And while housing children and seniors in one place begets some challenges, it benefits both the seniors and families who call it home.

Just a child when her family moved into the community, Shea Brown now lives in one of the townhouses with her own son, Patrick. She sees him and other children learning respect for seniors in the intergenerational environment. “It’s made them sensitive,” Brown says, “because the elderly kind of get forgotten, and here it’s in your face, so you’re more likely to do something kind when you see somebody who’s having trouble walking.”

The community also helps senior residents. Because it provides health services in private apartments, many are able to live on their own longer than they could otherwise. The community also has a tea room for casual socialization, planned activities, a pool for physical exercise, a chaplain and a group of residents who make the community stand out.

For Roberta Eyton-Jones, a 10-year resident, bigger complexes don’t have the people who make St. Clair O’Connor feel like a community. “It’s very impersonal, it’s very institutional looking, very polished and it’s not home,” she says of another residence. “It wouldn’t be home to me. This is home.”

And while she doesn’t have close relationships with many of the children, Eyton-Jones enjoys having them around. “You see the children here, you hear the laughter,” she says of the backyard in summertime. “You see them playing and so forth, and that’s nice.” Eyton-Jones describes it as a bit like living with family: “You’re not always together, but you enjoy seeing them nearby.”

Family is a common theme at St. Clair O’Connor. Despite the natural clashes that arise—like children trampling carefully tended flower beds—it gives people a chance to adopt a family member when their own might live across the country. That attitude makes this place unique for Pauline Campbell, resident and volunteer services manager. Whether it looks like staff supporting seniors or the other way around, “there’s a lot of heart in here, a lot of people that want to help each other and support each other,” she says. 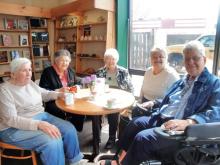 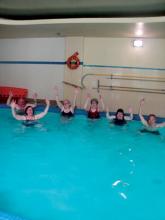