Creation care as an integral part of the church’s mission 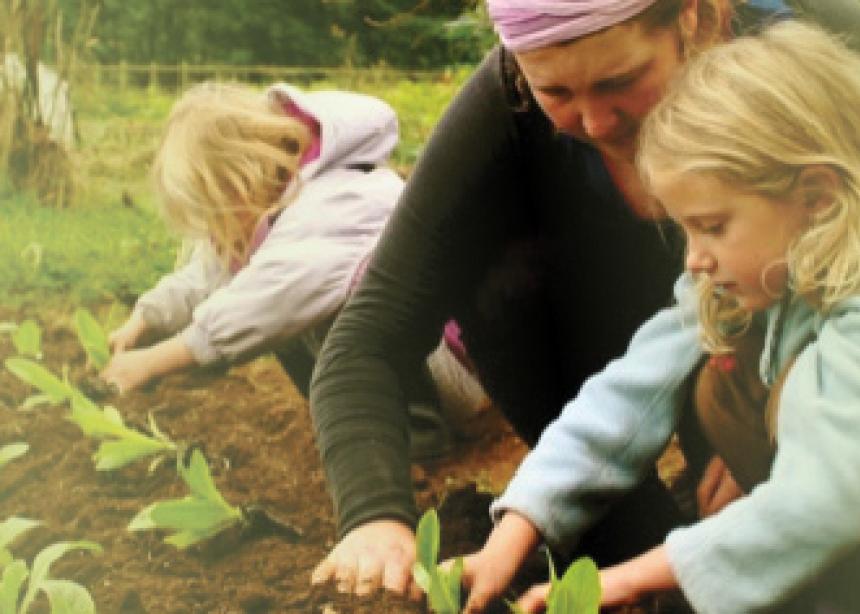 “The Holy Spirit is a great choreographer,” Rick Faw told the delegates gathered here Feb. 21-22, 2014, for the annual meeting of Mennonite Church British Columbia. “What would happen if our churches would become ecological points of light in a world of darkness?” he asked, in casting a vision for creation care as an integral part of the church’s mission.

Faw, the education director for A Rocha (Portuguese for “the rock”), an environmental stewardship organization in nearby Surrey, working in 20 countries worldwide, issued a clarion call for earth keeping to be integral to Christian discipleship. “We are in the business of transforming people’s lives, including our own, by caring for God’s creation.”

Soaking his vision in scripture, from Genesis to Revelation and all of the prophets and apostles in between, he called for bearing witness to what is right, what is blossoming all around us, what is bursting out in overflowing light in the entire cosmos. “The sip of water we offer to the world is not yet clear and cool,” he cautioned, “the air not yet fresh and clean. But do you long for a world where that is the norm?”

While our action is urgently needed in an increasingly degraded creation, he insisted that God, through Jesus Christ and the guiding Holy Spirit, has not abandoned his creation, but is rather counting on us as his followers to “make all things new,” as the Apostle Paul notes God is doing. Despite our polluted air, waterways and oceans, our growing uninhabitable wastelands, God is bringing in his Sabbath/shalom.

Among other references to the ancient text, he talked of Ezekiel’s vision of the valley of dry bones being transformed into vital human beings building cities, planting gardens, turning the desolation into fresh streams in a fertile valley. He cited the language of Revelation, where John speaks of the Garden City, with light everywhere and where the gates never close.

He quoted Wendell Berry, the farmer, essayist and poet, who calls for “practicing resurrection,” engaging in such counter-cultural actions such as investing our money and talents for the long-term rather than for the next economic or political cycle. Stephen Hawkins doesn’t quite get it right, he mused, when he says if you are optimistic in light of the planet’s degradation, you don’t know the facts, and if you aren’t optimistic about the new environmental movement, “you haven’t got a heart.”

Hawkins doesn’t have hope, he said, but we as God’s children know better. “If we haven’t got hope, we haven’t got anything,” Faw shouted from the podium.

Citing concrete action, he told three stories of what A Rocha is doing in several parts of the world. The first, a successful experiment keeping large Asian elephants from invading small farmers’ crops in rural India, effectively used a low-tech method of fencing their fields with a rope soaked in tobacco juice—something highly repulsive to the large animals. “This worked better than guns, high walls or security guards.”

In London, England, a 90-acre abandoned wasteland in the middle of the city was transformed into a park, with the help of municipal officials and the collaboration of various faith groups. Now, some 5,000 children play and families picnic frequently in this park.

In a third story, he cited Joel Salatin, a third-generation alternative farmer from the Shenandoah Valley, Virginia, who raises stock on his Polyface Farms, using holistic and chemical-free methods of animal husbandry.  Mimicking prairie eco-systems, Salatin moves his animals around what he calls “mobile plots” so that the animal waste fertilizes the soil as well as preventing diseases. In addition to gaining a remarkable international audience, Salatin has dozens of people lining up to do internships with him, Faw said.

In suggesting things Christians can do to systematically to begin a life of caring for creation, Paw urged “small.” The first thing, he said, is to respect and instil a sense of “awe and wonder” in our children, telling of the excitement of his young son in discovering the rocks in their yard and garden. Resolving to eat “one meatless meal a week” is another measure, cutting down on the energy needed to produce much of the food on our plates.

Our discernment in creation care means that we invite the Holy Spirit to direct our thoughts and actions, he urged, changing our hearts, transforming our desires. “But we should recognize that the Spirit is working in others’ lives, too.” The temptation is to feel almost immobilized and paralyzed as to what small things we can do in light of wide-scale degradation of our environment.

Faw believes that God works with us individually and uniquely in shaping his creation. This dynamic is working in the entire and ongoing creation process. “For some, this means shopping at Mennonite Central Committee thrift stores rather than at Walmart, for others it means walking or biking instead of driving.”

Faw called for changing the modern slogan What Would Jesus Do (WWJD) to What Would Jesus Have Me Do Now (WWJHMDN). But I don’t need to feel compelled to be the green police.  “Saving the planet is not up to us,” he insisted, “God is saving the world. We just need to join him in this Kingdom effort." 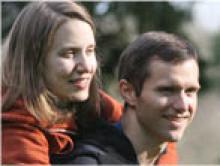 Rick Faw and his wife Crista