Helping ‘the youth of today’

June 22, 2011 | God at work in Us
By Karin Fehderau | Saskatchewan Correspondent
Saskatoon, Sask. 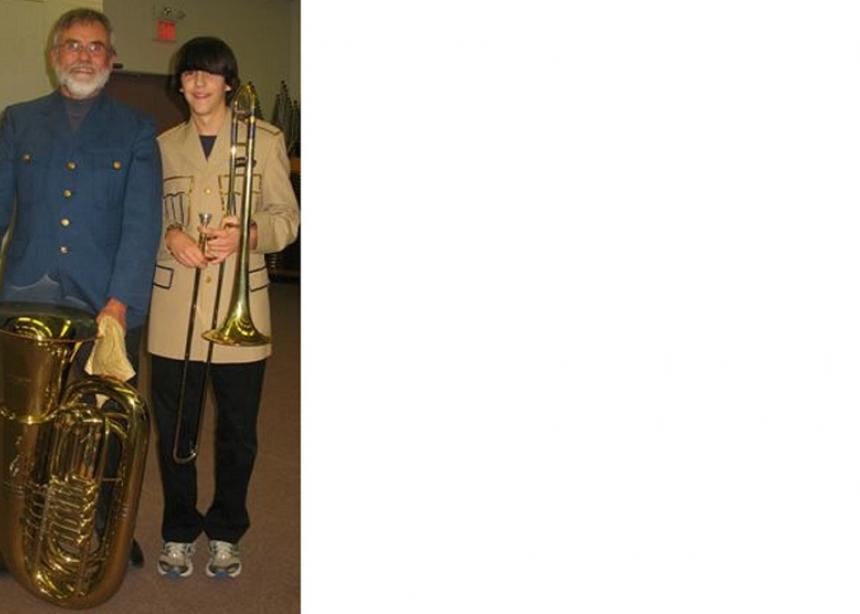 Meaning “the youth of today,” this phrase used to be spoken with a sigh and a sorrowful shake of the head by German-speaking seniors in the church. At times, and certainly out of earshot, teens would teasingly mimic their grandparents. The phrase seemed innocent enough, but the underlying message went deeper: It felt like the church had just given up on its youths because the adults couldn’t understand the culture of the younger generation.

“Not on my watch,” said the leadership at Nutana Park Mennonite Church, Saskatoon, to this attitude back in the early ’90s. They have not shrugged their shoulders and walked away. Instead, they have worked to establish connections with the next generation and one of the ways they have done that is through a mentorship program. The program, which has been in existence for about 20 years, currently involves 27 of the 46 teens in the youth group, bringing them together with an adult in the congregation for friendship and support.

When a student reaches Grade 7, a mentor is chosen, explains Reece Retzlaff, Nutana Park’s youth pastor, and the same adult continues to support the teen right through to the end of high school.

“The youth have input [on the desired adult],” says Retzlaff. “Two or three names of possible mentors are chosen.” These typically would be adults in the congregation that the young person is comfortable with. Retzlaff then contacts the adults on behalf of the teen. Boys are paired with men and girls with women.

The mentor and mentored usually meet once every month or two.

Organizers plan three events a year for everyone involved, starting with a barbecue to begin the year. Another event is a crokinole tournament.

Although some youths may drop out of the program, most stick it out until Grade 12, when the relationship between adult and teen is formally finished.

Lynn Driedger is in his fifth year as a mentor. He got involved for several reasons. “I believe in the program,” he says. “It brings a connection to people of different age groups; it helps to strengthen the body [of Christ].”

The retired teacher and father of two watched his own children find friendship with another adult in the congregation. “It was a positive experience,” he says. Having had a strong role model in his own teen years, Driedger also believes associations like this are important in a large church, where it is sometimes difficult to keep up with people’s lives.

Driedger and Jamie Winder, the teen he mentors, attend sporting events and play golf together. Driedger also supports Winder by going to his school band concerts.

Trish St. Onge is another mentor at Nutana Park, who has been at it for 18 months. In reflecting on her role, she acknowledges she cares deeply for the teen she works with. “She’s very special to me,” says St. Onge, who works as executive director at Catholic Family Services in Saskatoon.

There are more Mennonite Church Saskatoon congregations establishing ties with their youths. According to Anna Rehan, the area church youth minister, both Zoar Mennonite in Langham and Rosthern Mennonite find the program helpful. And Osler Mennonite is considering it. “There are four mentor pairs right now [at Zoar],” Rehan notes.

According to Rehan, MC Saskatchewan churches have been working with the concept since the 1990s. Both of her daughters were helped by having a mentor and one daughter still keeps up the relationship with her former mentor. “It’s been really good for them,” she says.

At Rosthern Mennonite, there are presently 10 youths paired up with mentors in the church. Craig Neufeld, youth pastor, is trying to extend the program to include those mentors even further in the lives of the young people. “We want to have the mentors involved with membership and catechism, and hopefully be the sponsor for the baptismal candidates,” he says.

During the MC Saskatchewan delegate sessions in North Battleford this year, area church moderator Renata Klassen spoke in a workshop about the future of the area church. “Youth lives don’t revolve around the church anymore,” she said. “How are we going to adapt? Are we taking the time to talk to them, to find out how they’re struggling?” she wondered.

Congregations pondering how youths fit in with the church today—and into the future—can contact Rehan to see if a mentorship program might be right for them.