'Harvest of letters' sought by Foodgrains 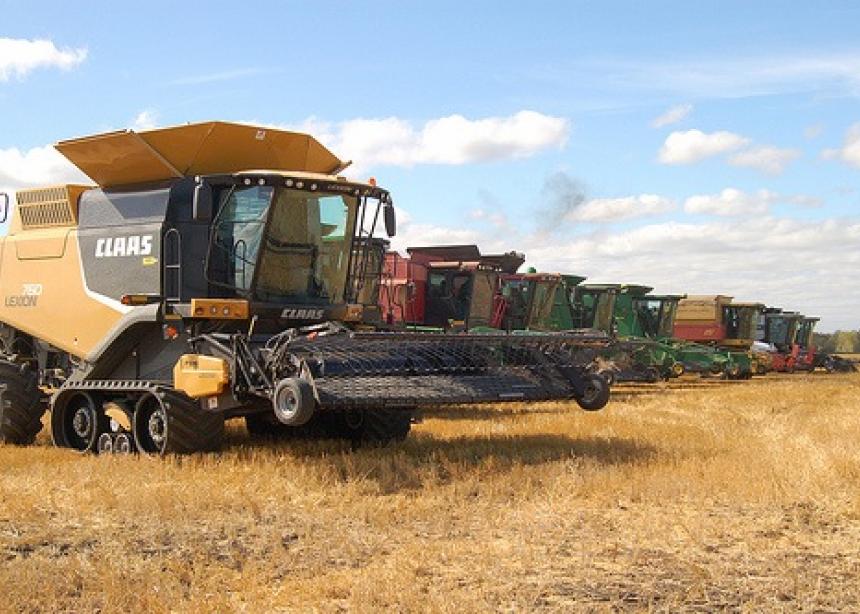 But along with the soybeans, grain, oats, apples, corn, canola and other crops, the Foodgrains Bank also wants to bring in a different kind of harvest—a “harvest of letters” to be sent to Canadian politicians.

“In addition to raising money to provide food for people, we also want to raise awareness about why people are hungry in the first place,” says James Kornelsen, who coordinates public engagement efforts at the Foodgrains Bank.

One way the Foodgrains Bank wants to do this is by inviting people to send letters to Members of Parliament this fall.

“We want to thank the Canadian government for contributing to a $30 billion global fund to help people in the developing world deal with climate change,” says Kornelsen.

At the same time, he says, “we want to encourage the government not to forget the people most affected by climate change—we want to be sure they have access to funding.”

Canada’s support for the global fund dates back to 2009, when the Canadian government signed on to the Copenhagen Accord on climate change.

Of the $400 million Canada gave to the fund, the majority of the money went to the World Bank as loans for projects leading to cleaner sources of energy in the future. About 11 percent was made available to people who are most affected by climate change right now.

“Clean energy is important for the future,” says Kornelsen. “But so is helping people adapt to the effects of climate change they are already experiencing on a daily basis.”

With the Canadian government expected to announce another round of funding for the global fund in the next couple of months, the Foodgrains Bank is inviting Canadians to send a “harvest of letters” to their Members of Parliament to encourage Canada not to forget the plight of people in the developing world who are most affected by climate change.

“We want to thank the government for providing funding, but we also encourage it to make sure the money reaches those who need it most,” Kornelsen says.

The Canadian government could make more effective use of its funding, Kornelsen says,  by helping farmers with watershed development, soil conservation, combating erosion and with new agricultural methods that help them take advantage of limited rainfall.

“In advance of the government’s next round of funding, we hope many people will send letters to remind them not to forget those most affected by climate change,” he says.

For more information on Fast for Change and the “harvest of letters,” visit www.foodgrainsbank.caunder Get Involved.