After considering an extensive feasibility study by a task force, the committee endorsed Harrisburg State Farm Show Complex as the assembly venue. The inviting churches will decide between two available dates: July 21-26 or August 4-9. 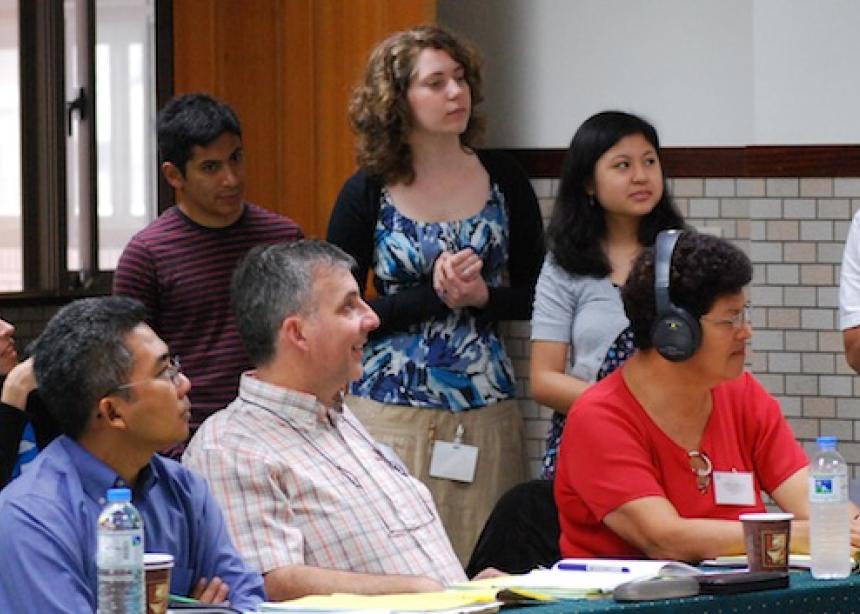 With eyes wide open about the visa challenges faced by international participants,

especially youth, the executive committee of the Mennonite World Conference agreed May 9 to hold the next global assembly in the United Sates in July or August 2015, in Harrisburg, Pennsylvania.

The action, taken at the committee’s annual meeting, was in response to a formal invitation from MWC’s four member churches in the USA: Brethren in Christ General Conference, Conservative Mennonite Conference (associate member), Mennonite Church USA, and U.S. Conference of Mennonite Brethren Churches.
After considering an extensive feasibility study by a task force, the committee endorsed Harrisburg State Farm Show Complex as the assembly venue. The inviting churches will decide between two available dates: July 21-26 or August 4-9.
The discussion preceding the decision was dominated by concern about the difficulty many global visitors will face in getting visas. Representatives of the Young Anabaptists (YABs) network, meeting at the same time as the Executive Committee, presented an impassioned plea that the US churches work hard at advocating for youth who want to attend the Global Youth Summit associated with the assembly. The United States currently places severe restrictions on visitors from many parts of the global South, particularly those between ages 18 and 25.
Bert Lobe, North American staff representative for MWC and part of the feasibility group, told committee members that the Harrisburg area is well endowed with Mennonite and Brethren in Christ congregations and institutions, and thus presents rich possibilities of volunteer participation and personal connections. Harrisburg is also close to many historical sites that are important to North American Brethren in Christ and Mennonites.
In a related action, the executive committee also accepted the invitation of MWC member churches in Indonesia to hold the 17th Assembly in that country in 2021. Indonesia’s three Mennonite church bodies are home to about 90,000 baptized members.
--May 13, 2011