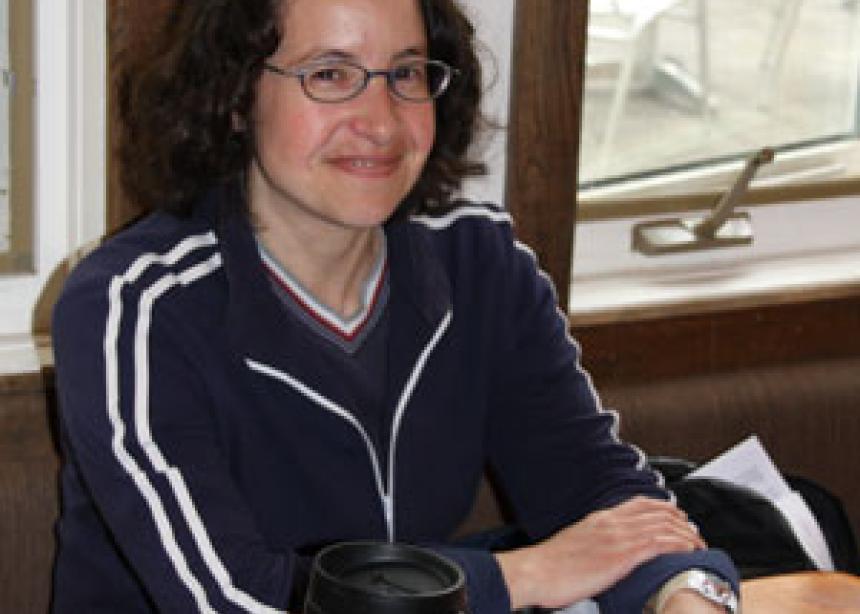 Snyder remembers her father choosing to live near both of his jobs: at Erb Street Mennonite Church and for his brother, Peter Etril Snyder, a local Waterloo painter. Years earlier, he had been director of Mennonite Central Committee Ontario. Her mom has a recipe in the original More with Less Cookbook.

Snyder’s green heritage continues in her work with the Greening Sacred Spaces Network, where she encourages
churches, mosques and temples to do light and energy audits; install insulation, solar panels and efficient heating and cooling systems; and reorganize their paper use, garbage, recycling and more. She urges congregations to plan Sundays when people come to worship on foot or by bicycle. Following in her parents’ footsteps, she both lives and encourages faith-filled people to be stewards of the earth God has given to humankind.

With many years of passionate and faith-filled work behind her, Snyder rejoices in every small step that faith-filled people and religious institutions take.

With her family, Snyder lives around the corner from her father, and within walking distance of Erb Street Mennonite Church, where they worship.