A great year for spiritual films

The Mill and the Cross.
Directed by Lech Majewski. Starring Rutger Hauer and Charlotte Rampling. 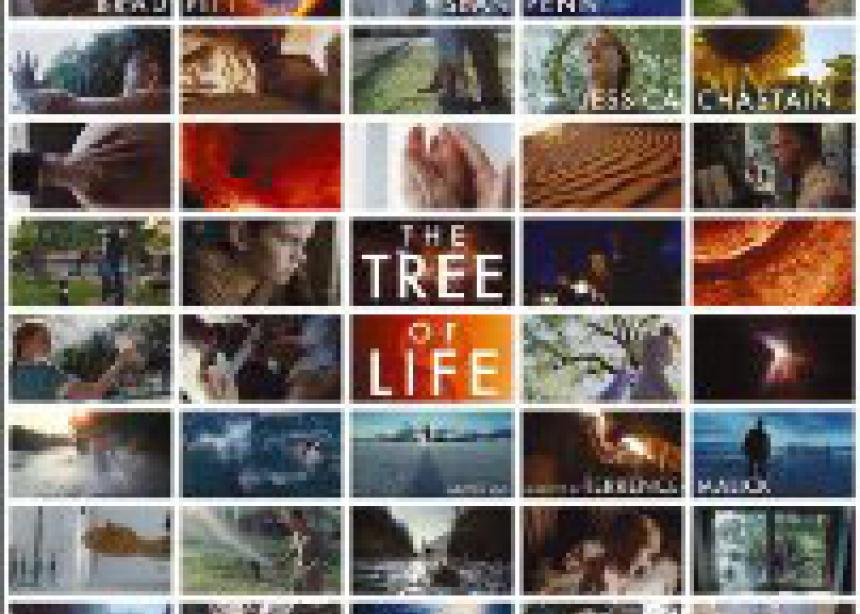 My four favourite films of 2011 all had Christian themes, something that has certainly never happened before. Two of them—Of Gods and Men and The Way—were reviewed in Canadian Mennonite last year.

The other two, which are the subject of this review, will not appeal to audiences expecting a plot-driven narrative, action or even dialogue, all of which are kept to a minimum in The Tree of Life and The Mill and the Cross. But for audiences interested in exploring what film as inspiring poetic art is capable of, these films are not to be missed.

The Tree of Life uniquely combines theology, science and the meaning of human existence into a stunning visual and music-filled poem. The “story” is about Jack, a late middle-aged architect played by Sean Penn as an adult and by Hunter McCracken as a child. Looking out of his office window, Jack sees only cold and lifeless greed in the grandeur of the 21st century’s finest architectural achievements. Searching for something more—the wonder and meaning of life?—Jack reflects back on his days of growing up in small-town Texas with a father (Brad Pitt), who is both loving and tyrannical—a God of compassion and punishment?—and a mother who is gentle and forgiving.

The younger Jack is in those confusing years of adolescence when he both hates and adores his father, when he is jealous of his brothers, and capable of both cruelty and kindness towards them, when the world is full of wonder and endless questions but also of confusion and despair. I suspect there are many of us who can relate to this. In poetic form, The Tree of Life captures this period of life magnificently.

The previous paragraph makes The Tree of Life sound like a drama about family life, but it is much more than that. This agonizingly slow-moving but gorgeous film manages to cover the entire history of life on earth, from the beginning—creation—of the universe to the day when we all meet again on some distant shore. And it does so from an apparently Christian viewpoint. It is a film about overcoming our natural tendencies and making grace central, about seeing life as responding to the needs of people around us, rather than to our own, about what it means to be human.

The Tree of Life has a number of references to the Book of Job, suggesting that it is asking why the world is such a confusing place, a place where the wonder and beauty of life are always forced to lie beside suffering, pain and tragedy, and receiving the answer that God’s beautiful and meaningful creation is beyond our ability to fully comprehend.

The Mill and the Cross is another gorgeous slow-moving film. It is based on a famous 1564 painting by Pieter Bruegel the Elder called “The Way to Calvary,” in which we find Jesus carrying the cross in the midst of a procession to Golgotha.

Taking us back to the days when Bruegel created his masterpiece, the film depicts Bruegel (played by Rutger Hauer) explaining to his patron (played by Michael York) exactly why he painted it the way he did. “Can you really capture one moment in time?” the patron asks. Bruegel believes he can.

But to fully appreciate that captured moment, we need to be introduced to the characters taking part in it, which is what this film attempts to do. Along the way, we discover that the story of Jesus and the cross are now set in 16th-century Flanders. The soldiers leading Jesus to Golgotha are Spanish and represent the Christian orthodoxy that is persecuting the heretics of Flemish Protestantism. Is The Mill and the Cross perhaps suggesting that if Jesus came to us in 2012 some defenders of Christian orthodoxy might be the first to want him crucified?

High atop a mountain of rock overlooking the procession stands the windmill. God, we discover, is the miller, and the film regularly shows us God’s reactions to the proceedings. We also discover why the figure of Jesus is lost in the centre of the painting, with everyone’s attention focused elsewhere.

The Mill and the Cross is like watching a painting come alive, with digital technology allowing the painting itself to serve as the background, often blended with real locations in an attempt to replicate the painting’s landscapes.

Both films are rated PG. The Mill and the Cross does contain some disturbing violence as well as a nude scene. 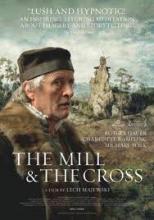