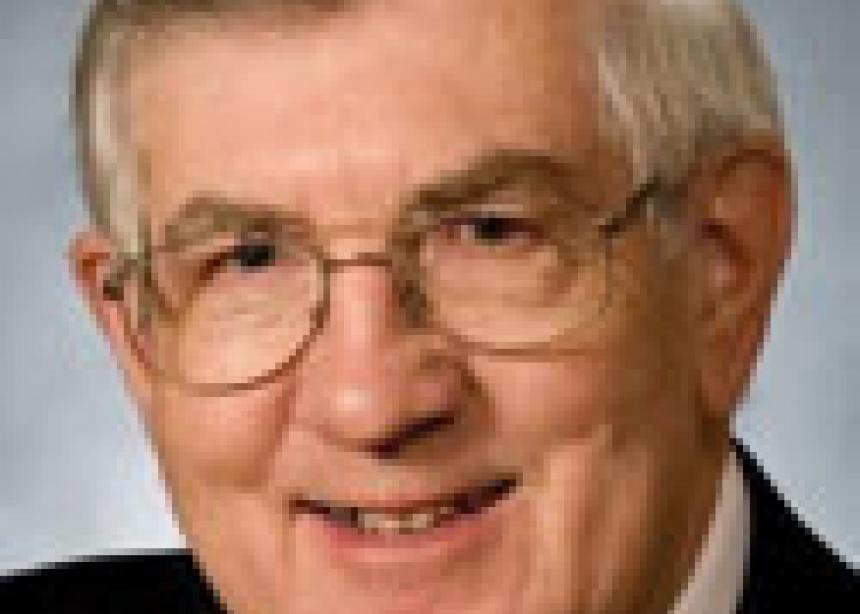 Paul M. Zehr is retiring after serving as chair of the editorial council of the Believers Church Bible Commentary (BCBC) series for more than 25 years. “While it’s been a labour of love,” says Zehr, a retired bishop and seminary instructor, “it is time for someone else to take over.”

Zehr will work with a co-chair Gordon Matties, professor of biblical studies at Canadian Mennonite University, Winnipeg, until the November 2013 meeting of the council, at which point Matties will become chair.

Zehr was appointed to the council by the Mennonite Church in 1987 and has been involved with 24 of the 26 volumes published so far. Zehr’s own volume, 1 & 2 Timothy and Titus, was published in 2010.

The commentaries include “good scholarship using up-to-date biblical studies,” Zehr says of the series, whose goal is to facilitate Bible study for all, and to aid in understanding the original message of Scripture and its meaning for today.

The idea for the commentary series emerged in the mid-1970s when Ben Cutrell, then publisher of Mennonite Publishing House, tested the idea with the various denominations involved—the predecessors of Mennonite Church Canada and MC U.S.A.; Brethren in Christ; Church of the Brethren; Mennonite Brethren; and Brethren Church—and with seminary and Bible college faculties. Cutrell set up the structure and by 1981 had begun to appoint editors; by 1986, the first volume had been published.

While at one point Zehr was hoping to stay on the editorial council until all of the New Testament had been covered, he feels now is a good time to let others take over.

Amy Gingerich, director of media for MennoMedia and Herald Press, says, “Paul is an astute leader with a true gift for leading meetings.” She says he never loses sight of the commentary’s intended audience—pastors and church leaders—and what is readable for that audience. “At the same time,” she adds, “Paul is deeply committed to the highest level of academic scholarship. He has such a wonderful passion for bringing these elements together.”

Zehr says that his time on the council has been marked by good working relationships among all on the editorial council, with one person appointed by each of the six denominations. Members don’t always agree on theological or biblical interpretation, but the group has worked by consensus. Zehr remembers only one or two non-unanimous votes in terms of whether to go ahead with a particular biblical interpretation or not.

“I’ve enjoyed the good relationships with the editors and writers,” says Zehr. “It has been very meaningful personally and professionally to work with the content of the Bible in this way. It’s been a good journey.”

“I have valued the way Paul makes space in the editorial meetings for each committee member to voice praises and critiques on a given commentary, and then helps the committee come together to make a decision,” Gingerich responds.

Levi Miller, an editor at Mennonite Publishing House for a number of years, says of Zehr’s leadership, “Paul Zehr brought together a Lancaster bishop and a Princeton scholar, a happy combination for the Believers Church Bible Commentary leadership.”

Zehr sees the commentaries helping the church over the next 50 years, since commentaries have a much longer shelf life than other books. And he says that as Bible scholars outside of the Anabaptist tradition review the commentaries, they sometimes comment on the “Anabaptist hermeneutic” that comes through in the books. “This means that the larger scholarly world is becoming aware of a believers church perspective on the Bible,” says Zehr.

Some volumes are produced in about five years from assignment to published book, especially when a writer is able to utilize a sabbatical from other work for dedicated study and writing. Other volumes take 15 to 20 years to write, edit and publish. Most reviews of the commentaries have been very positive, only disagreeing with minor points.

When the John commentary is published later this month, there will be 26 volumes in print, with 11 more volumes covering Old Testament books in process, and six more in writing or development stages from the New Testament. Some volumes cover several books of the Bible; there will be 44 volumes in all when the series is complete, now projected for 2020. 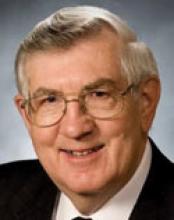