Another focus was on the upsurge of Pentecostal and charismatic movements. 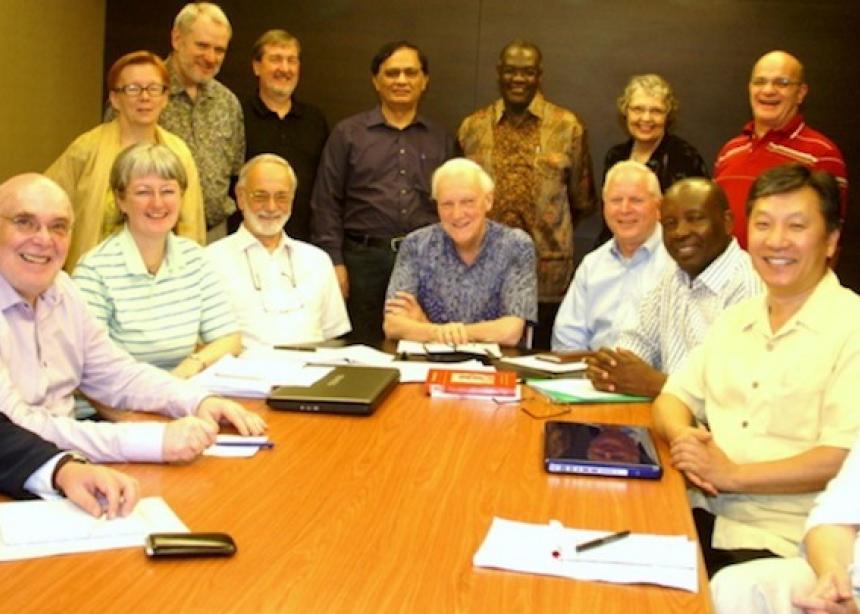 Anabaptists were among the 287 participants in a diverse Christian gathering held here October 4-7. The meeting was the second international gathering of the Global Christian Forum (GCF). The first was held in Kenya in 2007.

Participants came from 65 countries and all continents and brought together many streams of the Christian faith: African Instituted, Anglican, Catholic, Charismatic, Evangelical, Orthodox, Pentecostal, Protestant, mega churches and contemplative communities.

According to a GCF release, Miller’s appointment “has been made possible thanks to an agreement between the Mennonite World Conference and the GCF on a secondment.”

The overall guiding purpose of the GCF is “to create an open space wherein representatives from a broad range of Christian churches and interchurch organizations, which confess the triune God and Jesus Christ as perfect in His divinity and humanity, can gather to foster mutual respect, to explore and address together common challenges.”

According to reports, one of the “most poignant moments” was a panel of churches and communities that have experienced healing and reconciliation in Christ. These included the reconciliation of Lutherans and Mennonites, the resurrection of the Autocephalous Orthodox Church in Albania and “the extraordinary stories of the churches in China and the churches in the Middle East and northern Africa.”

One focus of the gathering was to engage the shifts in world Christianity, with the majority of Christians now coming from the “global south” while much institutional strength and resources for traditional Christianity remains in Europe and North America.

Another focus was on the upsurge of Pentecostal and charismatic movements. This phenomenon informed the theme of the Manado meetings: “Life Together in Jesus Christ—Empowered by the Holy Spirit.”

In a final message, the delegates to Manado referred to the “open space” process as a “gift of God” which should continue not only at the international but also at the regional and national levels.

The delegates also expressed preference for an ongoing minimal structure run by a volunteer committee and several staff. Miller’s appointment represents a transition to a full time secretary.

For further reports on the GCF see www.globalchristianforum.org.