Fuel for Extremism is Beyond Bin Laden

Schirch’s Pakistani colleagues noted that thousands of innocent civilians in their country have been killed, contributing to widespread anger and, ironically, to more support for Al Qaeda and the Taliban. 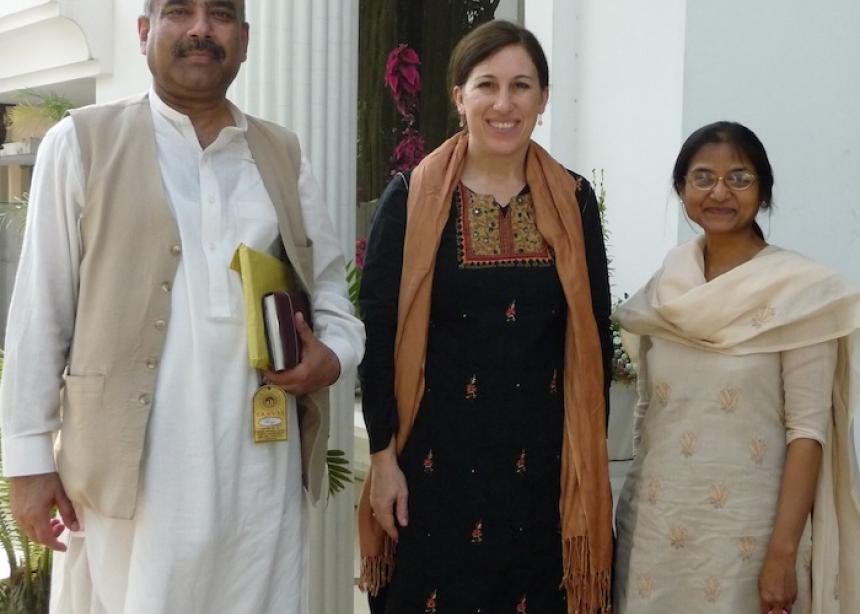 Pakistan-based graduates of Eastern Mennonite University say U.S. military policy in their country has fed extremism and that, sadly, such extremism may not subside with the death of Osama bin Laden.

That was a major finding of EMU professor of peacebuilding Lisa Schirch, who was in Pakistan last week, researching and consulting with Pakistani peace groups in Islamabad, south of the city where Osama bin Laden was killed on May 2.

Many of the Pakistanis consulted by Schirch previously studied at EMU’s Center for Justice and Peacebuilding and Summer Peacebuilding Institute. Schirch’s Pakistani colleagues noted that thousands of innocent civilians in their country have been killed, contributing to widespread anger and, ironically, to more support for Al Qaeda and the Taliban.

“U.S. military experts agree that over the last 10 years Al Qaeda has increased its members and number of bases around the world despite hundreds of billions of U.S. dollars spent on the War on Terror,” said Schirch, who holds a PhD from the Institute of Conflict Analysis and Resolution at George Mason University.

Schirch said her friends and colleagues in Pakistan told her, “Yes, we have a mess in our country. But when you add the American policy mess to ours, it makes a disaster. It seems like the Americans don’t have a plan, just bombs.”

At one peacebuilding organization visited by Schirch, she saw a poster that read, “The more we sweat for peace, the less we bleed in war.” Schirch said “the Pakistani people themselves fund and carry out almost 90 percent of all the work for peace, development and human rights in Pakistan.”

Schirch said she is familiar with the following Pakistani-led peacebuilding efforts:

Schirch noted that many Pakistani Christians, belonging to a small minority of the population, take huge personal risks to protect the rights of all religious and ethnic minorities. Pakistanis welcome the United States playing a major role in diplomacy and development in the region, noting these are the real solutions to the root causes of the problems, said Schirch. But she added that many Pakistanis believe “America isn’t serious about diplomacy, only about its bombs and weapons.”

In interviews with diverse groups in Pakistan, Schirch found unanimous condemnation of American drone bombs targeting extremists, which have caused hundreds of civilian deaths. But there is also common ground, she added. Many Pakistanis share Americans’ hope that Bin Laden’s death will bring an end to the War on Terror and will lead to U.S. military withdrawal from these regions, she said. “The wars in Pakistan, Afghanistan and Iraq impose costs on all of us,” said Schirch.

Schirch traveled to Pakistan as part of her ongoing work as a research professor and policy expert with EMU’s Center for Justice and Peacebuilding.  In April 2011, Schirch received a $70,000 grant from the Rockefeller Brothers Fund to continue her work of educating Washington policymakers about grassroots peacebuilding efforts and to bring the voices of civil society members in war-torn countries to the attention of policymakers. 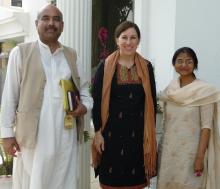