$3.1 million now committed to provide food to those caught in the crisis 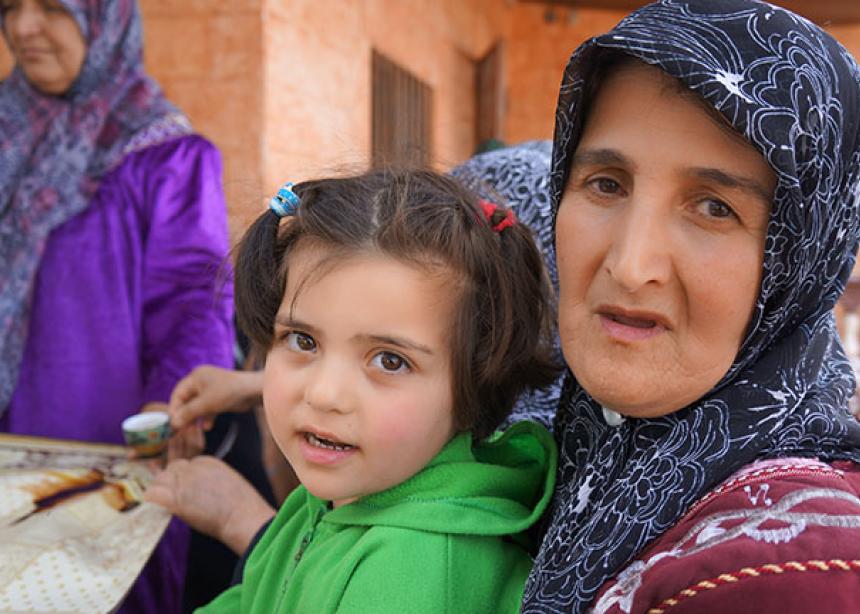 “Every night I go to bed thinking about what I will feed my family in the morning,” says a Syrian woman who fled with her family to a refugee settlement in Sidon, south of Beirut, Lebanon.

Sadly, her story is all too common, as 6.8 million people are in need of immediate humanitarian assistance due to ongoing conflict in Syria.

To deal with the situation, Canadian Foodgrains Bank has launched a Syria crisis appeal to help raise money to support people in that region who are in need. Initially, the Foodgrains Bank committed $1.6 million to fund projects that will provide basic food items such as rice, chickpeas, pasta and oil to more than 33,000 people in the area.

And now it has committed a further $1.5 million to help an additional 12,000 refugees by providing special supplementary food to babies between six months and a year old, as well as vouchers for families to buy food in the local market, and basic cooking utensils that they were forced to leave behind when they fled their homes.

The projects are being led by Foodgrains Bank members Mennonite Central Committee Canada (through its partner Popular Aid for Relief and Development) and Canadian Baptist Ministries, with support from Presbyterian World Service & Development, World Renew, Primates World Relief & Development Fund, and the United Church of Canada.

Food is a top priority for many who have fled violence and fighting in Syria, according to Foodgrains Bank executive director Jim Cornelius. “Whether people are living as refugees in neighbouring countries, or are displaced from their homes within Syria’s borders, daily life has been interrupted and people do not have access to the food they need,” he says. “Many people are not able to work and normal agricultural production has been crippled in many areas.”

According to reports from the Food and Agriculture Organization of the United Nations, the conflict in Syria caused a dramatic drop in domestic food production. Production of many crops has dropped by half, and there is massive destruction to irrigation systems and infrastructure. At the same time, inflation is rampant and the price of many essential food items has risen by 200 percent.

Just under half of Syria’s population comes from rural areas, with 80 percent of these relying on agriculture for their livelihood.

“When there is a crisis of this magnitude, we must respond,” says Cornelius. “The Foodgrains Bank is looking for ways to scale up our effort and help even more people.”

The crisis in Syria, which began in 2011 as a peaceful protest, has worsened in the last few months. To date, more than 80,000 people have been killed and thousands more have been wounded.

The Canadian Foodgrains Bank projects are undertaken with financial support from the Canadian International Development Agency. Since January 2012, the Canadian government has provided more than $48 million in humanitarian assistance to Syria and neighbouring countries.