A flood of bleak images 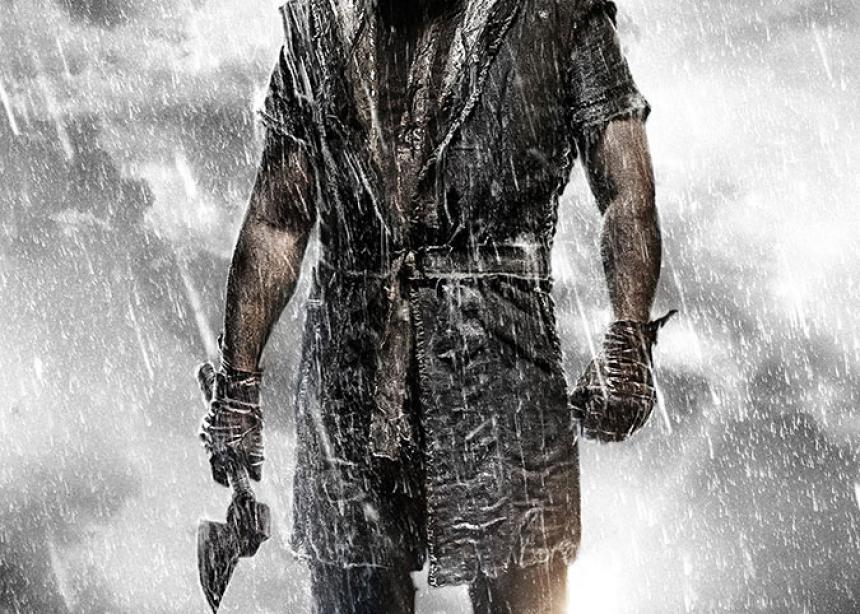 Those who miss the days of Hollywood biblical epics will be happy to see that one of the first stories we hear in Sunday school has come to the cinema as a grand, big-budget spectacle. Darren Aronofsky’s Noah has opened to widespread critical acclaim and blockbuster status, defying the expectations of those who thought it was too controversial to succeed.

The controversy centres on the film’s anachronistic environmentalism and its lack of faithfulness to Scripture. Personally, I think Aronofsky, who comes from a conservative Jewish family, was trying to be faithful to Scripture. My own struggle is with the film’s biblically faithful themes of justice versus mercy and the goodness and evil in human hearts.

Aronofsky is known for his disturbing, thoughtful and surreal indie films (Requiem for a Dream, Black Swan). We catch glimpses of his unique style in Noah’s bleak landscapes and the flashback stories of the Garden of Eden and the subsequent history of human violence. But for this epic tale, Aronofsky has focused on awesome special effects and violent action. As spectacle, I found Noah both engrossing and exhausting, but as storytelling I found it wanting.

In the film’s earliest scenes, it looks like the story is set in a post-apocalyptic future, with obvious allusions to how the industrial revolution paved the way for humanity’s destruction of God’s beautiful creation. Aronofsky says he reads the story of the flood as a call for humanity to be stewards of creation and not to just take dominion over it. Through Noah and his descendants, God gave humans a second chance to take care of creation, but we are again failing in that task.

I can appreciate Aronofsky’s desire to draw attention to the mess we are making of our planet, but within the framework of this story of God’s judgment, it only exacerbates one of the story’s dilemmas: Does it make any more sense for God to utterly destroy the environment to punish humanity for destroying the environment, than for God to violently slaughter almost every human on earth as judgment on an earth filled with violence?

Genesis tells us that Noah was a righteous man who walked with God and did all that God commanded. In Noah, Russell Crowe does a great job playing a righteous man trying to be faithful to God. And yet, because of that unquestioning faithfulness, Noah becomes the least sympathetic character in the film. Why? Because he believes God wants him to ensure that the genocide is complete, that his sons are to be the last humans on earth, thus forever ending the consequences of the evil inclination of human hearts.

At one point in Noah, Noah’s daughter-in-law, Ila, says to him: “God chose you because you saw the wickedness of man and he knew you wouldn’t look away. But there is goodness, too.”

Ila and Naameh, Noah’s wife, try repeatedly to convince Noah that there is goodness in people, not just evil. But Noah sees only the evil. In the film’s climax, he must choose between the way of mercy and the way of justice (and final judgment).

The audience, which is hopefully weighing these options, is supposed to side with mercy and cheer when Noah chooses that option. I commend Aronofsky for leading us in that direction, but it leads me to two critical questions:

In the end, Noah focuses too much on the evil in the hearts of the male figures to allow the wise words of the film’s women to shine through. If viewers leave the theatre discussing the questions raised by Ila and Naameh—mercy versus justice, blind obedience, and the nature of good and evil in human hearts—then the film has performed a valuable service.

Alas, I fear viewers will only remember the thrill ride, which, by the way, is not suitable for children. Noah is a dark, deeply disturbing, violent film that should never have been rated PG.