Figuring out 'better ways of sharing' 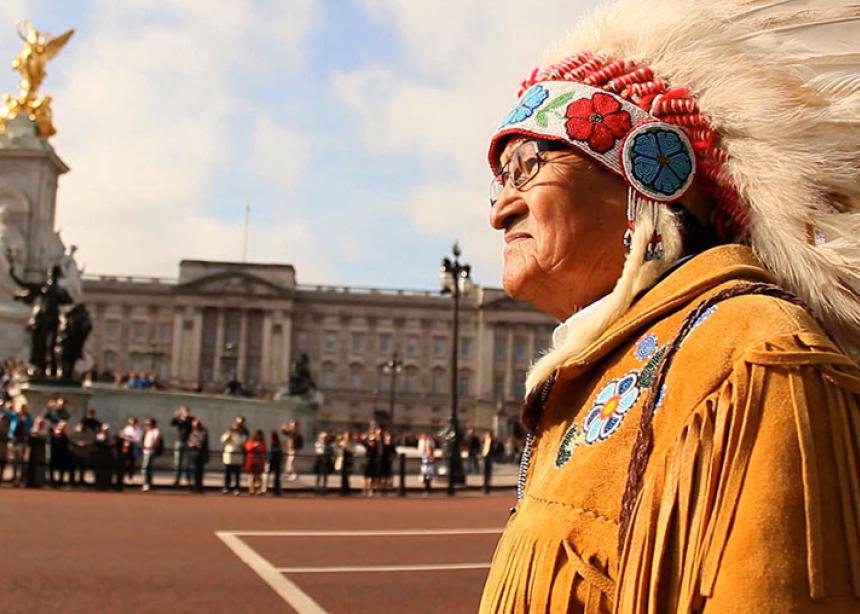 Oct. 7 marked the 250th anniversary of the Royal Proclamation of 1763, a rather grandiose document whereby King George III of England went about the imperial business of colonizing a big chunk of North America.

Steve Heinrichs, director of indigenous relations for Mennonite Church Canada, travelled to England to mark the occasion. He was with a delegation organized by the Federation of Saskatchewan Indian Nations. The group included Shawn Atleo, national chief of Canada's Assembly of First Nations, and one of his predecessors, Ovide Mercredi. Among other activities, the delegation had arranged for a meeting with Prince Charles.

Commemoration of the Royal Proclamation, like the document itself, is complicated. The first two thirds of the proclamation—which is about as long as a feature article in Canadian Mennonite—established a system of British rule for the eastern part of North America, over which the Brits had recently consolidated control. The last third of the document set out parameters for relations with "the several Nations or Tribes of Indians" in the relevant areas.

It recognized indigenous peoples as independent political entities, rather than simply subsuming them as subjects. And it clearly recognized certain indigenous rights to land and due process.

The proclamation declared indigenous people in the parts of North America not formally colonized at the time—not yet "ceded to" or "purchased" by the Crown, which includes what is now western Canada—were not to be "molested or disturbed. " Their lands were "reserved" for them. Acquisition of these lands for settlement purposes could not take place unless a Crown-sanctioned process was undertaken.

The basic rights recognized in the proclamation are enshrined in the Canadian Constitution and are thus vitally relevant today.

There are different interpretations of the proclamation and the various treaties that followed, but hopefully we, as people of faith, can see a simple principle at the core of indigenous relations in Canada: that we live together respectfully and fairly. That we share this land. That we co-exist in a way that works well for everyone.

Obviously, this has not happened; otherwise, indigenous leaders would not have felt the need to travel to London to bring attention to the proclamation. Things have worked out much better for us settlers than for indigenous people. I'll spare you the stats.

While some people are eager to blame indigenous people for their state, as people of faith we are called to understand and be gracious. Our role is to respond, not to shift blame.

Heinrichs says the proclamation is "about a way of being together. " The task now, he says, is to "figure out better ways of sharing. "

Back in London, the group looked forward to meeting Prince Charles—which was to be the centrepiece of the trip. However, Heinrichs says the delegation learned that the Prime Minister's Office back home intervened to have the meeting cancelled. Clearly we need a better way of being together in this country.

We are fortunate, as a Mennonite church in Canada, that Heinrichs is in the thick of vital conversations with indigenous leaders. He accompanied the delegation to London at Mercredi's invitation. But the ultimate value of his work will depend on the extent to which others in the church support and join him on the path towards "respect and mutuality. "

A video of the trip can be found at mennonitechurch.ca/tiny/2173. Read more coverage and view more photos in our photo story.