'Fighting with the Lions'

One hundredth member of MWC rooted in ministry among the poor 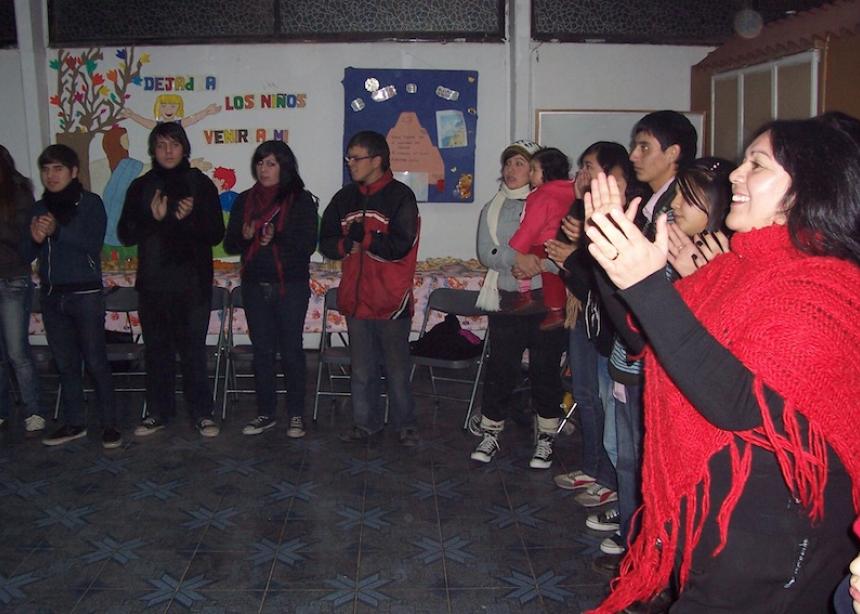 Iglesia Evangélica Menonita de Chile (IEMCH) was accepted into membership of Mennonite World Conference (MWC) this past May. The approximately 1200-member conference of 14 congregations was the 100th body – and the first in Chile – to become a member of MWC.

According to Tripainao, IEMCH leaders see this new connection to the world family of Anabaptists as "a recognition of the work they have done for some 20 years." Youth minister Christian Bustos sees it "opening greater possibilities for the exchange of our gifts, while putting them in the service of God's kingdom."

The IEMCH is one of several independent Anabaptist-Mennonite groups in Chile that have come into being mostly as "native" initiatives. With coaching from Jorge Vallejos, Sr., an expatriate Chilean church planter in Canada, the IEMCH, embraced its Mennonite identity in 1989 and received official government recognition the following year.

The IEMCH churches emerged in poverty-ridden poblaciones (poor sectors in and around Santiago, Chile's capital), so their ministry was, naturally, a combination of Christian social work and evangelism. Relieving poverty, training young people vocationally, battling the drug culture and working at rehabilitation of its victims – all make IEMCH president Daniel Delgado exclaim: "I feel at times as if I were trying to wrest defenseless lambs from the mouths of lions!"

Delgado leads a team of pastors and youth leaders, some of whom have given up well-paying careers and have chosen part-time self-employment in order to free up much of the week for "the work of the Lord."

The IEMCH congregations conduct active nurture and outreach ministries as well. Worship services take place in the evenings, while Sunday schools for their own and neighbourhood children are held in the morning and include breakfast, singing and Bible lessons, and conclude with lunch before releasing them. God's Word is also taught through "preaching at worship and in the street and through Bible studies." Street ministry includes "serving coffee and sandwiches to the homeless."

Pastors' retreats, women's group meetings and ministries, marriage retreats, evangelism trips to distant cities (including to Argentina across the Andes), prison ministry, monthly joint worship services between various congregations, summer camps for catechism culminating with joint baptisms are all part of IEMCH's ongoing effort to extend the church and witness to the watching world. Once, when a police officer asked pastor Daniel Delgado what his church was about, he replied: "We are doing the work you are hired to do, and we do it for free."

Most pastors in the IEMCH are lay ministers. As president, however, Delgado's church duties do not allow him to hold a professional job. Supported through church contributions, he is able to do duties of visitations, keep the pastors and congregations connected, run the conference's programs, and administer its property.

In the early years, IEMCH often felt isolated. But more recently their hunger for a connection to the wider Mennonite world family has been awakened by short-term visits from Mennonite teachers and mission administrators, their increasing involvement in the biennial gatherings of Mennonites from the Southern Cone (Brazil, Bolivia, Paraguay, Uruguay, Argentina, and Chile) and the 2009 MWC Assembly 15 in Paraguay.

- Titus Guenther, theology and missions professor at Canadian Mennonite University, Winnipeg, Canada, has worked and taught in Chile over the years.