A family in need of a fresh start 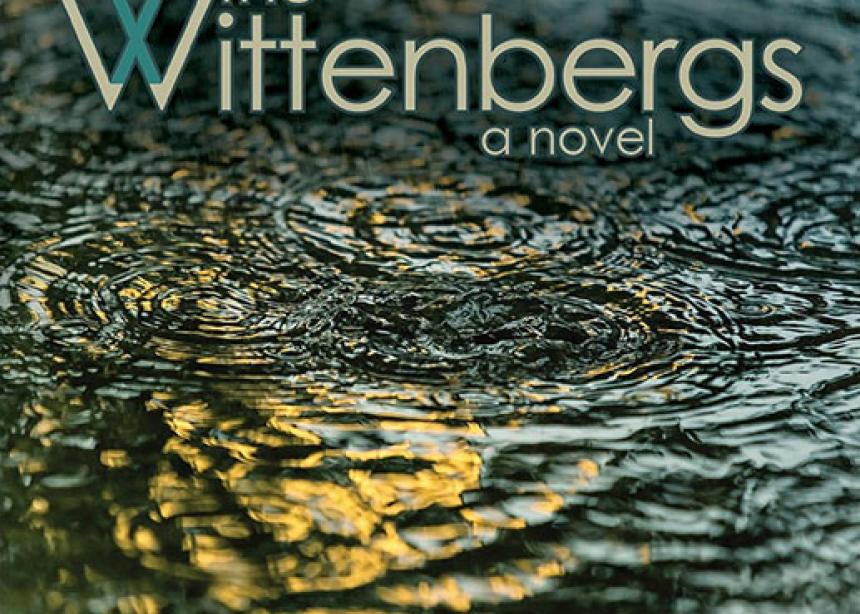 “The only safe place is inside the story,” reads an epigraph to this first novel by Sarah Klassen of Winnipeg. This story moves through a momentous year in the life of the Wittenberg family, and it unfolds within the larger narratives of family history and coming of age in 21st-century Canada.

The Wittenbergs are going through troubled times: Mother Millicent’s “tendency towards joylessness” has developed into serious depression, tempting father Joseph to stray from his marriage vows; daughter Alice struggles to cope with two sons who have a genetic disorder; and grandmother Marie is growing infirm. Younger daughter Mia, in her last year of high school, finds inspiration and solace in her grandmother’s stories of her Mennonite family in Ukraine and their immigration to Canada.

Mia is the rock in the family, holding “past and present in her steady gaze,” in the words of one critic. She brings to mind another memorable teen, Nomi Nickel, from Miriam Toews’s A Complicated Kindness.

The family name, of course, evokes another troubled time and place: it was in Wittenberg that Martin Luther nailed his 95 complaints to the church door and launched the Reformation. This Winnipeg family, too, is in need of a fresh start, a new synthesis between its Mennonite past, untended relationships and contemporary urban life.

One of the delights of this book is its specific setting in North Kildonan, the home of many Winnipeg Mennonites. GranMarie lives on Edison Ave., while Mia jogs along Kildonan Drive, attends graduation at the Fort Garry Hotel and shops at Polo Park Mall.

Another treat is the interplay between literature and life—or between different stories. Mia’s high-school life intersects with the tumultuous past of her grandmother, both framed by the novels of Jane Austen. The presence of Chekhov hovers over events, and there is even a “cool” comparison between God and Pygmalion. Klassen weaves in the Mennonite material without allowing it to become pedantic or overwhelming. It seems to Mia that her ancestors “lived always close to death.”

We see Mennonites also through Millicent’s “English” eyes. She can’t identify with their “narratives of escape and loss,” but neither can she seem to find her own story; she observes that Mennonites like to travel, especially to poverty-stricken places where they can donate their skills and money, and “come home feeling satisfied with themselves.” Ironically, Millicent finds a salvation of sorts by working at a thrift shop, to which she gives many of her possessions, and by caring for her needy grandsons.

Hedie, one of Mia’s teachers, has her own story of immigration and tragedy.

A dramatic trip to the past proves to be a turning point for the Wittenbergs, leading to “rebirth” and a new ability to face the future. While some reconciliations seem a little too rosy, there are no easy answers and the ending is muted.

I had a few quibbles with this book. Mia’s versions of her grandmother’s stories, done as a creative writing project for school, seem a little too precocious for a teenager, good student though she is. And I found it unlikely that she would support her friend’s drug habit and forfeit a significant school trip without her parents’ intervention. I thought grandmother and son both entered extra-marital relationships rather too easily for church-going Mennonites. Stylistically, Klassen chose to forego quotation marks (except for GranMarie’s stories), which I find “flattens” the text a bit, both visually and cognitively.

Overall, though, I found Klassen’s first novel an impressive venture in blending worlds and stories. I look forward to reading more.