Faith was their greatest weapon 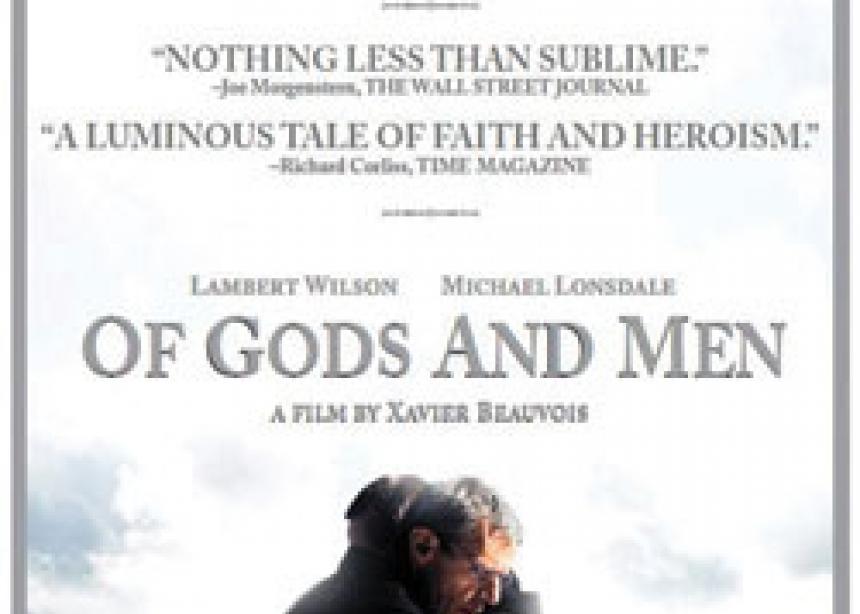 Based on John Kiser’s 2003 book The Monks of Tibhirine: Faith, Love and Terror in Algeria, Xavier Beauvois’ 2010 movie, Of Gods and Men, was called “best perhaps the best movie on Christian commitment ever made,” by Richard Lowry in the New York Post.

It is 1996 and eight Trappist monks have dedicated their lives to living in an out-of-the-way corner of Algeria dispensing medicine, medical help, advice and Christian love to the Muslim residents of the area. Their peaceful lives are upset by the rise of the murderous actions of Islamist terrorists in the area and by the Algerian military’s pressure on the monks to stop giving medical aid to everyone, including wounded terrorists. The movie focuses on the community’s need to decide whether to stay or to leave for the security of France.

Of Gods and Men depicts the everyday lives of the monks as they care for the community around them, minister to each other and worship together through the season of Advent and Christmas. Since they are a community that functions by consensus, they move through several meetings to come to their decision, since the abbot does not carry the authority to make the decision for all of them.

Between the meetings they each live out their lives of prayer in personal ways. Several times terrorists barge into their enclosure in the night. During one religious exercise, a military helicopter slowly circles the compound, forcing them to gather more and more closely together, all the while singing the mass.

The local Muslim people, terrified by the Islamists, argue with them to stay. The community of monks actually convinces the Islamists to leave their weapons outside, and refuses police or military protection.

This would make a great movie for either a purely Christian audience, or one to watch with local Muslims. In either case, it can lead to discussions on what it means to practise one’s faith.

The movie was the National Board of Review’s Best Foreign Language Film and the Grand Prize Winner at the Cannes Film Festival.

Dave Rogalsky is the Eastern Canada correspondent for Canadian Mennonite.