Chris Summerville reflects on his journey with mental illness 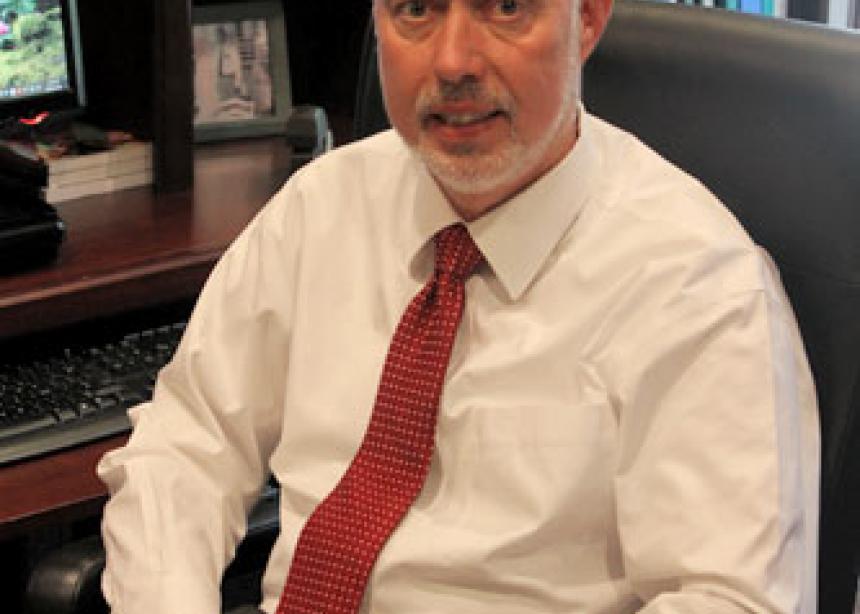 All the fear, stigma and social prejudice that surrounds mental illness recently surfaced again in the media when a review board granted Vince Li temporary passes to take supervised walks in Selkirk, Man., where he is hospitalized. Li made headlines about four years ago with the horrific psychosis-induced beheading of a fellow bus passenger.

“Schizophrenia is treatable and recovery is possible,” says Summerville, who, in his nearly 60 years of living, knows first-hand what it is like to live with mental illness.

He was born in Birmingham, Ala., in 1952, into what he describes as being a very dysfunctional family. “We lived by the three rules of dysfunctionality: don’t talk, don’t feel and don’t trust,” he says. “We didn’t talk about my father’s alcoholism, rage-aholism and sex-aholism. We suffered abuse of all kinds.”

Eventually, Summerville’s mother led his father to a relationship with Jesus Christ, “but he couldn’t shake the depression. He struggled with bipolar mood disorder. That’s something that runs in the Summerville family,” he says. “In 1988 [his father] took his own life out of remorse and guilt. My own journey then has been profoundly impacted by mental illness.”

“I was struggling with depression as a teenager, but I thought it was a spiritual problem,” Summerville says. “I thought it was a sin problem, that I wasn’t praying hard enough and didn’t have enough faith, not realizing the complexities of what mood disorders can do to a person’s entire life. So I masked it with workaholism, religiosity and perfectionism, which made it even worse.”

Summerville felt the call to pastoral ministry at age 17. “My conversion was a real one, a conversion of understanding,” he says. “It was not based on emotion, but there was a warmth about it, a sense of grace, mercy, love, forgiveness, and that Christ’s death on the cross was for me. What was missing at that time, though, was a greater clarity around the kingdom of God and social justice.”

While pastoring at Redeemer Bible Church, Niagara Falls, Ont., Summerville says, “my workaholism, religiosity and perfectionism, along with increased depression, resulted in burnout.” He went on to study clinical pastoral education while still struggling with depression, saying, “At that time I was beginning to see that this was not just a spiritual problem.”

“In my pastorates I always spoke freely about mental health and would briefly, quickly reference my own struggle with it,” Summerville says. “But at Redeemer Bible Church I came out of the closet. I can remember the Sunday I said to the people that I struggled with depression. The congregation was gracious, but quiet. I can remember them filing out and their heads were down, not knowing what to say. We are not adequately prepared in seminary to deal with mental illness in the church,” yet he notes that “Jesus calls us to befriend one another and bear one other’s burdens.”

In 1995, Summerville began his current position with the Schizophrenia Society. “God has used this society in two ways,” he says. “Bringing healing in my own life by being able to confront my own self-stigma, and learning more about mental wellness. Second, this is my ministry. Persons with mental illness are the lepers of today. Addressing mental illness and the social prejudice that accompanies it is the last taboo in our society. So I have evolved as a community activist and advocate.”

Because of his advocacy work, Prime Minister Stephen Harper appointed Summerville to the board of directors of the Mental Health Commission of Canada in 2007. “Our great accomplishment has been the release of Canada’s first mental health strategy this past May,” he says of the commission. “I believe in the social model of disability, that what is disabling is not so much the mental illness as it is society’s ill response to people with mental illness.”