Even in the smallest places . . . can a garden grow 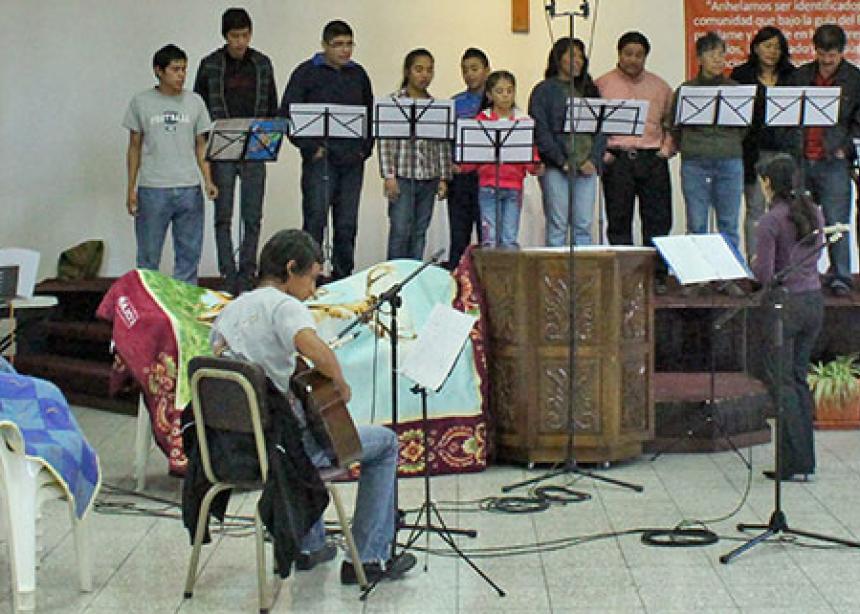 In the middle of the most violent places in Guatemala, music is a healing presence.

While recording their most recent CD, Even in the Smallest Places, in Guatemala and El Salvador, Kim Thiessen and Darryl Neustaedter Barg had opportunities to interact with local musicians and talk about peace.

“It never ceases to amaze me that people maintain joy in the midst of struggle,” Thiessen says. She saw first-hand how music, things as seemingly mundane as piano lessons, would take people away from violence: “In the middle of chaos, there is this normal activity that we get our kids to do, too.”

“This collection of songs is about despair, sadness, faith and hope, found without failing, always and ‘even in the smallest place,’ ” a blurb on the CD cover reads.

Thiessen’s rich alto combines seamlessly with Neustaedter Barg’s smooth voice and vibrant guitar. The challenging task of weaving in the international voices and instruments is well done and gives a joyful, authentic voice to the message of challenge and hope present in the lyrics.

The CD was recorded in three locations. In January 2013, Thiessen, Neustaedter Barg and a small team from Mennonite Central Committee (MCC) met with musicians in Guatemala and El Salvador. The recording environments were sometimes challenging. In one church building, cardboard boxes were stuffed into window wells to block the outside noise and blankets had to be draped over plastic chairs to reduce echo in the room. The recordings were then brought to Winnipeg, where the rest of the work and editing was completed.

Even in the Smallest Places is Thiessen and Neustaedter Barg’s fifth CD, and proceeds from all five, currently totalling more than $750,000, have gone to MCC’s Generations at Risk program to provide relief and education to people suffering from AIDS. Their latest is unique, in that proceeds will be divided between the Generations and peace programs of MCC.

Asked why he and Thiessen continue to give volunteer time and effort to these projects, Neustaedter Barg replies: “That’s easy. It is super rewarding to bring awareness about people’s lives in other places. I love MCC. . . . We are doing as good a job as we can helping build awareness of MCC’s work with partners around the world.” 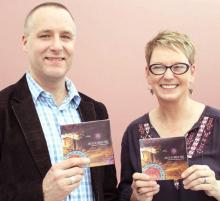