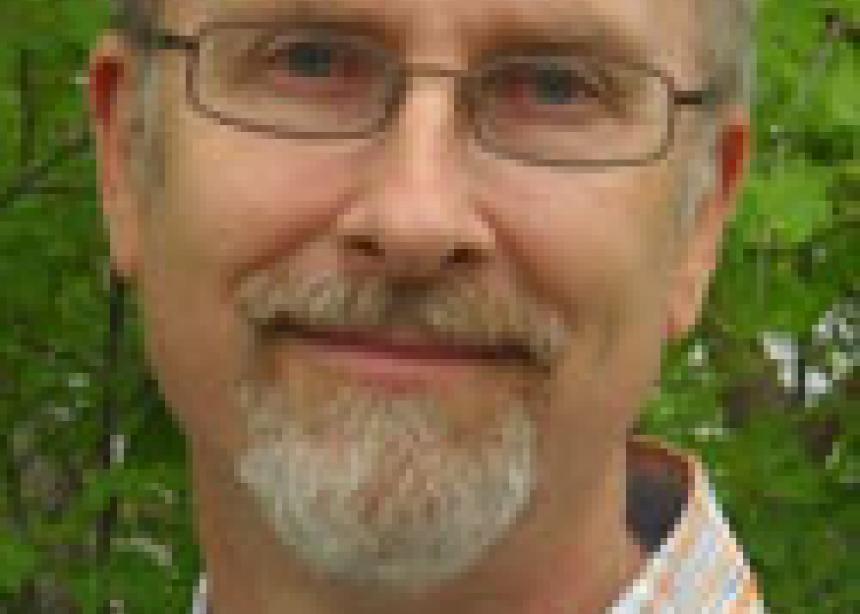 Russ Eanes, director of finance and operations for Mennonite Publishing Network, will become executive director of MennoMedia on July 1. He will move to Harrisonburg where the head office of the new agency formed by merging MPN and Third Way Media will be located.

Eanes has served MPN from Scottdale, Pa., since 2007. He played an integral role in the joint staff team that developed the business plan for MennoMedia and is currently engaged in laying the groundwork for the merger.

“Russ comes with a deep passion for publishing and media,” said MPN board chair Phil Bontrager. “His faith and life are grounded in Mennonite/Anabaptist theology, and he articulates his faith clearly and reflects a commitment to missional church theology.”

The current executive director of MPN, Ron Rempel, is retiring after eight years. He worked out of an office in Waterloo, Ont. Third Way Media is currently headed by co-directors Lowell Hertzler and Sheri Hartzler. They will be part of the MennoMedia staff.

The search committee for an executive director was formed late last year following Rempel’s decision to retire during 2011. It was headed by Abe Bergen, an MPN board member from Winnipeg, Man. Also on the search committee are Marco Guete of Sarasota, Fla.; Kim Vu Friesen of Minneapolis, Minn.; and Rebecca Seiling of Waterloo, Ont.

“Russ is attuned to the current and emerging environments in publishing and media,” said Bergen. “His work at MPN for the past four years demonstrates his ability to work creatively with others for change. His understanding of finances will contribute to a solid business plan and fiscal responsibility.”

Before coming to MPN, Eanes was administrator of Allegheny Mennonite Conference and pastor of Crossroads Community Church in Johnstown, Pa.

Eanes earned a master’s degree in public policy and administration at Boise State University in Idaho. While there, he worked for the university, including a stint as interim assistant director of facilities, operations, and maintenance.

Earlier, Eanes was managing director of Plough Publishing House in Farmington, Pa., and worked in other capacities as well with the Bruderhof Communities. In the 1980s he was co-founder and editor of Coming Together, a grassroots magazine supporting alternative Christian communities.

“I’m excited about the challenges and opportunities that our new, merged agency has to serve the church in its North American context as well as in the rest of the world,” said Eanes. “I look forward to a fruitful collaboration with a wonderful group of people in Harrisonburg, in our other locations, including Canada, and in the wider church.”