Eden Mennonite Church sports ministry has been going for 17 years 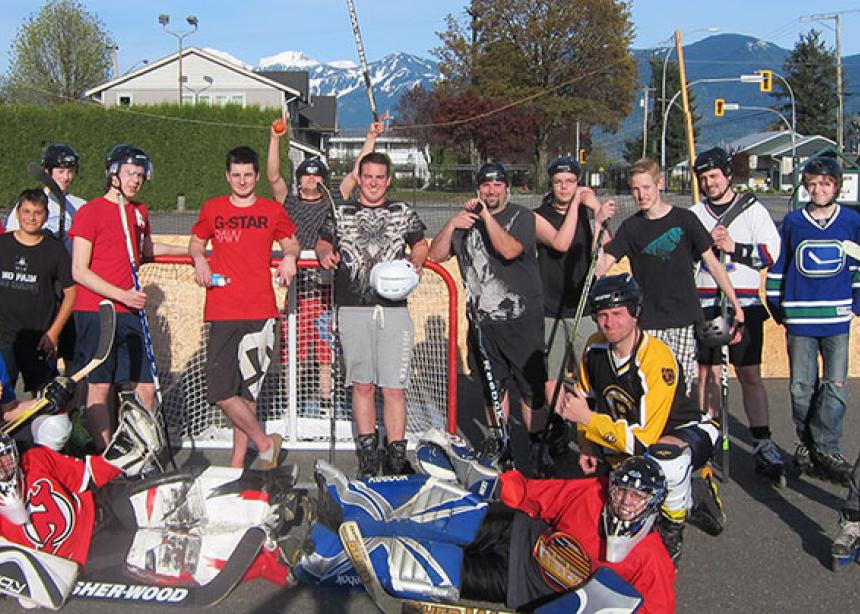 A simple game like roller hockey has turned into a ministry that has been going on at Eden Mennonite Church in Chilliwack for more than 17 years. Eden offers its church parking lot every Wednesday afternoon from April to October for youths aged 12 and over to play drop-in hockey.

Pastor Rob Brown, who began the missional project in 1996, is still involved and his son Kayden now also takes part. The event draws players from the congregation as well as the community, and promotes interaction among churched and non-churched. Some young men from the community make it such a priority to attend that they have arranged their work and personal schedules to keep Wednesdays from 4 to 6 p.m. free.

The Eden congregation also supports the players by supplying extra helmets and sticks for those who want to play but don’t have their own equipment, and by hosting fellowship events such as barbecues.

“Pastor Rob and everyone involved have turned this enjoyable pastime into a community of friends from both inside and outside the church, a place to mentor young people in the ways of sportsmanship and being part of a team,” says a report from Eden Mennonite published in the Mennonite Church B.C. “News & Notes” newsletter. “The roller hockey program takes a simple game like hockey and turns it into a practical outreach program where anyone . . . can participate, have fun and learn important life skills, not to mention get a great workout!”