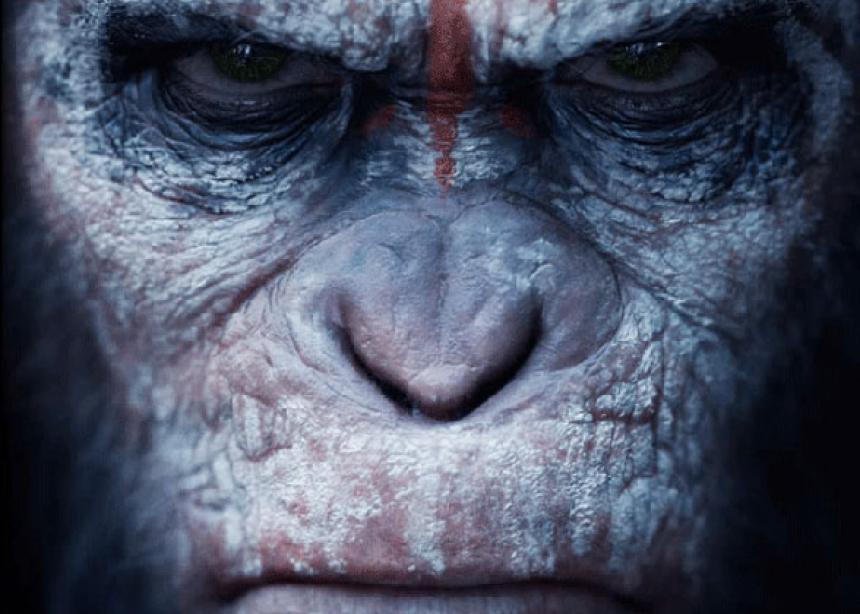 The big blockbuster of the summer is the critically acclaimed Dawn of the Planet of the Apes, the sequel to 2011’s Rise of the Planet of the Apes. It is set in the near future, in which an epidemic—created by the same retrovirus that made apes as intelligent as humans—has wiped out most of the world’s human population. Ten years later, the apes, assuming the humans are all gone, have built themselves a village in the woods north of San Francisco.

But one day two young apes bump into a small group of humans looking for a dam which they hope will provide power to what’s left of San Francisco since they have run out of fuel for their generators. Both sides react with fear and surprise, and one of the unarmed apes is shot.

Fortunately for the humans, the apes are led by Caesar, who has many fond memories of humans. Unlike his closest aide, Koba, who has experienced only violence at the hands of humans, Caesar is inclined to trust the intentions of the humans and even helps them with the dam.

Meanwhile, Koba goes behind Caesar’s back to scout out San Francisco and discovers that the humans have amassed a huge arsenal that they are readying for possible use against the apes. Matters quickly deteriorate from there, with the inevitable major battle looming just around the corner.

Dawn of the Planet of the Apes is a predictable, but well-made, intelligent and entertaining film deserving much of its acclaim. The special effects and cinematography are amazing, the acting is strong by all involved (a special nod to Andy Serkis as Caesar), the score by Michael Giacchino is good if at times overwhelming, and the direction by Matt Reeves is tight.

Dawn has been praised for its humanistic statements and its social commentary on issues faced by many conflict-ridden nations in our time. It’s true that the film attempts to do exactly that. There is an emphasis on the power of inter-species cooperation and we are meant to sympathize with both sides in the developing conflict. The battle, when it comes, is appropriately depicted as stupid and evil, and as the work of a leader who manufactures a pretext for war by attacking his own species.

Ultimately, however, I believe Dawn fails in its attempts at moral engagement by giving us a violent dehumanizing ending that undoes most of the humanizing anti-violence messages that have gone before.

Earlier this year, Disney’s Maleficent did the same thing. Both of these films exhibited huge potential, but displayed an incredible lack of imagination at the end.

This lack of imagination is shared by three of the other four blockbusters of 2014, all of which are rated PG and thus aimed at young people. What makes this so worrisome is that these violent films suggest to our children that, in the end, major conflicts can only be resolved with violence, which is usually “necessary” to overcome evil in our world.

Like Dawn and Maleficent, The Lego Movie was also full of mixed messages. It ended with a wonderful challenge to the redemptive power of violence, but before that it gave us 85 minutes of toy violence and the non-stop promotion of violent Lego toys.

Still, all three of these films are much better than the 2014 blockbusters Captain America: The Winter Soldier and Transformers: The Age of Extinction, neither of which have any redeeming qualities and both of which feature endless violent action to “edify” our children.

The only 2014 blockbuster exception to the trend I just described is X-Men: Days of Future Past. This amazing film also features far too much violence not appropriate for children, but its entire plot is a challenge to the myth of redemptive violence. X-Men posits instead that acts of violence only result in an endless cycle of violence, ultimately destroying the world, whereas the ripples of even one nonviolent act have the potential to transform the future and prevent countless acts of violence, saving billions of lives.

All tolled, this year’s blockbusters give us reason to hope that Hollywood has not lost its moral compass entirely and that many filmmakers are seriously trying to engage with the issues haunting humanity in 2014.

The bad news, however, is that the nine highest-grossing films of 2014, all rated PG, are full of violent action, indicating a justifiable perception that violent action is what people—especially young people—want to see when they go the theatre.

This does not bode well for our future. I don’t know how we have allowed this trend to develop, but I think it’s time for a wake-up call, the kind of wake-up call Jesus issued 2,000 years ago in another world dominated by violent conflict. 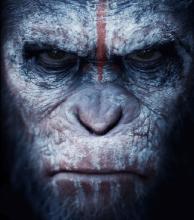