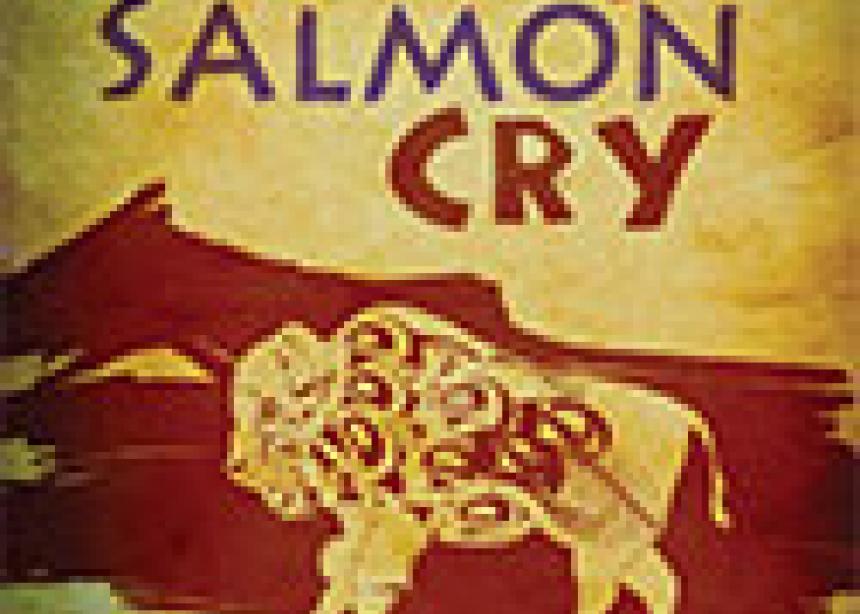 The writers, whom Heinrichs assembled from both settler and indigenous communities in Canada and the U.S., represent a wide range of perspectives arranged to reflect a respectful conversation. Essays written by indigenous writers are bookended with poetry, prayers or reflection from the settler perspective, and vice versa.

“Two critical issues of our time,” Heinrichs says, “are ecological/creation concerns, and the disparity between settler society and host people. This book seeks to bring those two conversations together, showing their past/present interconnections, and possible ways forward.”

The book takes a hard, critical look at the history of “stolen” lands, the assimilation of indigenous peoples and the current ecological crisis, and the role of settler Christians in those stories.

“The church, sadly, has been an accomplice in the colonization of this continent,” says Herald Press managing editor Byron Rempel-Burkholder. “This book names and showcases guilt and brokenness, and highlights ongoing concerns.”

For at least one indigenous essayist, Christianity itself was discredited in the way his people were colonized; other contributors have valued Christian faith even as they each recover their own traditional spirituality.

In Canada, the brokenness experienced by settler and indigenous communities has led to the Truth and Reconciliation Commission, and gave rise last year to the Idle No More movement. This collection of contentious essays engages colonial legacies as a catalyst for deeper engagement of these issues.

Heinrichs says he hopes the book “will be a source of encouragement, cultivating greater respect and understanding for indigenous peoples, especially amongst settler Christian communities,” and that “settler Christians who pick the book up would be unsettled in a good way, and find friends for conversation who are also puzzling through these questions.”

Buffalo Shout, Salmon Cry includes original art by Jonathan Erickson (Nak’azdli, Carrier-Sekani). “My artwork depicts a resurgent buffalo carrying within her the life and bones of the salmon,” Erickson says. “In a spirit of solidarity, they resist extinction and erasure.”

Walter Brueggemann, theologian at Columbia Theological Seminary, says of the book, “The voices that speak here sound from outside the theo-political, social-economic domination system of our society. The book is an invitation to rethink both policy and attitude.”