Mandela’s story is our story 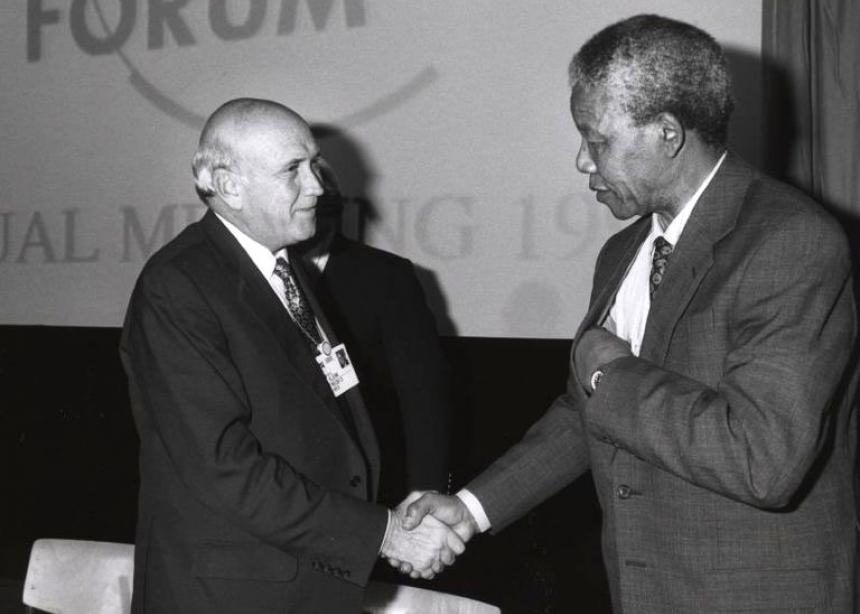 I was on Chapter 10 of Alan Paton’s defining South African novel, Cry the Beloved Country, when Nelson Mandela died. The story of the man and the story in the book—published in 1948, the year apartheid became official policy—are versions of the same story.

That story has captivated the world. The novel sold 15 million copies worldwide by the time Paton, a white man, died in 1988, and, of course, Mandela’s death created an astonishing global moment. For good reason.

South Africa is not just another country. It symbolizes humanity’s struggle to deal with a phenomenon that profoundly changed the complexion of history.

Several centuries back, when Europeans spread around the world setting up camp in other peoples’ homelands, humanity changed. The beginning of a global consciousness arose. People came face to face as they never had before, sometimes in goodwill, often not. Humanity was on its way to becoming a global community, one marked by difference.

The story of Mandela and his country is the story of dealing with difference, both in the political sphere and the spiritual. The colonial legacy has often brought out the worst in the human spirit. Along with power imbalances and economic disparity have come fear, strife and oppression.

Much of the human story in recent centuries has been about differences rooted at least partly in colonialism: Indian Residential Schools, making poverty history, the United Nations, numerous wars, our own guilt about global hunger, our national discomfort with the dismal state of indigenous peoples.

Africa occupies a unique place in this 500-year narrative. It is the biggest loser, the archetypal “Dark Continent,” the poorest place on earth, the least like Europe, the most other of the others.

The fact, then, that Africa—symbolized by the country in which difference had become most blatant—could overcome its differences made us feel like history could be healed.

That South Africa could wrestle its demons to the ground made the rest of us feel on some level like we could too. Humanity would be okay. Courage could overcome fear. The terrible awkwardness of apartheid was over. Humanity’s collective moral stock had risen as its net guilt eased. Mandela’s forgiveness extended in some sense to the entire white race. Reconciliation was at hand. We could all be equals.

At least for a while.

Mandela’s story is one of triumph. Cry the Beloved Country is not. It is about fear—white fear of black vengeance; black fear that history’s impossibly deep wounds would never be healed; everyone’s fear of the other; everyone’s fear, perhaps, that what is best in us will not prevail.

The novel is about an older black priest, Stephen Kumalo, who travels from his village to Johannesburg to find his younger sister and his teenage son. The latter two went to the big city for the same reasons poor people have flocked to the world’s cities for decades. Both had stopped writing home some time before, fuelling fear back home. The reality turns out to be worse even than the fears, tragic by-products of a people crushed and humiliated by white overlords.

The book ends with Kumalo standing in his village at dawn. He is home, but changed by tragedy. In holy weakness he stands facing Johannesburg and prays as the tender daybreak from on high visits him. Then Paton concludes: “But when that dawn will come, of our emancipation from the fear of bondage and the bondage of fear, why, that is a secret.”

There is no triumph, only the sun rising again over a beautiful valley and the quiet endurance of that which is best in humanity.

In the stadium in Soweto, U.S. President Barack Obama said Nelson Mandela spoke to “what’s best inside us.”

Of course, South Africa, like Stephen Kumalo, still finds itself caught between darkness and dawn. Apartheid is over—thanks be to God—but poverty, despair and shocking rates of sexual violence persist. Mandela’s successors squandered the moral authority they inherited. Many white South Africans have left, many driven by fear. Many blacks undoubtedly fear that Mandela’s dream will not arrive before their children are lost to the big city.

“Have no doubt it is fear in the land,” wrote Paton.

We all continue to deal with difference. Our task is to be drawn by stories of triumph and tragedy, courage and humility, to nurture that which is best within ourselves and, moreover, seek out the best that God has gently placed in others. 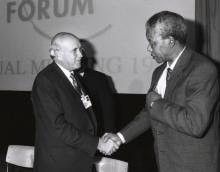