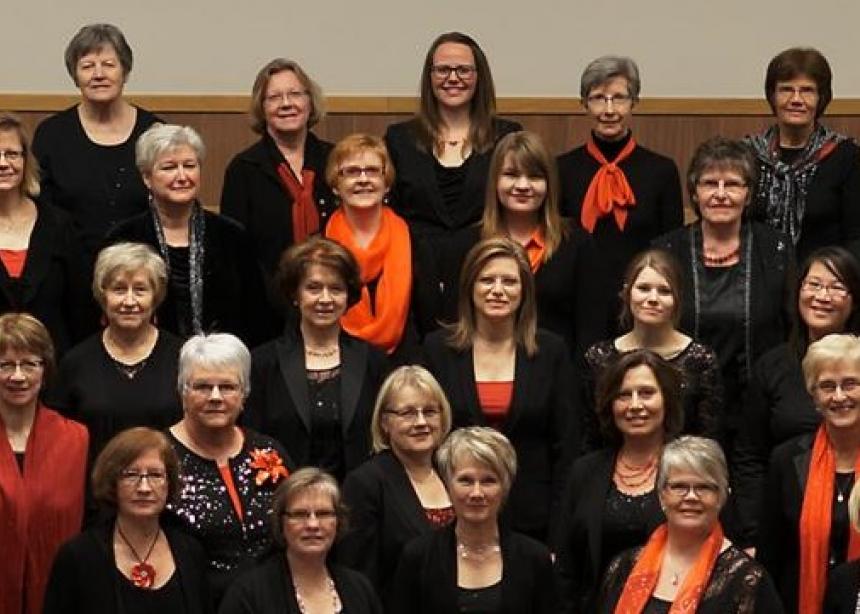 The concert will feature performances by the Faith and Life Men’s and Women’s Choirs, the University of Manitoba Women’s Chorus and the Buffalo Gals Drum Group.

Ticketholders for MCC Manitoba’s previously scheduled event in November can obtain tickets for the new event by calling (204) 261-6381 or visiting mccmanitoba.ca/50. Any remaining tickets will be made available starting Monday, Feb. 9, 2015.

The benefit concert was previously scheduled for Nov. 15, 2014. MCC postponed it when the church where the event was to be held objected to the smudging ceremony that was to happen before the concert. See: