CMU student hopes for stability and reconciliation in Congo

January 2, 2013 | God at work in Us
By Lyndsay Wright | Canadian Mennonite University
Winnipeg 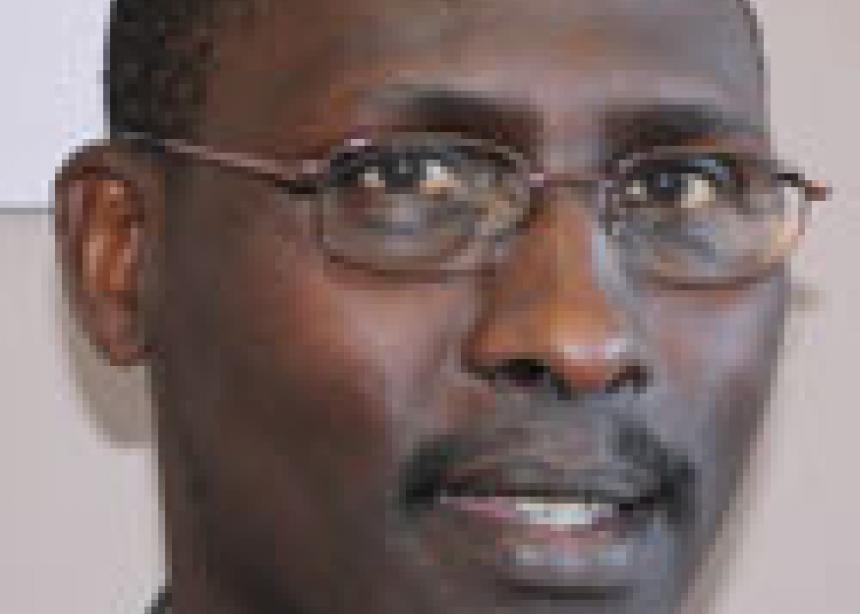 Shadrack Mutabazi is a Canadian Mennonite University (CMU) student who is trying to concentrate on his studies in spite of the trauma that plagues his family and his country. Mutabazi was born in the Democratic Republic of Congo but lived for ten years in exile in Rwanda and five years as a refugee in Uganda.

“I have lost many relatives—parents, uncles, brothers, cousins, colleagues, and friends—and I have narrowly escaped life-threatening incidents myself. I grew up with no peace, no hope for stability,” he said.

Mutabazi is anything but a victim. In Africa, he became an ordained pastor and founded the HOPU Organization to bring hope and peace—both to those who have been persecuted and the persecutors themselves.

“Deep inside, we all have interest in finding reconciliation and forgiveness. Even the perpetrators don’t live in peace,” said Mutabazi. “HOPU uses music to repair and restore, building bridges between groups of people who have been fighting for their entire lives. We want to see reconciliation. And we will get there someday. But first, we focus on just getting people sitting in the same room together and finding some common ground—through music, poetry, and other cultural activities.”

This father of six children has moved his family—including some of his siblings—to Winnipeg in search of peace and stability. At CMU, he is studying Peace and Conflict Transformation Studies and he also attended CMU’s Canadian School of Peacebuilding this past summer.

“One of the most important things I’ve learned during my time at CMU so far has been the power of love and forgiveness,” he said. “It sounds so simple, but I’ve discovered that you must go inward first to find love and healing so that you can help others to do the same. This truth has been profound in my life.”

His work has continued here in Winnipeg, through Shalom Christian Outreach and Heritage Outreach, and Mutabazi plans to use his degree to continue promoting peace, unity, and social justice as both a church and a community leader.

When asked about his home country, Mutabazi said, “I see great possibilities for peace and reconciliation in the Congo,” adding, “What has happened in my life—the killing, the fear—surpasses all human understanding. But we can still preach the message of peace, love, and justice. God promises us, in John 14:27, a ‘peace that the world cannot give.’ Peace comes from God, and God has a wonderful plan for the Congo.”

Recent increased tensions in the eastern Congo have sent other members of Mutabazi’s family fleeing for their lives. Some are safe for now, but have been separated from their families and fears run high. Mutabazi is looking for ways to bring more of his family into Canada. 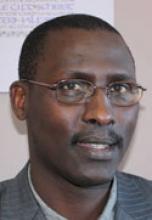