Also to move the location of the MWC head office from Strasbourg, France, to Bogotá. 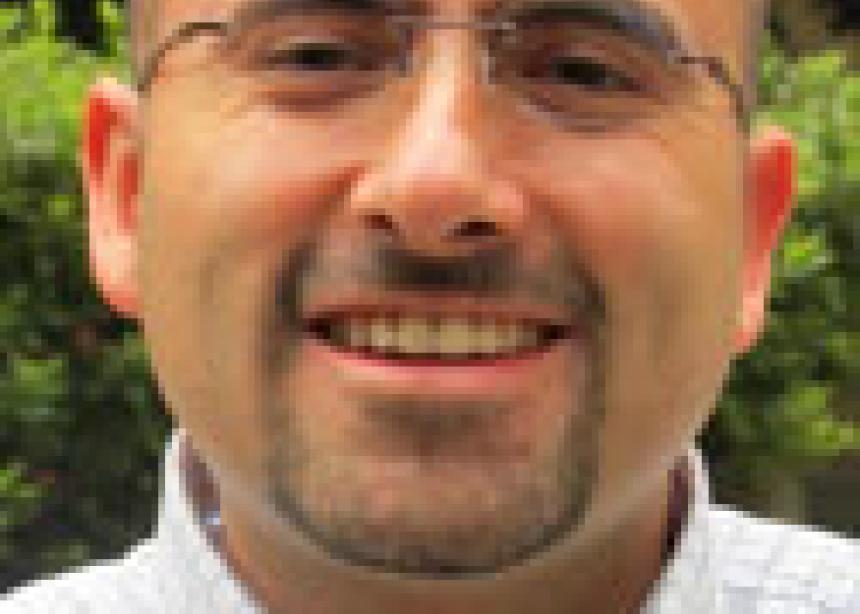 For the first time, a leader from the global South will become the General Secretary of the Mennonite World Conference (MWC). On May 4, the MWC Executive Committee formally appointed César García of Bogotá, Colombia, as General Secretary-elect, to succeed Larry Miller on January 1, 2012.

García, who was chair of the Iglesias Hermanos Menonitas de Colombia (Mennonite Brethren Churches of Colombia) from 2002 to 2008, is currently completing masters studies at Fresno Pacific Biblical Seminary in Fresno, California

“I am excited about the possibility of serving in the leadership of MWC with the purpose of praying, thinking and acting as part of Christ’s global church,” Garcíasaid, following his acceptance of the call. “God is glorified when the multicultural interdependency of his church is evidenced in our way of doing theology, practicing ecclesiology and bearing Christian witness in the world.”
The appointment was one of the first actions taken at MWC Executive Committee’s annual meeting, held this year in Taipei, Taiwan, May 4 to 11. “The affirmation of Cesar’s candidacy is a historical moment for us,” said MWC President, Danisa Ndlovu. “It is a recognition of our positive integration as a community of faith as we see the global South offering its richness to the global North.”
Also included in the Executive Committee action was the plan to move the location of the MWC head office from Strasbourg, France, to Bogotá. García will join MWC staff in August for a period of transition with Miller.
Garcia also serves as secretary of the MWC Mission Commission and as a member of MWC’s task force on the creation of a new network of service ministries. In addition, he has been active in inter-Anabaptist and ecumenical endeavours in Colombia.
According to García, 39, the Colombian church and his local congregation, Iglesia HM Torre Fuerte (Strong Tower MB Church) in Bogotá , had sent him to California for studies in order to return and serve in Colombia, where he has been a church planter, pastor and professor of Bible and Theology.
When the MWC leadership nominated him as a candidate in January 2010, García submitted the matter to an intense process of discernment with Colombian church leaders and with close church friends in Fresno. The process ended in unanimous and enthusiastic support.
“The fact that many people were involved in different interviews,” said García, “encouraged us to trust God’s leadership and gave us the courage to accept this calling.” He added that his commitment to the Colombian church continues, but in the context of this broader appointment. The location of the office in Colombia will allow him to maintain regular contact with the church there.
García is married to Sandra Báez, who is also completing studies in Fresno. They have two teenage daughters, María and Paula.
--May 4, 2011